"The act of the cricketers was unusual. In Caribbean islands, the football and soccer players do this but it was unexpected from Sammy's boys," said St. Lucia cricket association. (Photo: AP)

Mumbai: Few of the West Indies Cricket Board (WICB) officials believe that their male players were "over jubilant" while expressing their joy after winning the ICC World T20 (against England) at the Eden Gardens, Kolkata on Sunday.

"Many of the team members removed their shirts and few players also threw at the spectators. This (removing shirt in open) was definitely the "uncivilized manner", one of the officials of the St. Lucia cricket association, said on condition of anonymity.

Interestingly, the captain of the West Indies team, Darren Sammy, also belongs to this island.

Video: Windies dance the night away in 'Champion' style

"The act of the cricketers was unusual. In Caribbean islands, the football and soccer players do this but it was unexpected from Sammy's boys," the official added.

Thank God the women players didn't go to such extent. The girls are level-headed. It would have been embarrassing otherwise." 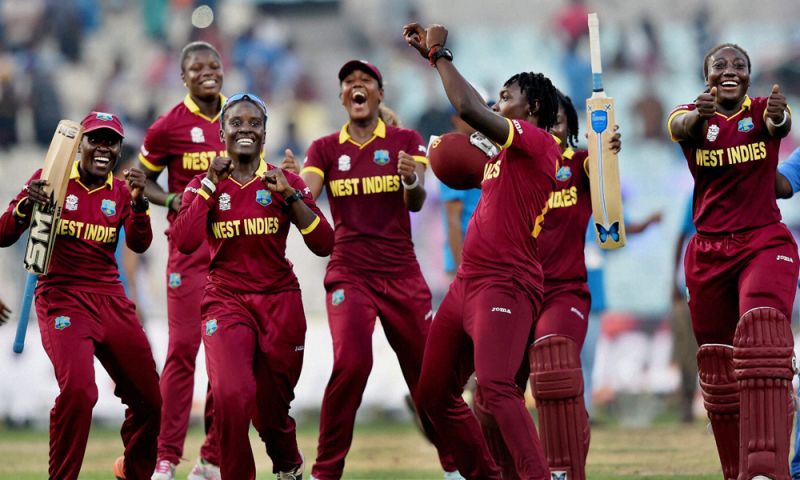 India's Sourav Ganguly too removed shirt in this fashion though. He also wanted other players to follow this but was politely refused by Sachin Tendulkar, Rahul Dravid and VVS Laxman.

Rudi Webster, who, in the past has worked with the Windies players as their psychologist, and Dave Cameron, the Windies cricket board president refused to comment on current players’ attitude.

However, the players are likely to be addressed on this subject.

The players may have done this (removing shirts in open) in excitement. We shall address this issue with them," Julian Charles, the president of the St. Lucia cricket association, said.

The 55-year-old Charles, who is a chairman of the Cricket Committee of the West Indies Cricket Board, has played 48 First-Class matches for Windward Island.