Mumbai: Outspoken Indian cricketer Harbhajan Singh had predicted a minimum 3-0 win for India in the four-match Border-Gavaskar series before the contest began. The off-spinner was made to take back his words after the Virat Kohli-led India lost the first Test by 333 runs in Pune.

However, a sensational 75 runs win for the hosts in Bengaluru, after being completely outplayed in the first two days of the Test, has sprung the Turbanator back into action.

The senior cricketer posted a picture of himself making a finger-to-lips gesture on Twitter immediately after India’s win, with the caption: “IND-1 AUS-1 welldone my boys @BCCI time 2 go up in th series @imVkohli @cheteshwar1 @ashwinravi99 @anilkumble1074 A picture for th haters. (sic)” 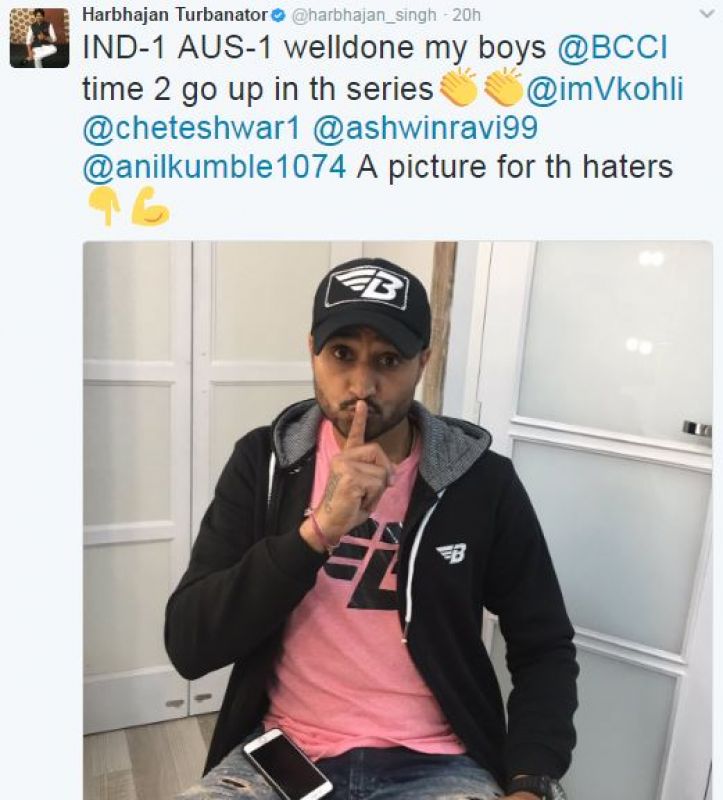 Earlier, Cricket Australia had trolled Harbhajan after the Pune Test for his prediction, which was also retweeted by David Warner. 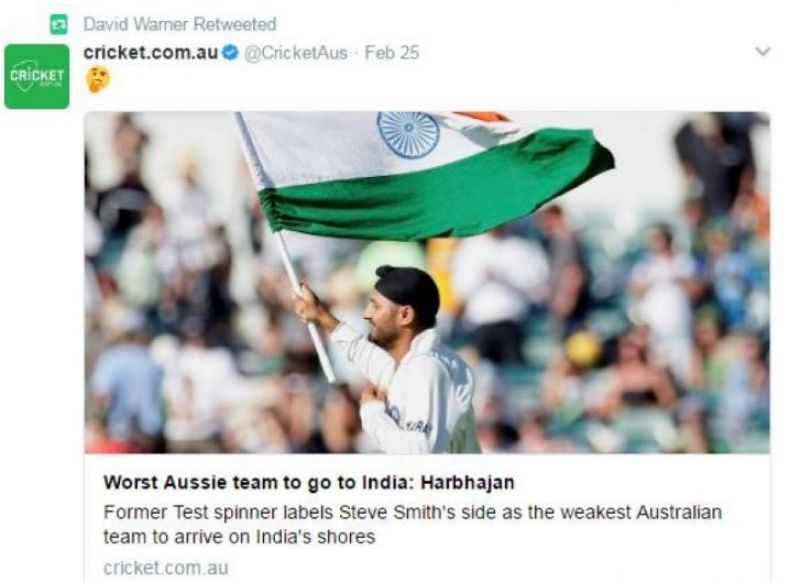 Indian bowlers led by Ravichandran Ashwin bowled Australia out for 112 to defend a modest target of 188 and to level the series 1-1 in Bengaluru.

The third India-Australia Test will begin on March 16 in Ranchi.