Kohli tweeted in support of Anushka in March with a picture of the word ‘SHAME’ against haters, who were targeting the alleged girlfriend of the cricketer for India’s exit from the World T20. 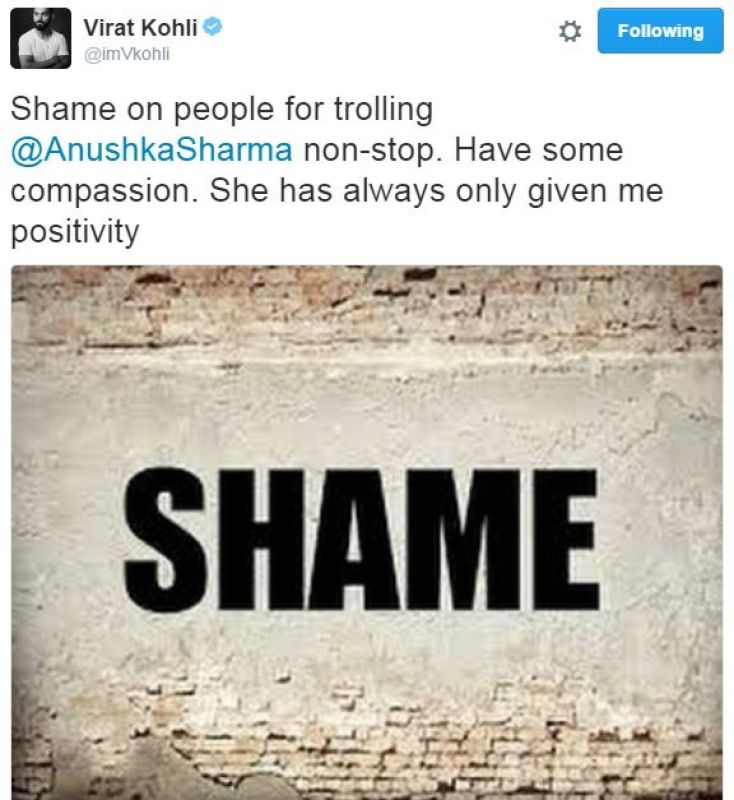 The tweet was retweeted over 39,000 times and has also garnered over one lakh likes.