But having seen Amir close up during Pakistan's opening match of their England tour, Somerset coach Matthew Maynard was struck by a likeness to a fast bowler from an earlier generation than Akram in 1970s West Indies great Andy Roberts.

As well as sheer speed, right-armer Roberts was known for his ability to bowl a second bouncer that was markedly quicker than the first one a batsman had received from the Antiguan.

They may have very different delivery actions, but having witnessed Amir mark his return to first-class cricket in England with three for 36 in Somerset's first innings, Maynard was clear the 24-year-old had something of Roberts's bowling intelligence about him. 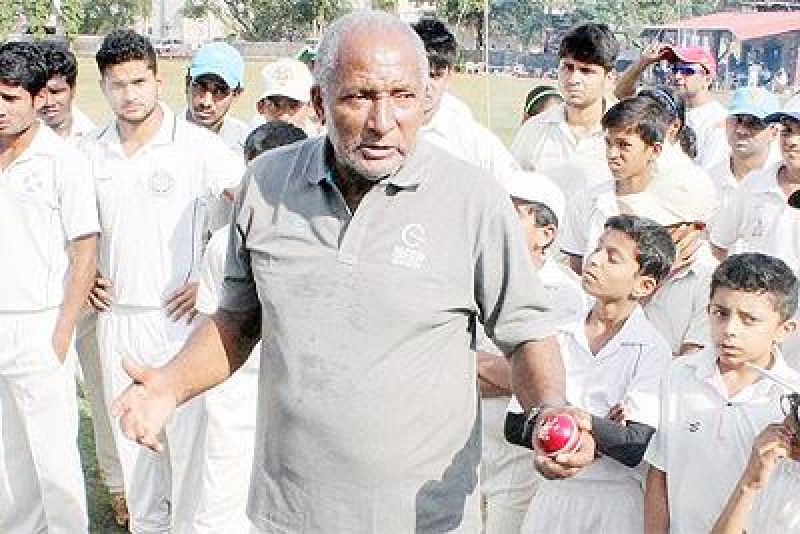 And this despite Amir having only recently returned from a five-year ban and jail sentence imposed for his part in bowling deliberate no balls as part of a tabloid newspaper sting during the 2010 Test between England and Pakistan at Lord's.

"He was swinging it massive in the first innings, proper late big swing," said former England batsman Maynard of Amir.

"He's a threat, he always has been, hasn't he? He's got that pace, he's wiry, he's got a change-up, you don't see that too often these days," he added.

"He's someone who almost bowls at 90 percent, 95 percent of his capabilities and then he throws that 100 percenter in, that change of pace up, like the old great Andy Roberts," explained the 50-year-old Maynard.

"We don't see that as often these days," said Maynard, with Amir in line to make his Test return at, of all places, Lord's where a four-match series with England starts on July 14.

The Somerset coach also had words of praise for Pakistan leg-spinner Yasir Shah, returning to first-class cricket after several months out serving a drugs ban for taking a masking agent.

Shah almost bowled Pakistan to victory at Taunton by taking four for 107 in 32 overs as Somerset clung on for a draw on Tuesday's final day of three.

"Yasir Shah, first outing what for six months or so in this game? He hardly bowled a bad ball, he was getting his fingers round it as the spell developed on a wicket that was pretty unresponsive for him, he looks a class act," said Maynard.

Maynard said that if Pakistan's openers — who were Mohammad Hafeez and Shan Masood at Somerset — could get through the opening overs from England's James Anderson and Stuart Broad, the team could yet spring a surprise.

"Their openers potentially, if they sort that out, if they can get off to good starts, I'm sure they will get enough runs on the board.

"We know that Pakistan have always had a quality bowling line-up. They learn to bowl on good true wickets and the skills that they develop are terrific.

"I think England are in a brilliant place as a team at the moment. They are playing good, positive cricket, aggressive with the bat and likewise aggressive and disciplined with the ball. I think it will be a great series."

Somerset stalwart Marcus Trescothick may have been out for eight in the first innings, but the 40-year-old former England opener, who could easily have chosen to miss this match, made 106 in the southwest county's second innings.

"At the end of the day, when you get a senior player like Marcus who does what he does, not only with the bat but with the intensity he runs between the wickets, he loves the game and that rubs off, that's such a powerful tool," said Maynard.

"Whatever we say as coaches pales into insignificance when you've got a peer who goes about his business like Marcus... He's a pleasure to work with."