DECCAN CHRONICLE.
Published Mar 7, 2018, 7:12 pm IST
Updated Mar 7, 2018, 7:57 pm IST
Shami was the part of India test and ODI side which toured South Africa in which he was the highest wicket-taker in test series.

Mohammad SHami's from the list comes at a time amid the ongoing controversy involving his wife. (Photo: BCCI)

Mumbai: Team India pacer Mohammed Shami was dropped from The Board of Control for Cricket in India (BCCI) central contract which was announced on Wednesday.

Shami was recently part of India test and ODI side which toured South Africa. He was the highest wicket taker for India in the test series with 15 wickets, while he did not get a game during the ODI series. 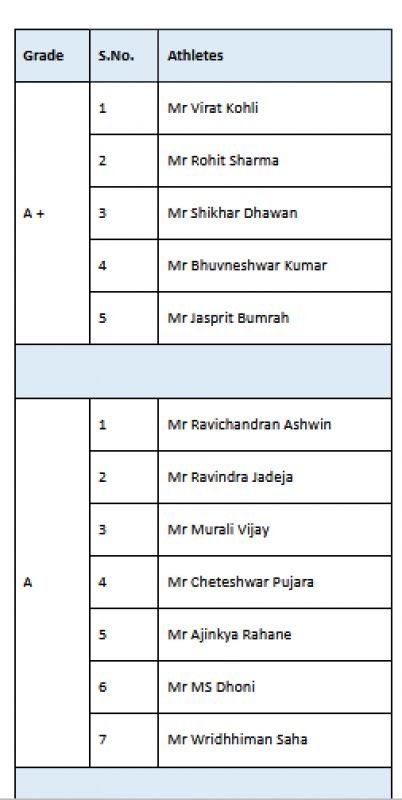 BCCI screengrabThe pacer’s removal  from the list comes at a time amid the ongoing controversy involving his wife, who accused him of having extra-marital affairs.

Shami was placed in the B category in the last term of BCCI central contract .

With ICC Cricket World Cup slated to be played in England next year, Team India are currently looking for find best bowling combination for the mega event.Shami is currently being rested for the ongoing Tri- nation Nidahas Trophy.

Even before the start of the tournament, the team management have already got their core pacers in Bhuvneshwar Kumar and Jasprit Bumrah as far as the limited overs format is concerned, but bowling coach Bharat Arun, along with head coach Ravi Shastri and skipper Virat Kohli, will be looking to at least have three more back-up options in place.

Speaking exclusively to ANI Arun had said "Yes, the Sri Lanka T20 Tri-series will give us ample opportunity to test the bench strength of our pace bowling unit. We have two world class operators in Bhuvi and Bumrah but we have also created a good pool. The pacers (Mohammed Siraj, Shardul Thakur and Jaydev Unadkat) who are going to Sri Lanka will be looking forward to grabbing the opportunity," .

"Since we have a long season ahead, we have to be ready for any injury or fitness issues. Shardul Thakur has come up nicely and done well in South Africa also. Even Shami and Umesh are very much in contention as they will be playing the Deodhar Trophy (for India A and B respectively)," Arun said during an exclusive interview.

The BCCI  on Wednesday introduced a new grade system altogether in which  Grade A+ players will be paid  Rs 7 crore, Grade A players will get Rs 5 crore , while Grade B and Grade C players will receive Rs 3 crore and Rs 1 crore respectively .