Sachin Tendulkar with his son, Arjun

For many people, role models can be found in their own families, in the form of their fathers. They grow up idolising their father and look forward to stepping into his shoes. When cricketers retire, many doubt if the next generation will be players of a similar ilk. So it’s heartening to see the second generation exhibiting the potential to take the world by storm. Arjun (son of Sachin Tendulkar), Samit (son of Rahul Dravid), Mohit (son of Nayan Mongia), etc. belong to the GenNext that is excelling on the field.

Arjun Tendulkar, the 18-year-old left-arm pacer, had a memorable outing when he claimed his maiden international wicket in the first over itself against Sri Lanka’s U-19 team during the first Youth Test Match in Colombo. But this isn’t the first time he’s shining. The young cricketer caught the eye of everyone during Cricket Club of India’s tour to Australia last year.

Cricketer Rahul Dravid’s elder son, Samit, isn’t far behind. He recently impressed everyone with his all-round performance in school cricket. The 12-year-old was also the best batsman in Karnataka’s BTR Cup and U-14. 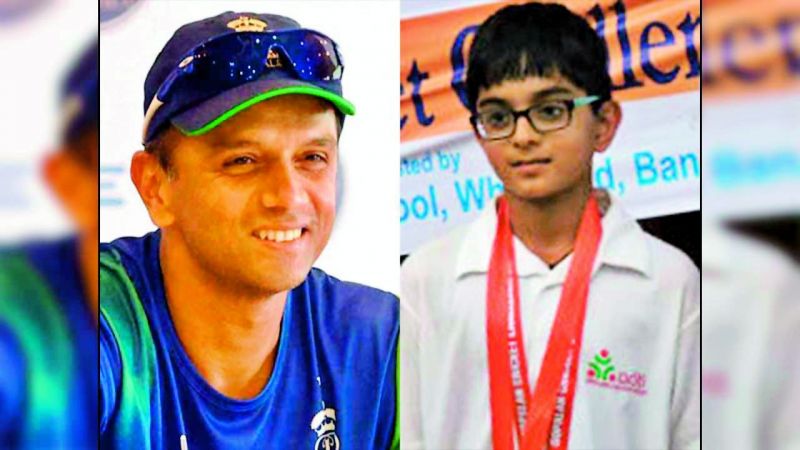 Commenting on this talented second generation bunch, former cricketer Sreesanth says it is good to have an influx of new talent. He adds these star kids need to be respected for working hard to live up to their fathers’ name.

“As a player, I know how tough it is to constantly perform, so these kids need to be appreciated for trying to emulate their legendary fathers. Obviously, any father would be proud to see his son doing well. I met Arjun in England when he came to play in the junior’s team; he’s an exciting talent,” says Sreesanth.

Interestingly, youth cricket has been the breeding ground for future stars for a while now. The likes of Virat Kohli, Yuvraj Singh, Md Kaif, etc., have all jumped to the national team directly after delivering stellar performances at the U-19 level.

But sportswriter and author Ayaz Memon states it is unfair to compare them with their fathers.

“Comparing youngsters with their fathers is unfair. Let’s allow them to be what they are and play their game,” says Ayaz, adding that their future depends on how serious they are about playing for India.

Rahul Dravid seems to be calm and collected, as usual, when he says his son is too young to plan a career in sports. “He’s just 12. He enjoys playing cricket and other sports too. But he’s too young to consider a career in sports, so it is premature for me to comment. I’d rather leave the choice to my kids on what they want to become.”