Mumbai: If there was one player who made it big in the recently concluded ICC World T20 from Team India, then it had to be run-machine Virat Kohli. Kohli, who scored 273 runs with the average of 136.50 and strike rate of 146.77, registered three half-centuries to finish as the second highest run-getter in the tournament behind Tamim Iqbal (295 runs).

Days after India were knocked out from the glamorous tournament in the second semifinal against West Indies, Kohli, who was also named the Player of the Tournament, has now touched yet another feat.

According to data revealed by Twitter, Kohli has overtaken his skipper MS Dhoni and Jamaican big-hitter Chris Gayle to become the most mentioned player on the micro-blogging site with 10,212,409 followers. 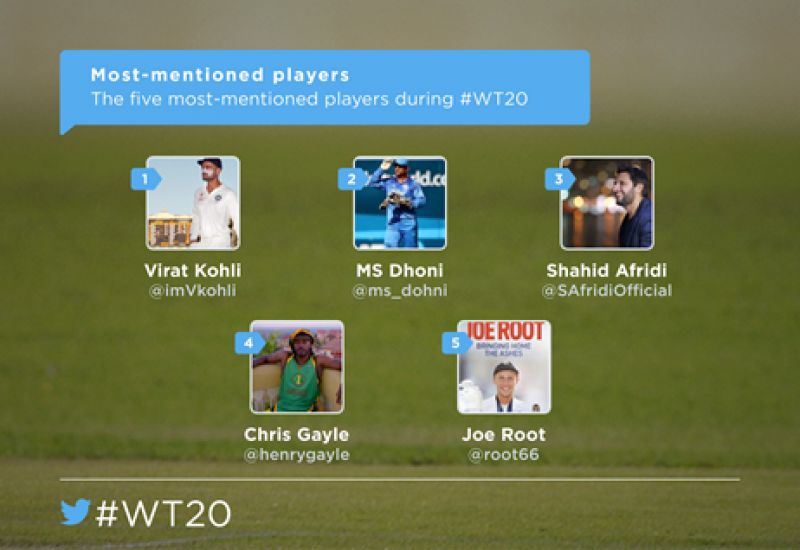 The International Cricket Council on Monday named Kohli as skipper of team of ICC World T20. Indian veteran Ashish Nehra was the only other Indian who made it to the team.

The World T20 turned out big on Twitter with 5.74 billion Live Impressions (tweet views during the Live TV windows for each of the games). The global event was the biggest ever tweeted T20 International tournament with over 8.99 million tweets.

Read: Why didn’t Jadeja invite Dhoni, Raina to his wedding?

With over 1.12 million Tweets, #INDvPAK game was the most talked about match during this tournament. 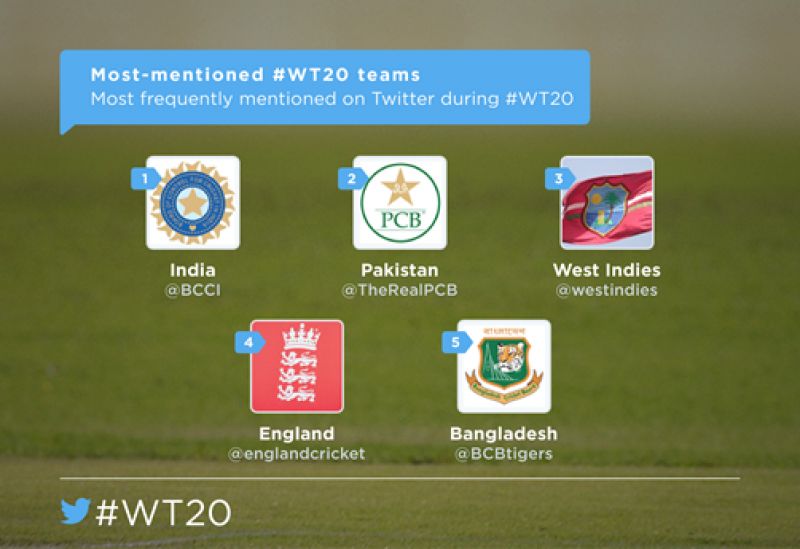 The data revealed also showed the top 5 moments of World T20 along with most number of matches talked about on Twitter as well as the teams who were mentioned the most. 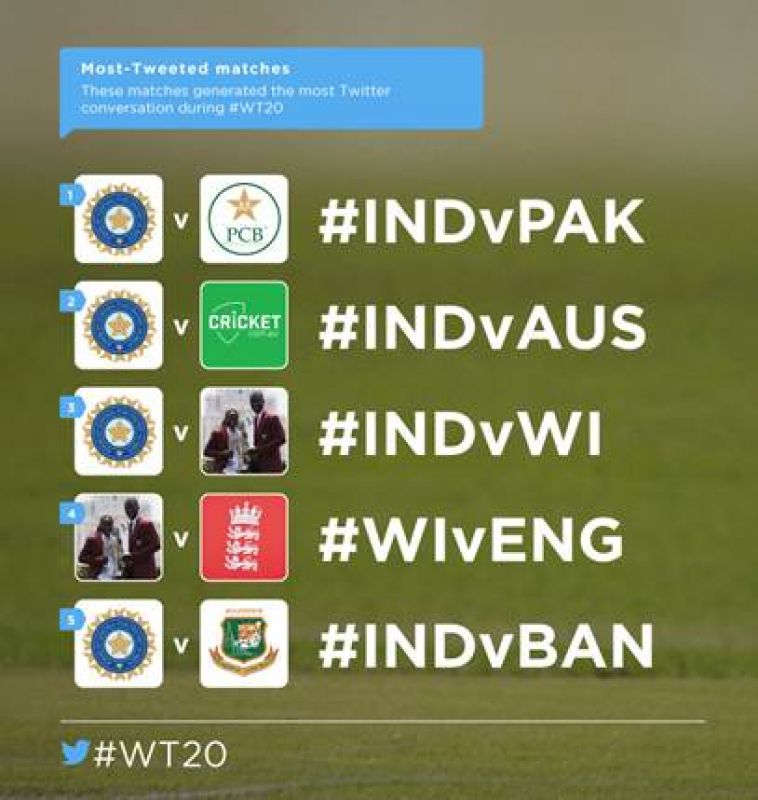 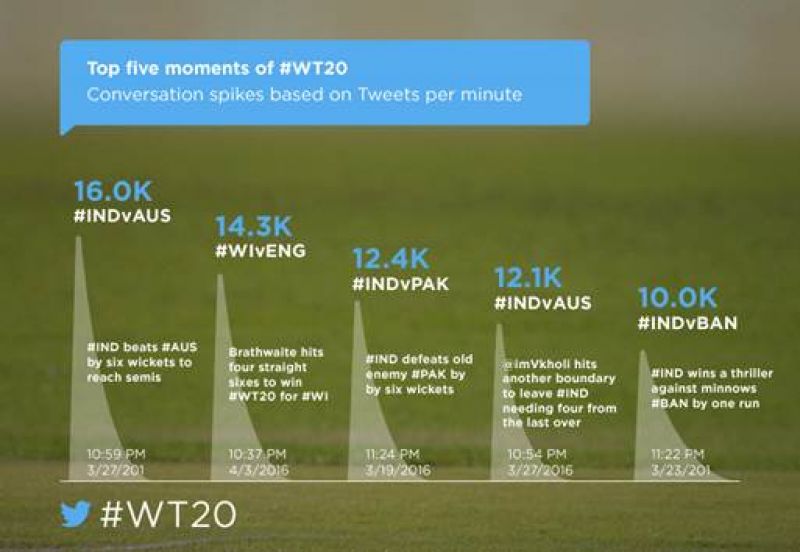 Here are some of the Most retweeted tweets from World T20:

What a match! Proud of our team. Great innings @imVkohli & exemplary leadership @msdhoni.

Woooow @imVkohli ...special it was... Great win, fighting all the way! #IndvsAus

Thank you for the positive energy & wishes. To do it in front of my idol @sachin_rt feels surreal. #Grateful pic.twitter.com/YaOMT4T6oD

Virat Kohli is some player!In the high pressure situations shows what type of player you are and he does it time and time again! #IndvsAus

What an innings! Virat SALUTE ! This innings was a combination of a marathon, a chess game, and archery! Bullseye! Love and respect! a.