Pintu has met Virat Kohli once in Vishakhapatnam. Upon meeting him, Kohli was surpised and shocked.

Mumbai: Pintu Behra, a 40-year-old civil contractor in Behrampur (Odisa) has his birthday on 15th June but cuts birthday cake on 5th November every year. The reason: "It is Virat Kohli's birthday today and I never forget to celebrate my God's birthday", he said over telephone from his native.

"Since 2012 I have been following Virat's career and have remembered all his records".

Not only that, Pintu has tattooed Virat's photographs and all his major records on his upper body parts. 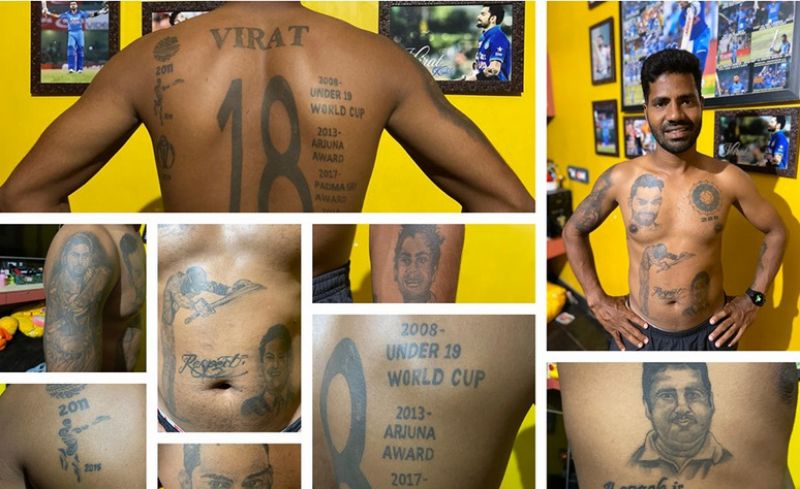 "Once I saw a Raveena Tandon fan having tattooed 'Ravina, I love you' and it inspired me to have the same for Virat on my body."

"I always wear full shirts and my wife was surprised when one night she saw Virat's tattoo on my chest". 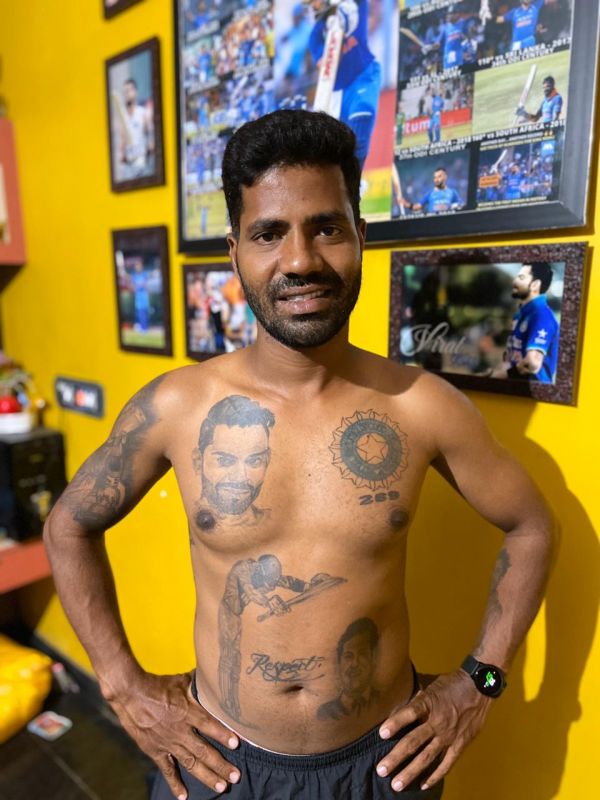 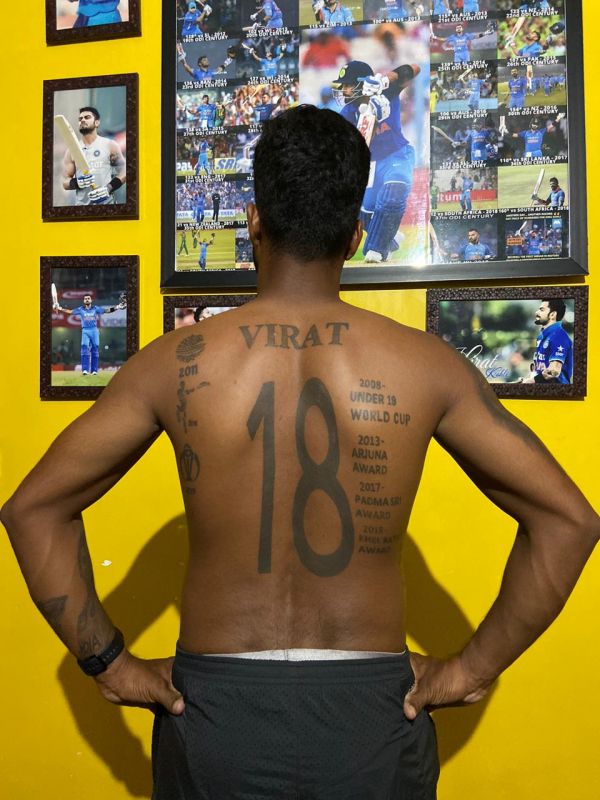 "Yes, my wife did not like it initially but now she has accepted the fact and my love for Kohli", he further added.

Pintu has met Kohli once. "It was during Vishakhapatnam match when I met Kohli. I removed my shirt and he was astonished to see his own tattoos on all my upper body parts. He looked at all and I became speechless".

Kohli, who is resting for the T-20 matches against Bangladesh, is in Bhutan with his wife-Anushka for his birthday celebration but his cake will also be tasted by Pintu's family and friends in Behrampur.