England skipper Joe Root had to review two verdicts by the umpire to remain at the crease. (Photo: AFP)

New Delhi: As if West Indies umpire Joel Wilson's wrong decisions in the Ashes were not criticised enough, former England skipper Michael Vaughan also jumped on the bandwagon as he slammed the umpire, saying 'when Wilson gives you out, you just review it'.

"When Joel Wilson gives you OUT .. You just review it .. #Fact #Ashes," Vaughan tweeted.

When Joel Wilson gives you OUT .. You just review it .. #Fact #Ashes

Wilson has had a horrendous match, as he has given 10 wrong decisions up till now and England skipper Joe Root had to review two verdicts by the umpire to remain at the crease.

Cricketing fans also did not spare Wilson as they criticised him on Twitter.
"Joel Wilson has a new way of giving batsmen out.... #Ashes," one fan wrote. 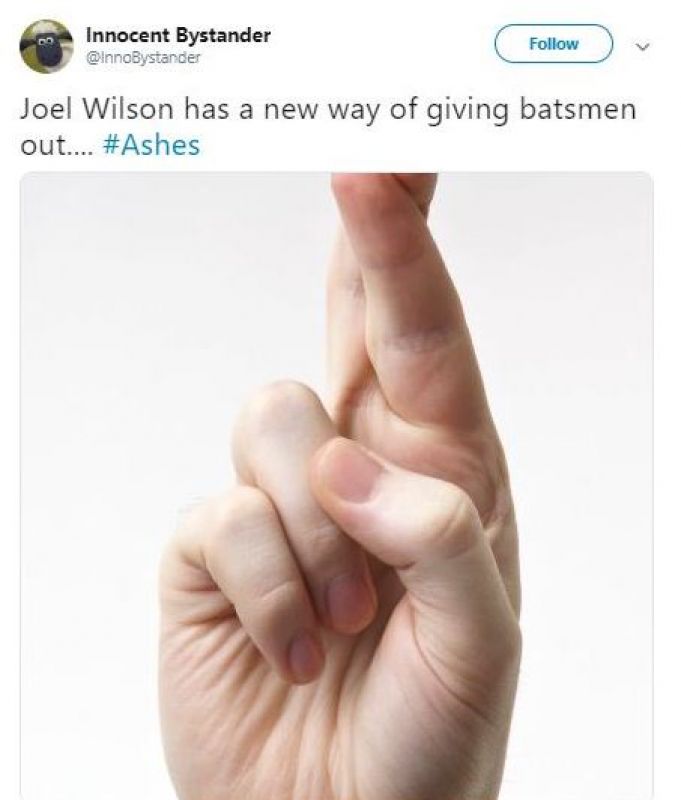 Earlier in the day, Wilson's Wikipedia page had also been changed as a fan had termed the match official "blind".

Umpires Joel Wilson and Aleem Dar have had a bad first test match in the series between England and Australia. From the very start of the match, the two got decisions wrong and even the commentators on air criticised the on-field officials.
In the current Test match, England are placed at 85/4 on day 5 in the final innings, in pursuit of Australia's 398 runs to win the match.