Not competing only against Dhoni: Raina

Mumbai: Indian all-rounder and skipper of new entrants Gujarat Lions in the upcoming Indian Premier League, Suresh Raina pointed out he won’t be competing only against MS Dhoni’s Rising Pune Supergiants but all other seven teams in the tournament.

“We are playing against 11 other players not only Dhoni,” Raina said here on Tuesday during the launch of a petroleum lubricant when asked if he would be wary of Dhoni’s side. 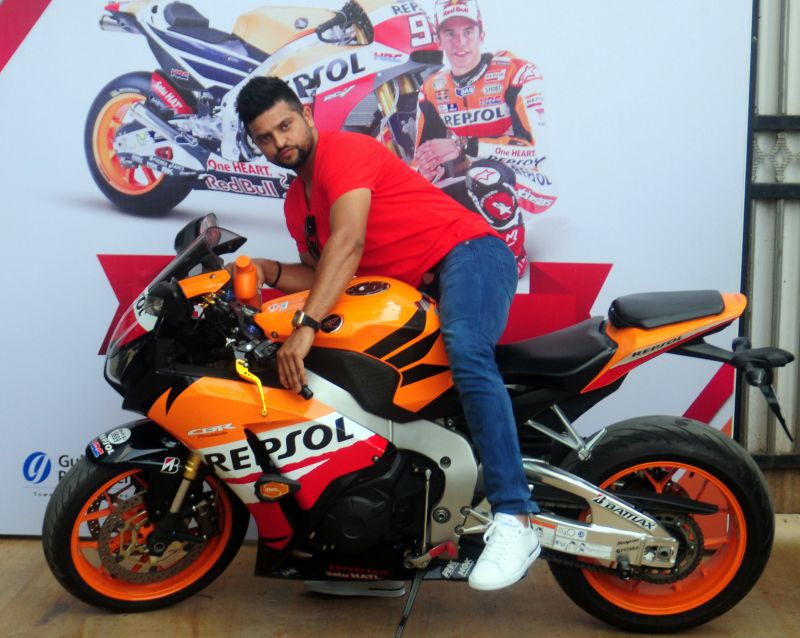 Suresh Raina poses with a sportsbike during the launch of a petroleum lubricant on Tuesday. (Photo: Debasish Dey/DC)

I am competing against total seven teams, all of whom are balanced and have done well in the past. I have played for CSK for eight years and learnt a lot of things there from senior players. Gujarat never had a team before, so it will be a great opportunity for the players and specially the youngsters.” he added.

In the last T20I games, Raina has just managed to garner 80 runs at a cheerless average of 11.42. In fact, his highest score was just a cagey 30 runs. However, he believes he has done well over the years and will continue smashing the white leather in the IPL.

Just go there and smash. That's what I have done in last few years with my IPL team or Indian team. I have done really well over the years. We did really well as a batting and a bowling unit in few games. You win some and you lose some, that's a part and parcel of your game,” he said. 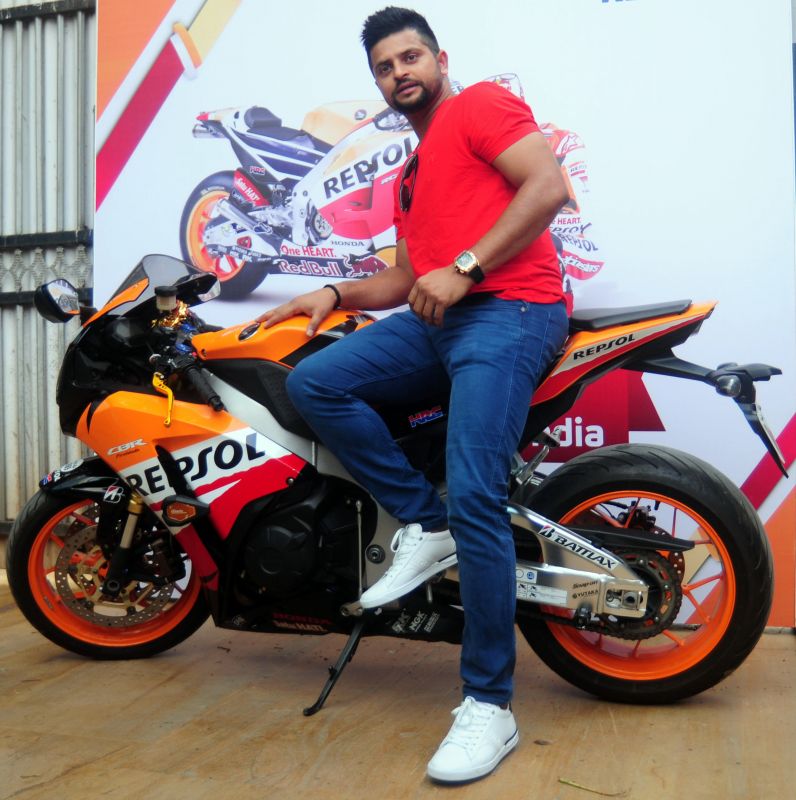 Suresh Raina looked cool with a red t-shirt at the the launch of a petroleum lubricant on Tuesday. (Photo: Debasish Dey/DC)

Raina was also glad to have ‘Champion’ West Indies all-rounder Dwayne Bravo in the ranks among Kiwi legend Brendon McCullum and Australia James Faulkner in their ranks.

Bravo is playing in an altogether different theme with the Champion song and after the World T20 win. I met him in Mumbai and he was really happy. I am very lucky to have him in my team,” Raina quipped.

Former Australia batsman Brad Hodge has been named coach of the Rajkot-based outfit. “McCullum did not play World T20 and we wanted to focus on IPL. This shows how much experience we have in dressing room,” he added.

During the event Raina hit back at a journalist when asked if he preferred an India coach or a foreigner. The BCCI is on the lookout for a new coach after Ravi Shastri’s contract expired immediately after India’s ouster in the ICC World T20.

Sir, are you comfortable with your own wife or somebody else’s? That is the job of BCCI. Whatever I get on my plate is what I can utilise. Everybody knows the responsibility of their jobs. Playing for the country for the last 11 years, I know what I have to do while bowling or in the field. It’s all professional how you go about it,” Raina retorted.

The 29-year-old Uttar Pradesh cricketer was all praise for Darren Sammy-led West Indies after they recently created history to become the only nation to win the ICC World T20 twice. The Caribbeans left Wankhede in tatters defeating the hosts in a nerve wracking encounter in the second semis.

I am very happy for the West Indies. They played really well in the World T20. They knew the conditions and the players and prepared well accordingly. The World T20 was good learning process for us,” Raina said.