The awry incident has been the top story of quite a few national dailies in Bangladesh. (Photo: BCCI)

Dhaka: With clinical performances so far, Mahendra Singh Dhoni-led Team India will square off against a confident Bangladesh side, here in the final of the Asia Cup T20 tournament on Sunday. However, the summit clash has been marred by an ugly incident.

Bangladeshi cricket fans have gone overboard with their celebrations of reaching the final as one of them morphed a picture of pacer Taskin Ahmed holding a chopped head of India skipper Mahendra Singh Dhoni. The picture took social media by storm on Wednesday after Mashrafe Mortaza-led side stunned Pakistan to book a berth in the final. 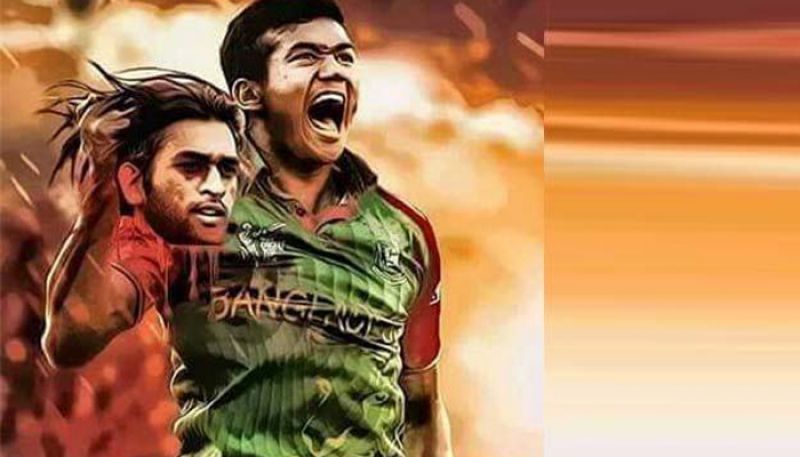 Bangladesh fans have crossed all limits with this picture of MS Dhoni's severed head. (Photo: Twitter)

Team India Director Ravi Shastri did not pay heed to the childish act of the fan. On being informed about the picture that was uploaded on Twitter, Shastri said, “It's not our job to look at newspapers, our job is to play cricket. It's your job to find out what stories are getting published in the dailies. When we play cricket, we do not concentrate on newspaper articles. So you all can make your own assessments by reading those stories."

Shastri was addressing reporters at the pre-match conference ahead of the final. The awry incident has been the top story of quite a few national dailies in Bangladesh.

India have found new rivals in Bangladesh and a lot of tension has been brewing amongst the fans of both nations.

In another incident, Pakistan cricket fan Mohammad Bashir didn’t receive the right respect from Bangladesh fans after his team’s loss to ‘The Tigers’ in the Asia Cup. 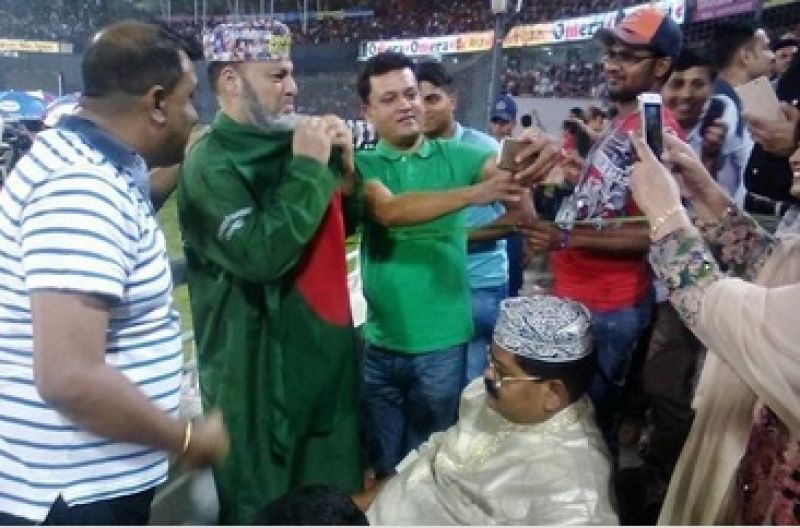 There are allegations that Bashir was forced to wear the Bangladesh flag after his team’s loss to Pakistan in Mirpur Wednesday. 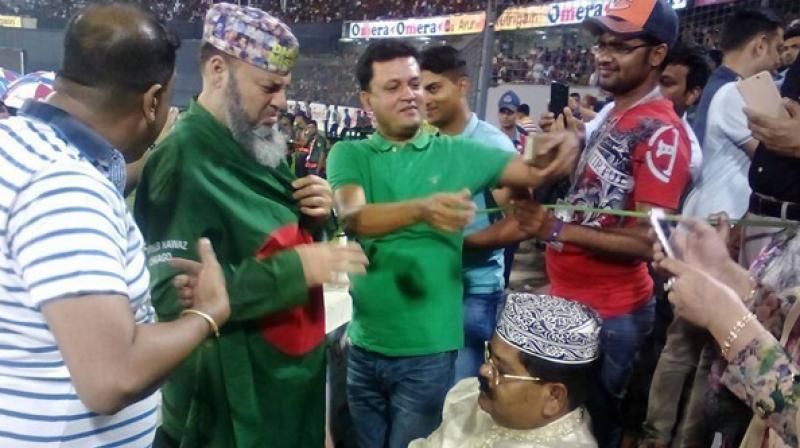 Last year a war broke out between the neighbouring nations when Rohit Sharma was saved by a wrongly adjudged 'no ball' in the Indo-Bangla World Cup match.

However, this is not the first time that Bangladeshi fans have made such morphed images. 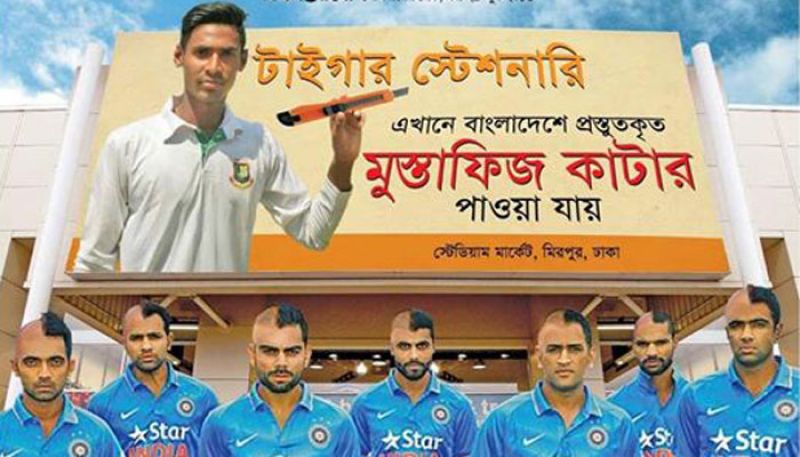 Showing utter disrespect towards the Indian cricket team, a Bangladeshi newspaper has produced a fake 'cutter' advertisement, in which seven Indian cricketers are seen standing with their heads half-shaven. (Photo: Facebook)

After Dhoni's men lost a three-match ODI series against Bangladesh last year, a local news paper had published an image of pacer Mustafizur Rahaman holding a cutter and beneath him was Ajinkya Rahane, Rohit Sharma, Virat Kohli, Ravindra Jadeja, Dhoni, Shikhar Dhawan and Ravichandran Ashwin with half shaved heads.

Bangladeshis have been drawing a lot of flak and this time they have just crossed all limits.