Johannesburg: South Africa routed Sri Lanka by seven wickets to take the third one-day international at the Wanderers on Saturday in a match held up for an hour after bees swarmed onto the famous arena.

Sri Lanka had just lost their fourth wicket with the total on 115 in the 25th over when, with new batsman Asela Gunaratne about to face his first ball, the slip fielders dropped to the ground at Johannesburg's Wanderers Stadium. 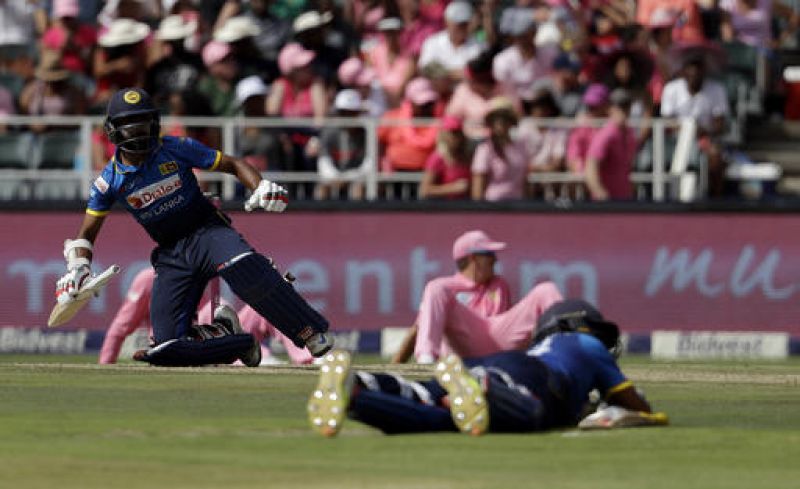 Sri Lanka's batsman Niroshan Dickwella, left, and other players lay down to avoid a swarm of bees. (Photo: AP)

Other players quickly followed and there was a short delay. At one time all 13 players and both umpires were lying face down on the field as the bees buzzed over them.

Play resumed but midway through the 27th over the bees converged on a helmet which had been placed behind wicketkeeper Quinton de Kock and the umpires stopped play. 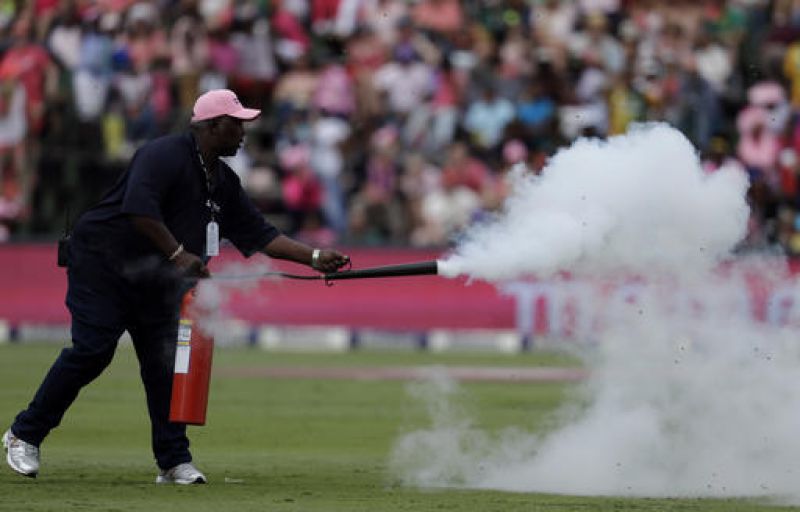 Groundsman sprays bees with a fire extinguishers after they swarmed onto the pitch. (Photo: AP)

Ground staff emptied two fire extinguishers into the swarm. The players returned after a delay of more than 20 minutes but again left the field because there were still bees in the area where de Kock needed to stand.

Play resumed after a break which was officially calculated to be exactly an hour, taking into account a drinks break, and no overs were lost.