After the announcement of Virat and de Villiers, there was a buzz in the air that spinner Yuzvendra Chahal or West Indian powerhouse Chris Gayle would be the next name but to the crowd’s surprise it was Sarfaraz who played his last competitive T20 in February last year. 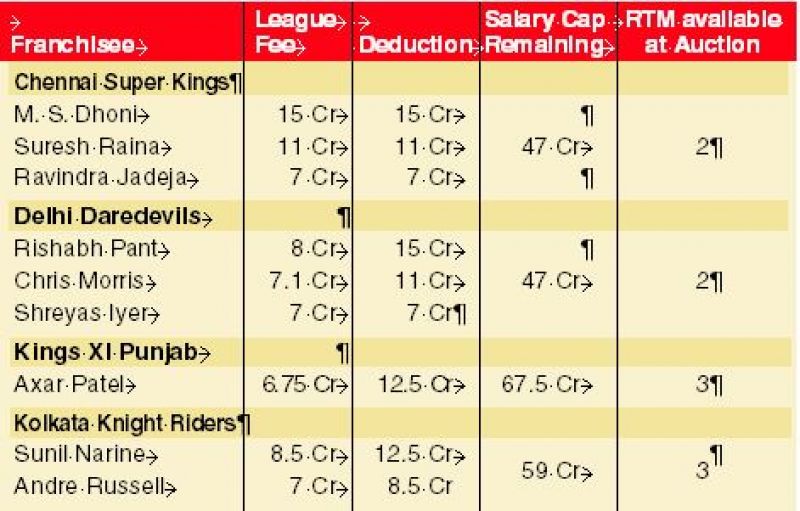 RCB Chairman Amrit Thomas was all praise. “Sarfaraz is one of the players we believe will rise to great heights, not just in the IPL but in world cricket,” he said.

“We believe that together, Virat, AB de Villers and Sarfaraz embody the ‘play bold and fearless’ outlook that is inherent in RCB, and we are excited to retain them for IPL 2018,” Amrit added. 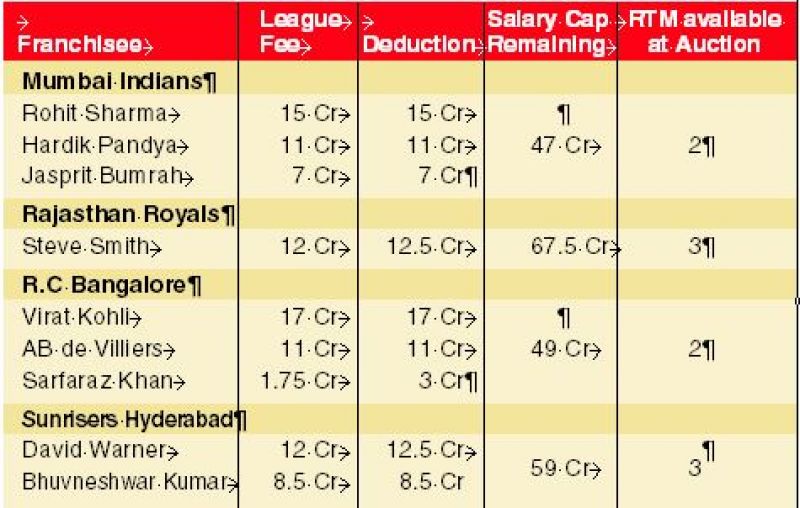 Delhi boys left out
Other bolt from the blue was Kolkata Knight Riders (KKR) leaving skipper Gautam Gambhir and retaining just Sunil Narine and Andre Russel which is being speculated as a move to save the budget and use the Right to Match (RTM) at the player auctions. Another opener from Delhi, Shikhar Dhawan was not retained by Sunrisers Hyderabad. The left-hander has been a part of their squad since the inception of the team. VVS Laxman who represented the team revealed David Warner and Bhuvaneshwar Kumar as the players saved by SRH.
Dhoni & Co. reunite

Inevitably, Chennai Super Kings marked their return by retaining their top three Indian players — M.S. Dhoni, Suresh Raina and Ravindra Jadeja. Six time finalists stuck to their core that helped them lift two IPL trophies in the past. The two time champions spent Rs 33 crore as they retained the trio.

New coach, old core
Delhi Daredevils CEO Hemant Dua, announced that Ricky Ponting will take over as the head coach. The capital based team retained South African allrounder Chris Morris along with the pair of young Indian lads Shreyas Iyer and Rishabh Pant. In the 2017 season, Pant scored 366 runs in 14 games in while the fresh Indian debutant Iyer scored 338 runs in 12 games. Both of them missed to score centuries by three and four runs respectively.

Single retentions
Champions of the first edition, Rajasthan Royals retained the Australian skipper Steve Smith who is their only player held back. The fashionable batsman scored 472 runs in 15 games for dissolved team Rising Pune Supergiant in the previous edition. On the other hand, Kings XI Punjab retained left-arm spinner Axar Patel who is making rapid strides in international Twenty20 cricket. He has bagged 58 wickets in his 59 IPL games with KXIP.

Balanced champions
Champions Mumbai Indians have retained Rohit Sharma, Hardik Pandya and Jasprit Bumrah to stay steady which leaves them with only Rs 47 crore to spend at the player auction. Chennai Super Kings and Delhi Daredevils are other sides who have the same amount left to spend while RR and KXIP have the most (Rs 67.5 Cr) to spend.