Dale Steyn went off the field and headed to the hospital for scans after he injured his shoulder during the second day’s play of first Australia-South Africa Test. (Photo: AP)

Perth: While the South African side ended day two of the first Test against Australia with 102-run lead, their sojourn Down Under was hit by a massive blow after Dale Steyn was ruled out of the remainder of the series following a shoulder injury.

"He was taken to the hospital for preliminary scans which confirmed a new fracture of the bone in the shoulder joint," said South Africa's team manager Mohammed Moosajee.

"He will take no further part in the match (he will bat if absolutely necessary) and the series, and will return to South Africa to see a shoulder specialist who will advise on an appropriate plan of action," Moosajee added.

"An injury of this nature is rare and will in all likelihood require surgery but that will only be confirmed once we receive an opinion from the specialist," he concluded.

The Proteas pace-bowling spearhead injured his right shoulder on day two of the first Test at WACA in Perth. He was immediately rushed to the hospital as the Faf du Plessis-led side kept their fingers crossed.

The incident took place in the first session of second day’s play when Steyn went down in pain after bowling a delivery to Usman Khawaja.

Steyn had by then dismissed dangerous David Warner after the Australian had smashed 97 runs and was looking set to power Australia to a big total. 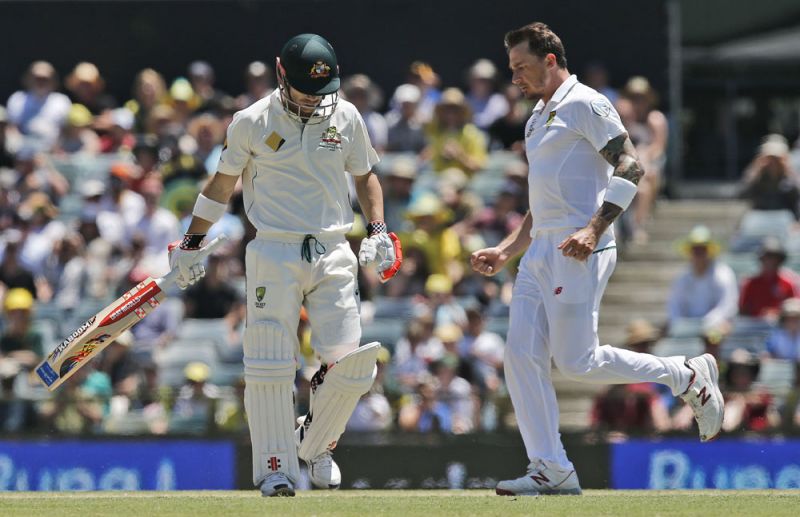 Earlier in the day, Cricket South Africa had said: “Steyn off the park, looks as though he has trouble with his shoulder.”

“He has aggravated an old right shoulder injury and is going to the hospital for further investigation,” added CSA.

Steyn getting sidelined from the series is a blow for South Africa who are already without their star cricketer AB de Villiers as he is recovering from an elbow injury.

Injury to Steyn means South Africa’s aspiration to seal their third successive Test series win Down Under could be in limbo.

Steyn, one of the best pacers to have ever played the game, has 417 wickets in 85 Tests and just four wickets shorts of overhauling Shaun Pollock’s record of highest wicket taker for South Africa in the longer format of the game.

Steyn was forced out of four-Test series against India after he sustained an injury during the first Test last year. The 33-yeard-old pacer had suffered a shoulder injury last December as he went surfing.