There are allegations that Bashir was forced to wear the Bangladesh flag after his team’s loss to Pakistan in Mirpur on Wednesday. (Photo: Facebook)

Mumbai: Team India treats Pakistan cricket fan Mohammad Bashir with respect. Skipper Mahendra Singh Dhoni even handed him tickets for the Asia Cup match against Pakistan. But he didn’t receive the same behaviour from the people in Bangladesh.

There are allegations that Bashir was forced to wear the Bangladesh flag after his team’s loss to Pakistan in Mirpur Wednesday.

Bashir — who travels around the world with the Pakistan cricket team — was reduced to tears.

According to reports, Mollah urged spectators to wrap Bangladesh’s flag around Bashir. Bashir could not do much there and had to abide by it. 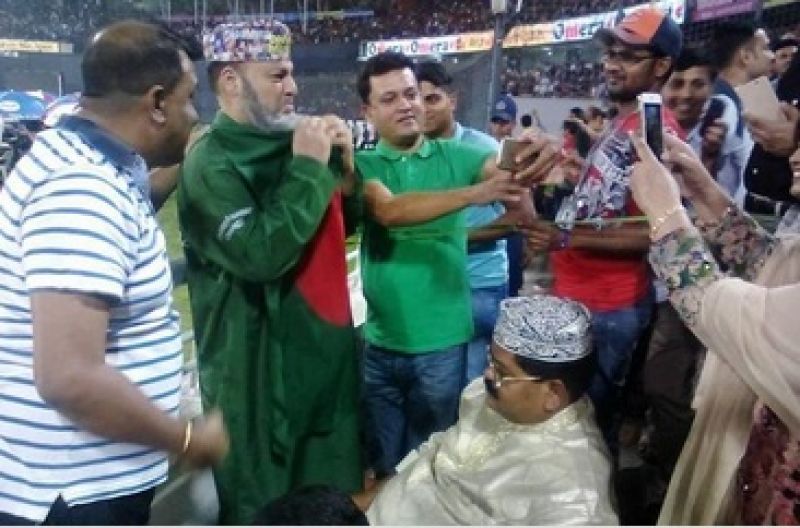