Aakash Chopra and Sreesanth were involved in a Twitter altercation. (Photo: BCCI / AP)

“He is eligible to play, but any cricketer who has been involved in spot-match-fixing scandals should not be given a comeback. It is not right to bring back those who sold the game and their country for personal gains,” Chopra had replied to a fan, who quizzed about Sreeshanth’s potential return. Sreesanth was banned from playing after his alleged involvement in spot-fixing while playing for Rajasthan Royals in the Indian Premier League.

That triggered a plethora of tweets from the Kerala pacer. “How can you be so two-faced? Bro? Ashamed to even call you that,” tweeted Sreeshanth. 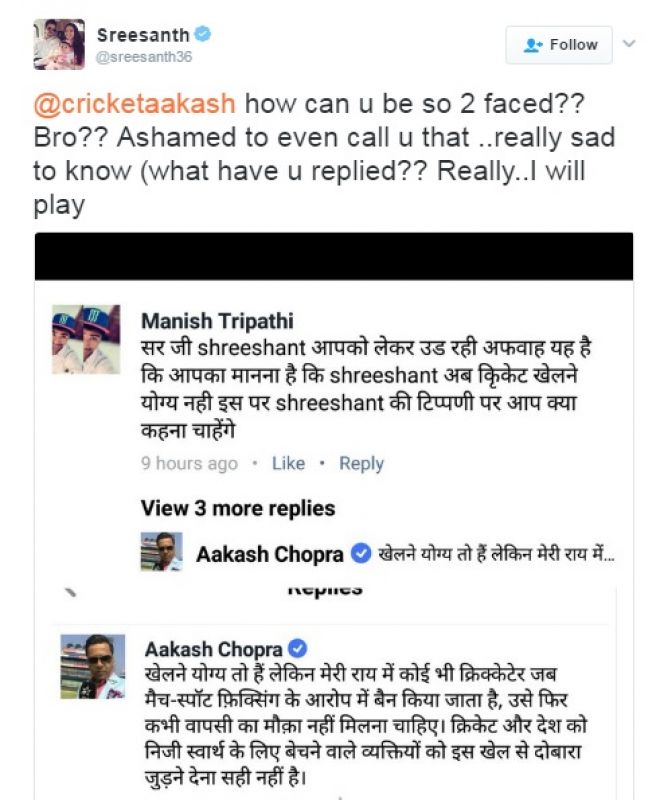 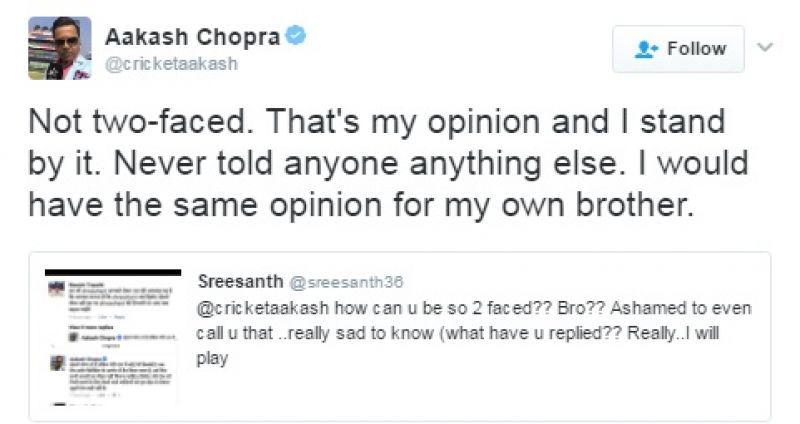 Then, one of the Twitter users asked Chopra how come he supported Pakistan's Mohammed Amir's comeback after he was suspended from cricket for 5 years following his involvement in spot-fixing. Chopra made it clear that he did not support Amir's comeback but his bowling.

Chopra's comments did not go down too well with Sreesanth as he said  he will represent India once again and Chopra wished him luck as the duo continued their Twitter exchange. 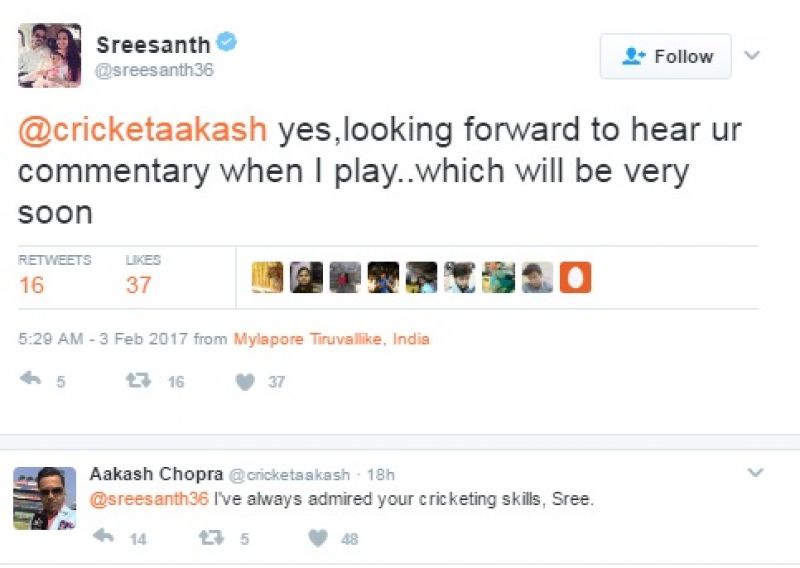 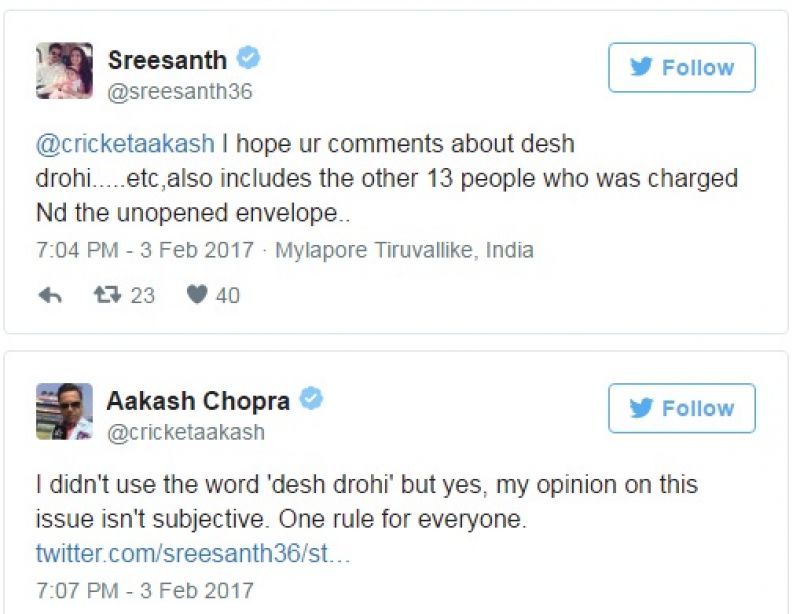 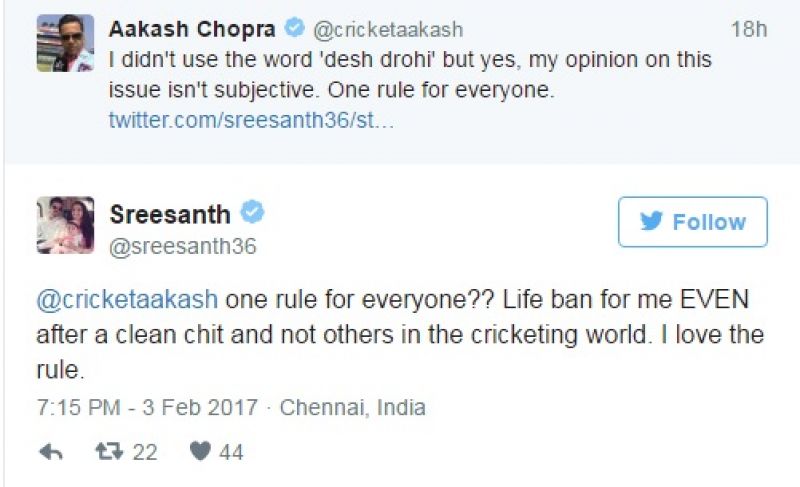 Sreesanth once again iterated that he will represent India once again with multiple tweets as Chopra did not reply.