Harbhajan Singh implores Karnataka govt to save the tiger

Harbhajan had previously praised the Karnataka government for conserving tigers in the state. (Photo: AFP)

The Turbanator tweeted a picture of a dead tiger, condemning the state government for failing to protect the national animals. 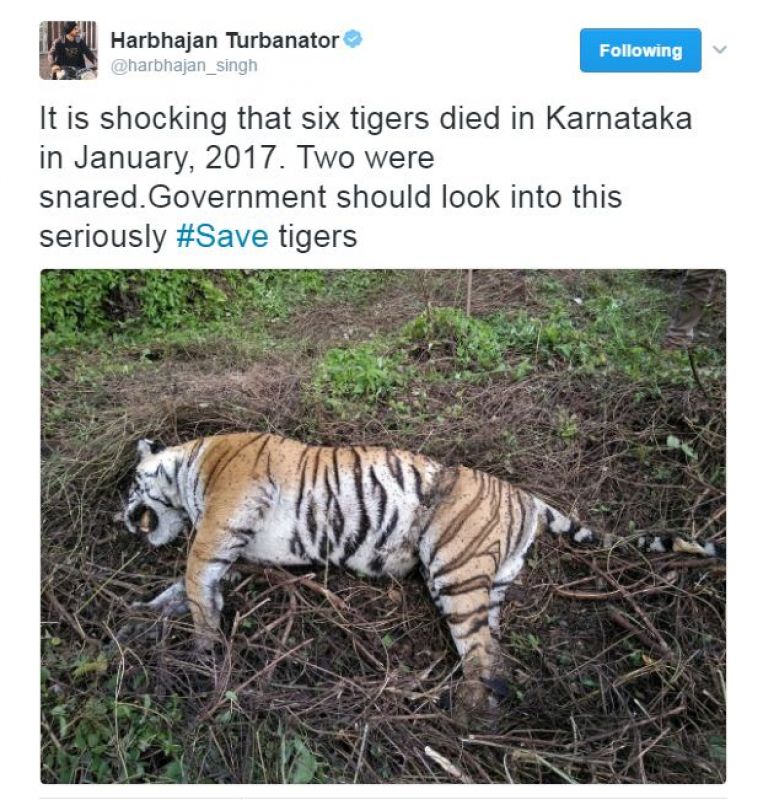 Harbhajan had previously batted for the protection of tigers in India, saying that it is the responsibility of the society to understand and protect wildlife on the planet. He had even praised the Karnataka government for the conservation of tigers at the National Tiger Reserve.

Although tigers are considered as an endangered species, their numbers have been on the rise over the last few years. Their numbers have gone from 1705 in 2010 to 2226 in 2014, according to reports.