Kevin Pietersen is trying to spread awareness about rhino-poaching through his unique bat. (Photo: Twitter)

Mumbai: Kevin Pietersen has been raising many eyebrows with his performances on the field. This time however, the South Africa-born English cricketer has caught everyone’s attention with a social awareness message he posted on social media.

Pietersen, who is in Australia to represent Melbourne Stars in the Big Bash League, walked out on the pitch at the Melbourne Cricket Ground in a derby match against Melbourne Renegades; he intrigued one and all with dark stickers on his bat.

The 36-year-old later went on to reveal the social message that he was trying to convey with his bat. Pietersen’s bat has stickers with small rhinos drawn on them. The English cricketer explained that he wanted to spread awareness about the poaching of rhinos, with his bat.

Rhinos are known to be an endangered species in this world, and are killed by poachers for their horns. 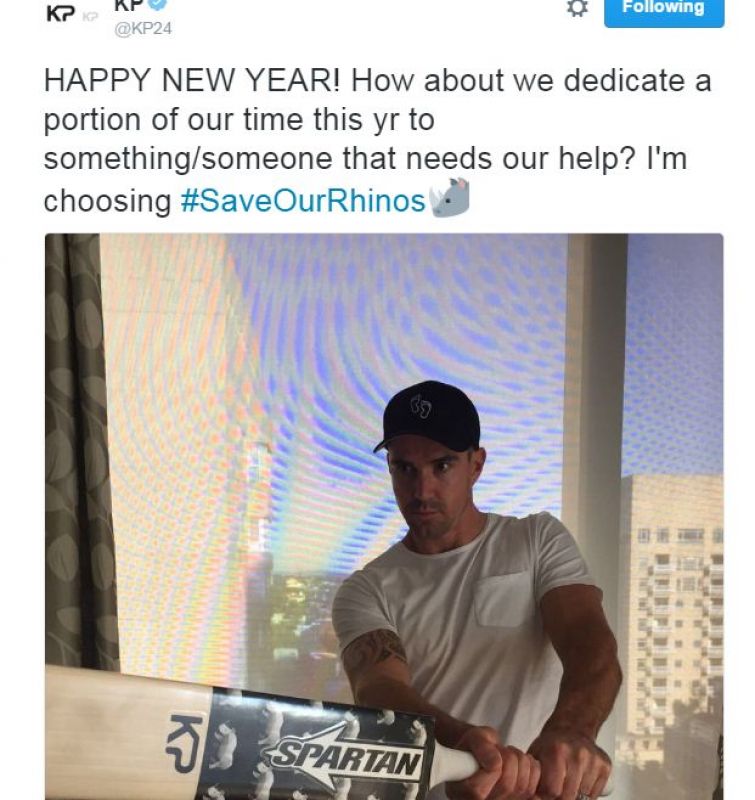 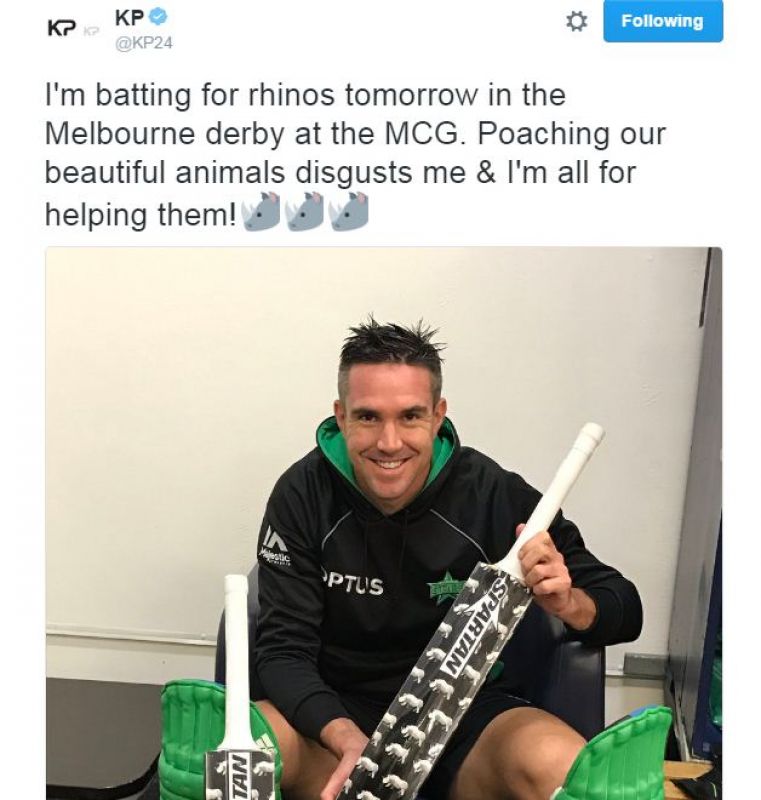 “It’s a huge, huge passion and desire of mine to raise as much awareness as possible so that this stops,” Pietersen was quoted as saying in the Herald Sun. “I’m a South African and I love animals. I’ve always been on safari and if I wasn’t a cricketer I’d be in the bush. I want my kids’ kids to be able to have the luxury of seeing rhinos in their natural environment.”