Adam Zampa was one of the only few highlights for Rising Pune Supergiants during their disappointing debut season in IPL last year. (Photo: BCCI)

Pune: While MS Dhoni is no longer a captain of Team India or his Indian Premier League side – Rising Pune Supergiants, the man’s popularity and appeal has not seen a dip for sure.

Zampa, who was not a part of Australian team during the four-match Test series, will be in India to play for RPSG. While the team’s first season was disappointing, Zampa was one of the only few highlights for the Pune-based IPL side.

The Australian tweaker, who scalped 12 wickets in his debut IPL season last year, will soon join Dhoni and Co as RPSG look to turnaround their fortunes under Steve Smith.

Zampa though clearly looked excited about joining Dhoni in Pune as he tweeted this. The tweet has thus far received 856 retweets and 2384 likes. 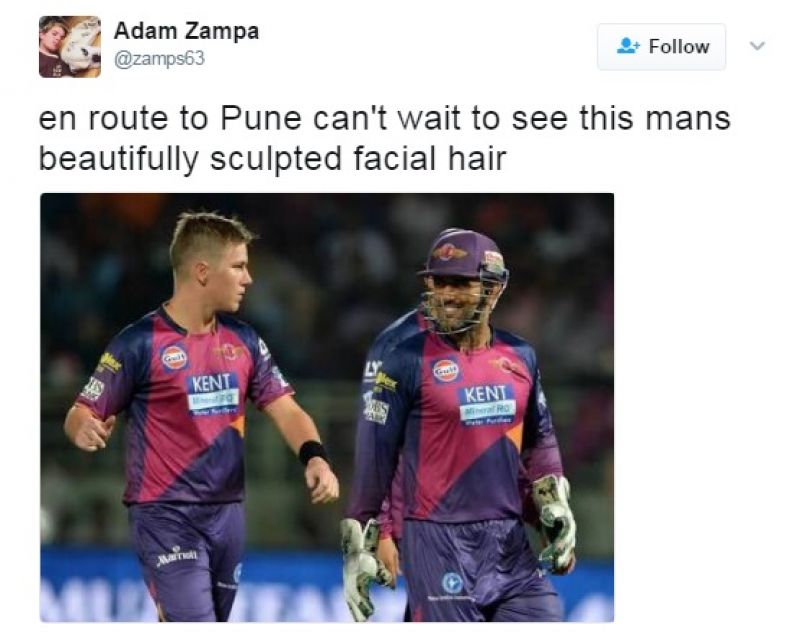 RPSG have been bolstered by the arrival of star all-rounder Ben Stokes, leg-spinner Imran Tahir amongst many others.