The wall made them unbeatable

He remained an unsung hero throughout his playing career, but Rahul Dravid can’t avoid adulation in his avatar as coach

As Indian colts celebrated their stupendous Under-19 World Cup triumph in New Zealand, the social media, ex-cricketers and commentators were universal in their praise for Dravid who has been mentoring the future stars of Indian cricket since he was appointed as head coach in 2015.

Soon after skipper Prithvi Shaw lifted the trophy aloft for a customary photograph in the post-match ceremony, the young Mumbai batsman sprinted towards the support staff and handed the silverware over to Dravid. The boys who showed they have come of age with a dominant, unbeaten performance in all their six matches including the final against Australia couldn’t stop raving about the Dravid factor in India clinching the coveted trophy for the fourth time. 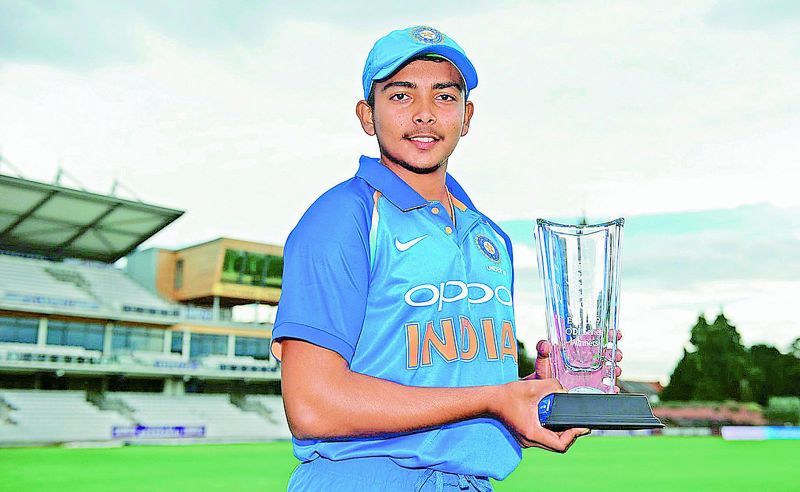 “Dravid sir is a legend. All credit goes to our brilliant support system,” said Shaw, who has emulated the likes of Mohammed Kaif, Virat Kohli and Unmukt Chand to captain India U-19 team to the top of the world for a record fourth time.

Former India all-rounder Abhishek Nayar said it was Dravid’s solid preparation plan that helped India regain the title. “He always focuses on preparation. He released some of the players to compete with the big boys in the Ranji Trophy instead of sending them to U-19 Asia Cup. Winning all matches with a convincing margin is a big statement.

Dravid knows when to give advice and he always lets you learn and be yourself,” added Nayar.

Calm and unflustered, Dravid epitomises sincerity and these characteristics always rubbed off on his wards. Hardik Pandya attributed his transformation to his India ‘A’ stint under Dravid.

Karun Nair, Kedar Jadhav, Yuzvendra Chahal, Shreyas Iyer and Manish Pandey were some of the other beneficiaries. Ahead of India’s semi-final against arch-rivals Pakistan, Dravid had a challenging task. Some of the team members had landed lucrative IPL deals, but Dravid made sure that they were not distracted by the euphoria.

Vinod Rai, chief of Supreme Court-appointed Committee of Administrators, said, “Rahul played his cricket with sincerity and it was pleasing to see the boys uphold the value. They have been fantastic athletes and even better ambassadors.” BCCI has rewarded Dravid with `50 lakh for his contribution

After his playing days, Dravid had a short stint as a television commentator and gave corporate speeches, but nothing gave greater satisfaction than coaching. True to his self, Dravid feels “embarrassed to get all the attention” in U-19 team.

“The entire support staff has put in a lot of effort. I am proud of the players for the effort they have put in over the last 14 months. Hopefully, it’s a memory they cherish for a long time. I want them to enjoy more great moments and bigger things in future,” he said after India’s victory.