Batting, for the eager beavers!

While the actual origins of cricket are still a bit ambiguous, there’s traces of cricket dating as far back as the seventeenth century. (Representational image)

The mercury raises, the pressure mounts, the muscles ache, and the clock ticks as the bowler strides towards his starting mark. He has his opponent in sight, as he is making a mental note of the fielders in position and on the kind of delivery he will unleash.

He dusts of his black “Oxford” shoes, adjusts his breaches,  straightens his bow tie,  shifts in his collar, steadies his tall “beaver” hat and goes for the kill…

No, this isn’t a story about preppy gentlemen from Eton or Harrow fooling around with the idea of cricket in the middle of a workday, this is a story about the gentleman’s game itself.

While the actual origins of cricket are still a bit ambiguous, there’s traces of cricket dating as far back as the seventeenth century — when colonialism was the “ism” that influenced world economy.

In an era where infra-red imaging gives us “hotspots” on the pitch, where a “snikometer” tells the umpire and viewer alike if the ball touched the bat, where teams sport colours made of “dry fit” technology that absorbs sweat and cools the body, where traditional thigh-guards have been replaced with silicon pads, with cricket fever all set take on a crescendo of madness with an impending season of the IPL lurking… it’s a good time to take stock of  how this the journey began.

Up until the late 1700s, cricket was a game that was played in breeches, formal leather shoes, shirts with laces under the chin and of course, the tall “beaver” English hat!

Between the 1880s and 1850 breeches made way to the flannel trouser. Flannel was flexible, thick enough to prevent injuries and warmed against the dreary English weather.

The shirts had lost their laces but were still high collared and often sported wide bow ties. Towards the end of this period, the tall top hat made way for the flannel caps.

The logic behind was that the flannel caps would absorb the sweat without hindering the movements on field. It’s also around this period, that the flannel jackets/blazer made its first appearances.

While we mostly assume that cricket has traditionally sported white flannels, it is as early as 1850-1880 that first coloured uniforms appeared. The Cambridge blue and the Oxford blue surfaced around the 1860s where coloured uniforms were a trend. 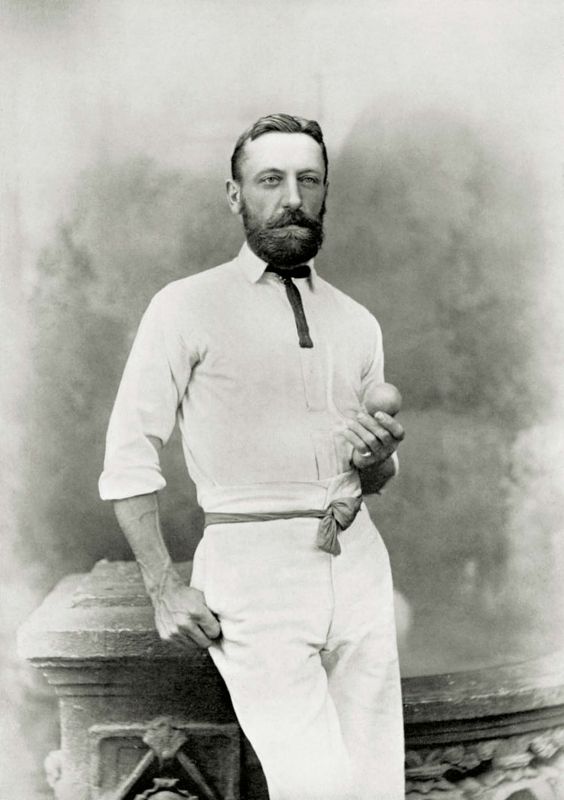 For that matter, the first uniforms of MCC were in azure blue. Even the bats had their evolution in the 1700s and the versions we are more familiar with today.

From the clothing to the bats to the pads to the gloves, every aspect of the game seems to have gone a trajectory where the similarities to the origins seems to dwindle with time. Take for example this 19th century glove, it’s a museum piece for sure.

While the over arm style of bowling only became popular in the early 20th century, it’s a style that’s rumoured to be fashioned by a woman cricketer. The gentleman’s game that started from humble beginning gaining popularity in the likes of Eton, Harrow, Oxford, Cambridge and now become a household name replete with chants of Mumbai Indians, RCB, KKR and Delhi Daredevils.

While we stock up on munchies and beverages to keep the screaming hordes sufficiently entertained, while the media rates go through the roof, while we support our first favourites and second favourites of the tourney, I top my hat to this sport.  From the age of colonialism to age of artificial intelligence cricket has had one hell of a journey. Till next time keep it sharp!

A fashion aficionado, film maker, script writer, stylist and marketing junkie, the writer indulges in the latest fashion and currently drives marketing and new media solutions for a slew of brands in the retail segment.