"Inspirational. Captain par-excellence. Thank you - #TeamIndia @msdhoni," BCCI tweeted on its official handle with a picture of the whole squad. (Photo: BCCI Twitter)

Bengaluru: The Indian team, led by skipper Virat Kohli, on Wednesday felicitated former captain Mahendra Singh Dhoni for his inspirational leadership and presented him with an innovative wooden plaque with four 'Silver Stars' embossed on it.

The little private programme, including players, support staff and chairman of selectors MSK Prasad, happened at the team hotel and the cricketers also gave him a 'Thank You' note. 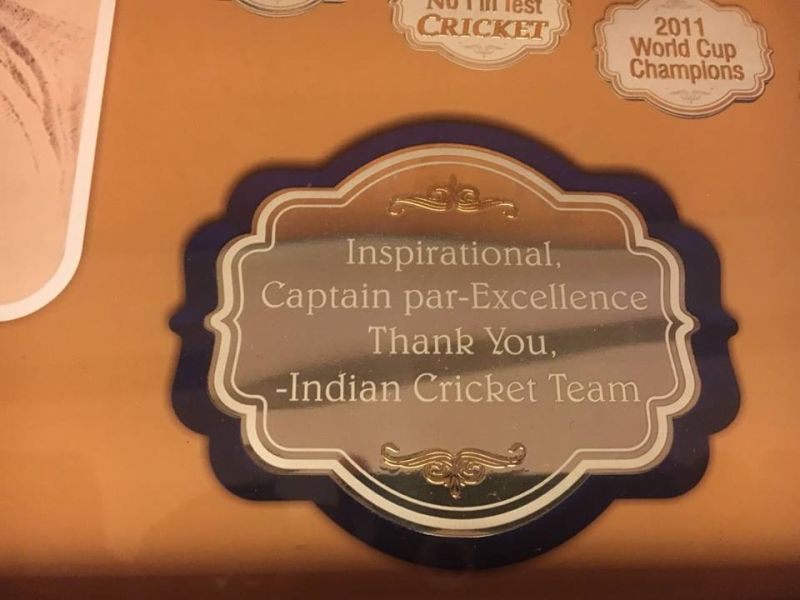 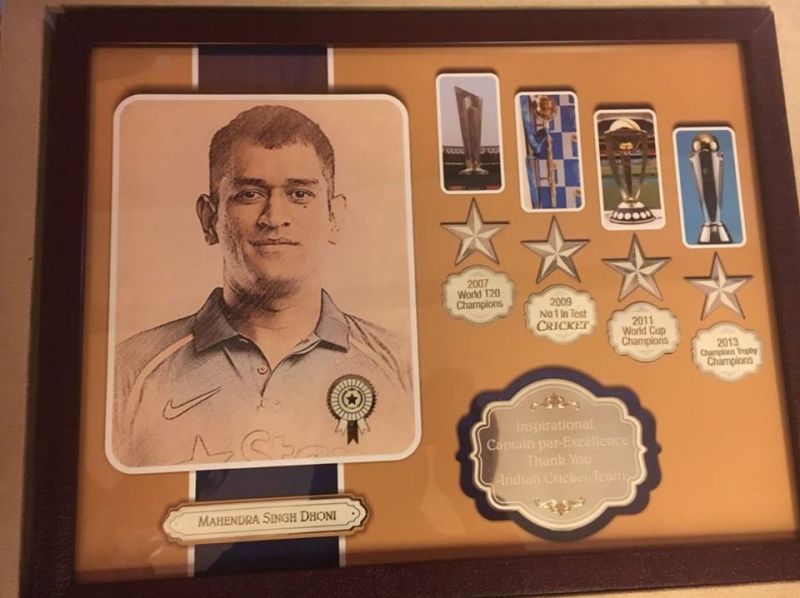 It was learnt that the stars signified four landmark achievements of Dhoni's captaincy. 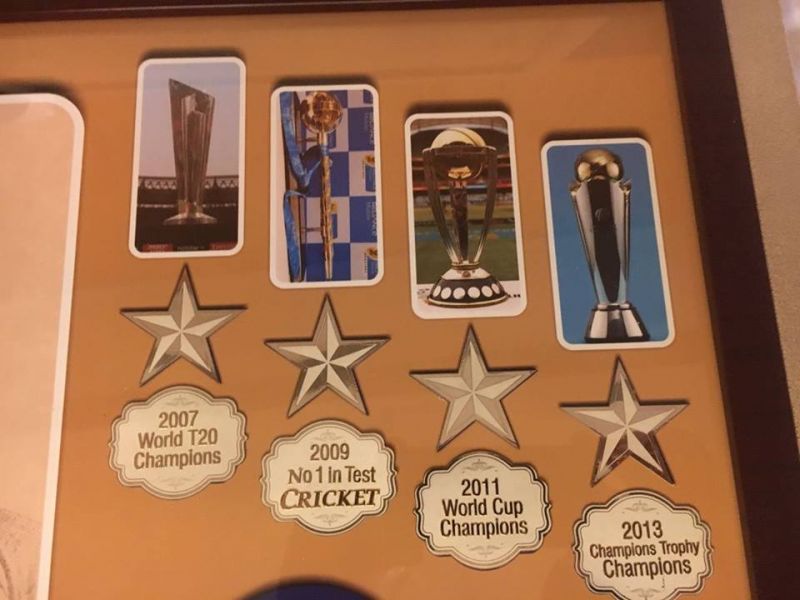 "Inspirational. Captain par-excellence. Thank you - #TeamIndia @msdhoni," BCCI tweeted on its official handle with a picture of the whole squad. 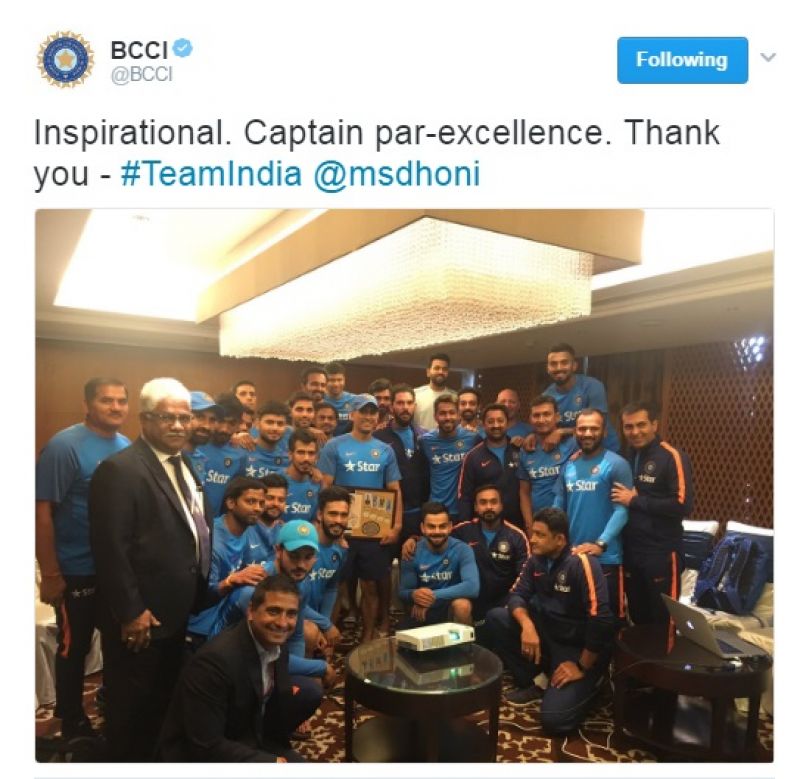 The felicitation happened before the last match of T20 the series and Dhoni is next expected to be seen in India colours only during the Champions Trophy.

Since he had announced the decision to step down before the start of the series, the team, in its own sweet way, wanted to offer him a vote of thanks for his leadership.