Mumbai: Former India opener Virender Sehwag may not be belting bowlers out of the park anymore, but he is certainly cracking more than a few funny bones on social media.

An innocuous tweet by Ross Taylor on Suresh Raina’s comment came into Sehwag’s notice and his witty reply was an entertainment for everyone.

The conversation started with Sehwag wishing Raina in his style. 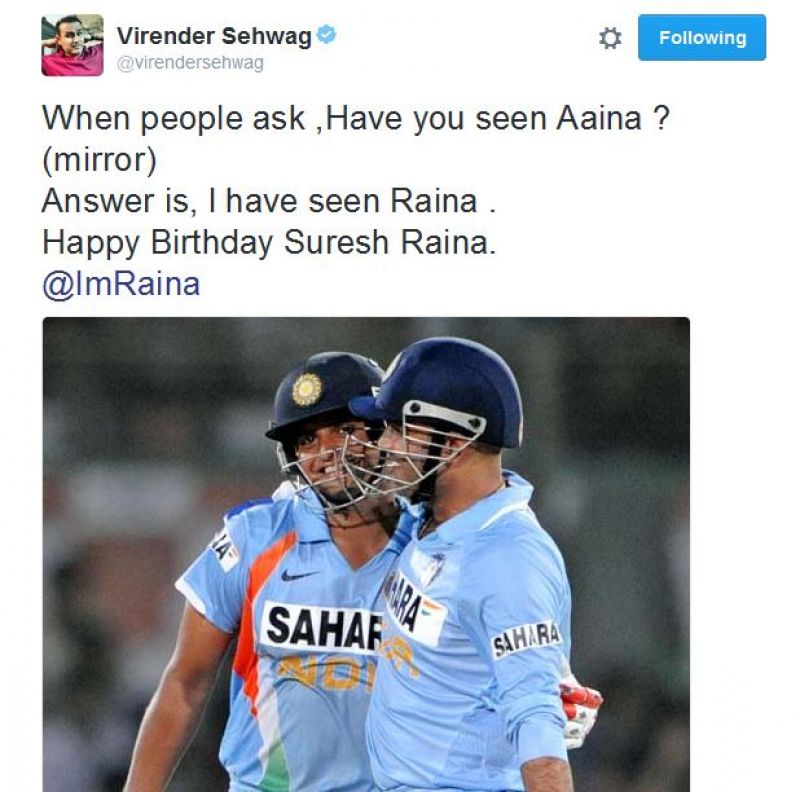 To which Raina replied: 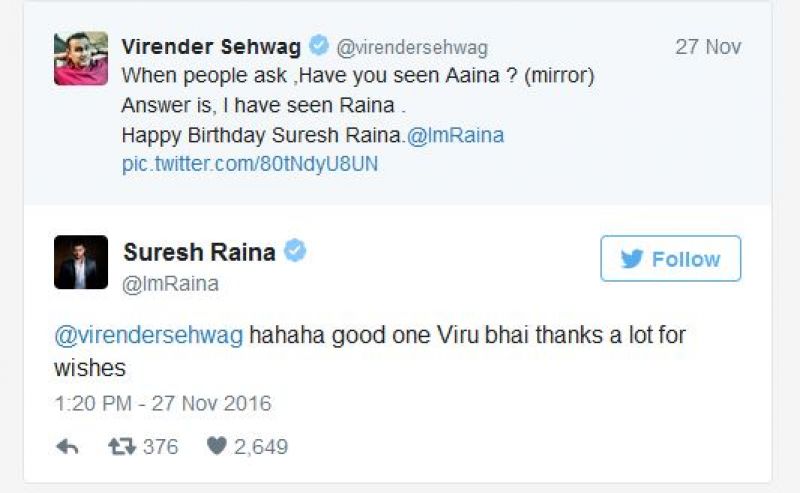 Out of no where, Ross Taylor replied with a blank tweet. 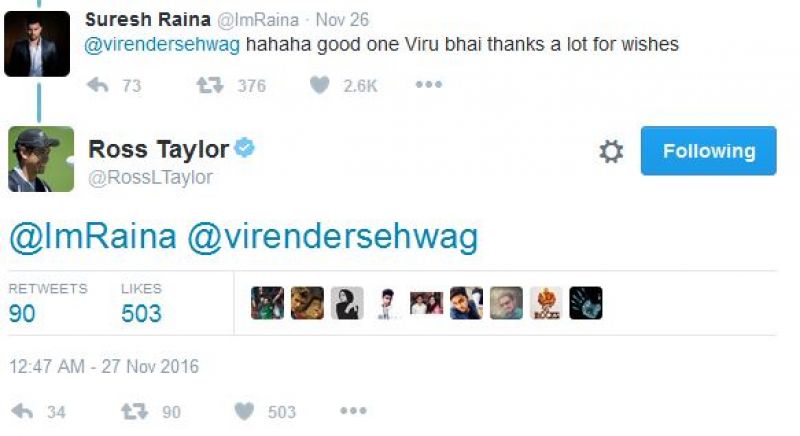 It might have been an accident, but nothing is hidden from the former Indian opener who replied in a way which only he could do. 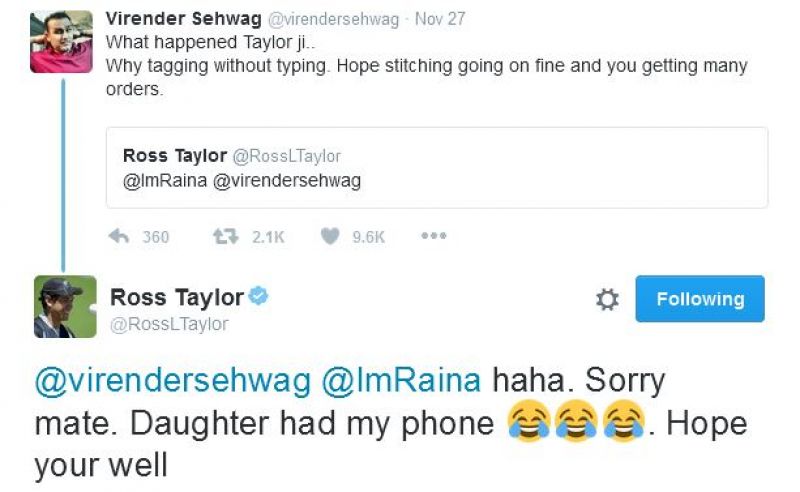 After the fun game on social media, Ross Taylor worked wonders for his team as his century helped New Zealand set a target before the visitors to a 2-0 series win.