DECCAN CHRONICLE.
Published Dec 1, 2016, 12:27 pm IST
Updated Dec 1, 2016, 3:18 pm IST
All the members of the Team India squad attended the celebrations after finishing the Mohali Test by the fourth day.

The much-talked about wedding between the two stars took place at a hotel in Chandigarh, and was attended by a number of luminaries.

The entire Indian cricket team was also present during the wedding celebrations, having completed their third Test in Mohali by the fourth day, defeating England by eight wickets.

This win gives India an unassailable 2-0 lead in the five-match Test series, with two more matches left to play.

The victory made Yuvraj’s wedding celebrations all the more sweeter, with captain Virat Kohli and coach Anil Kumble being snapped in jovial moods.

Here is how the cricket fraternity wished Yuvraj Singh and Hazel Keech on their big night. 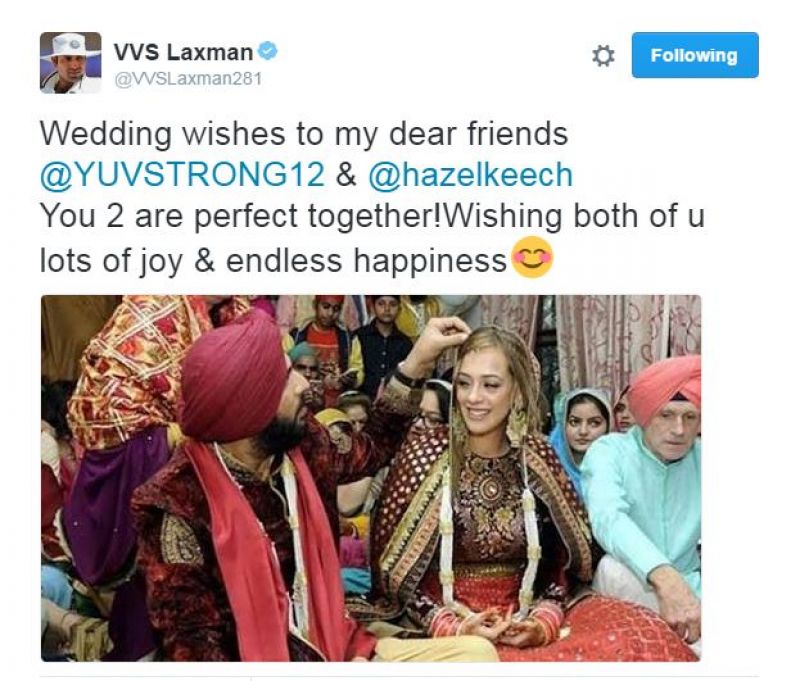 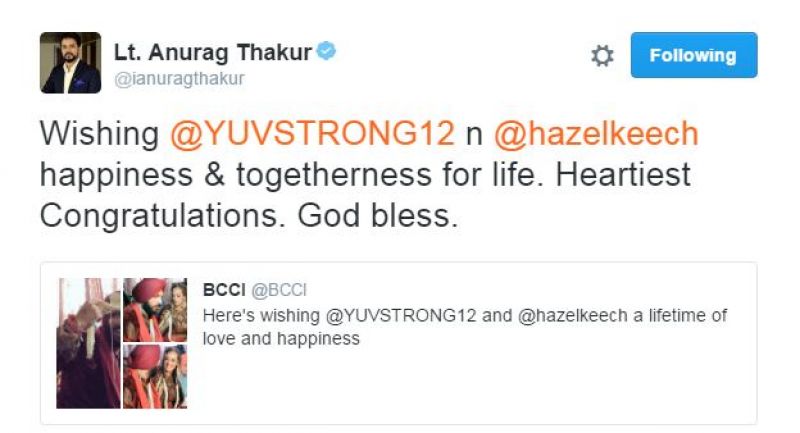 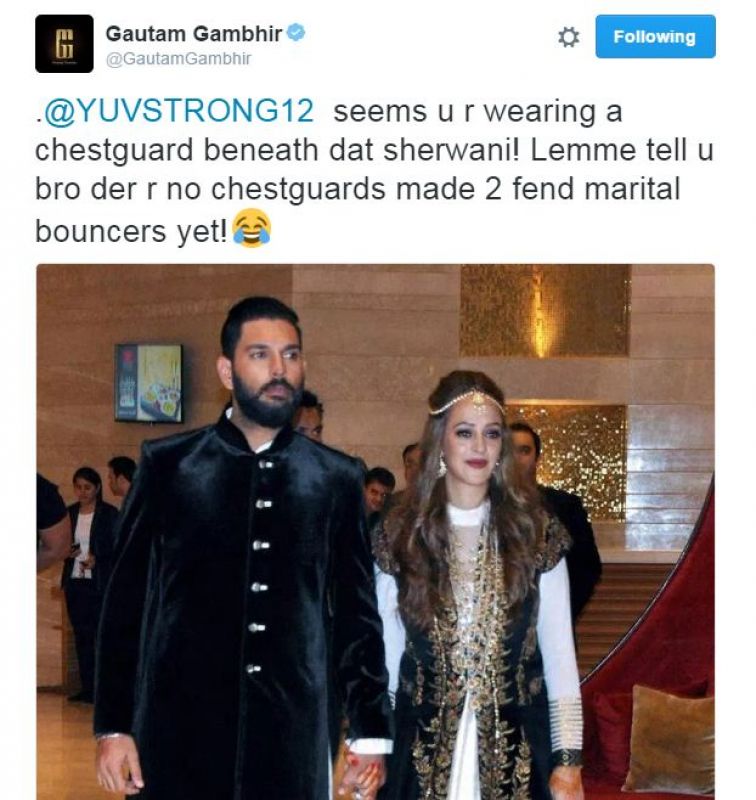 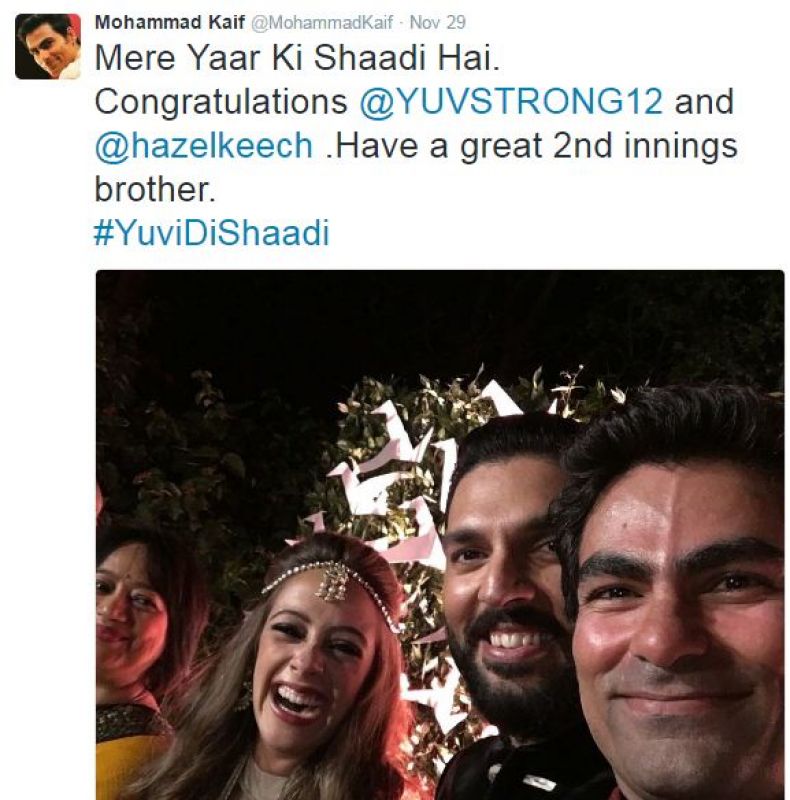 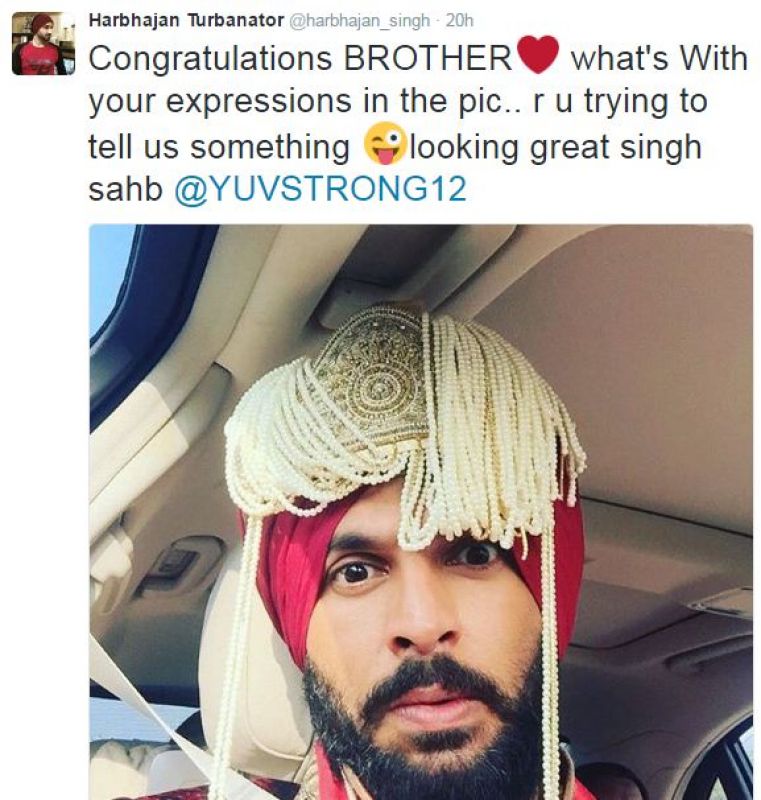 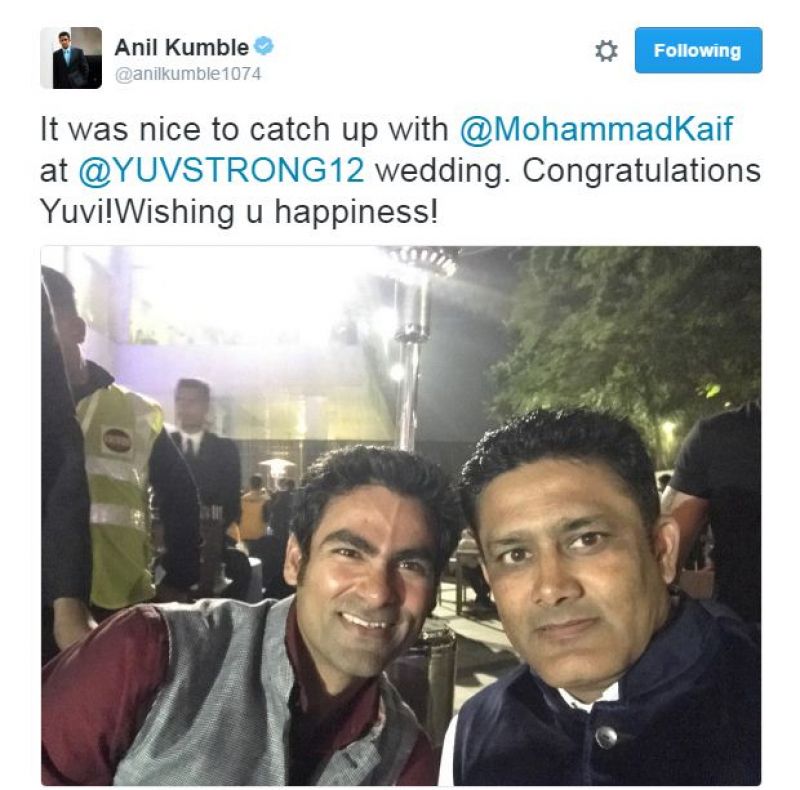 Over The Top: Women’s game is growing by leaps & bounds

Win against Australia will give India huge confidence ahead: Mithali Raj