Mumbai: While team India is mourning their loss in the T20 World Cup semi-final against West Indies by 7 wickets, Bangladeshi wicket keeper Mushfiqur Rahim couldn’t contain his happiness on India’s defeat and took to Twitter to express his joy. 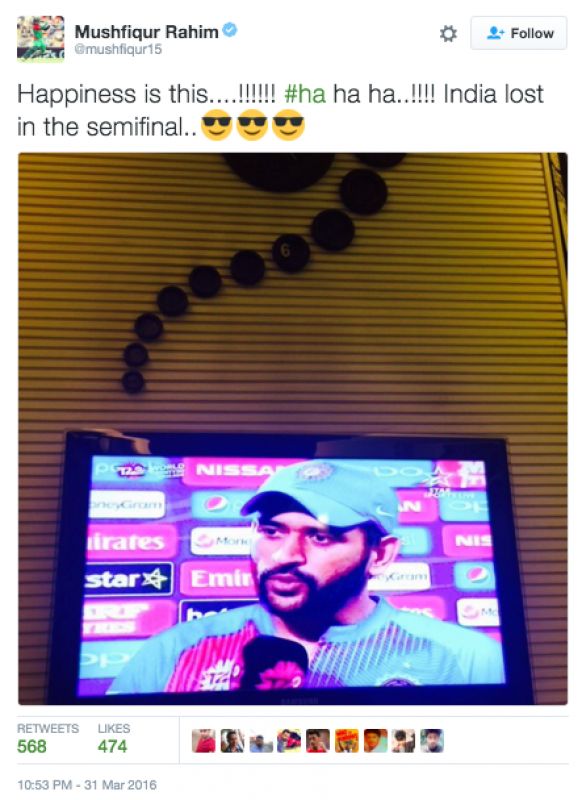 This is what Mushfiqur Rahim had to say (Photo: Twitter screen grab)

Just after India's defeat, the Bangladesh player tweeted, "Happiness is this....!!! #ha ha ha..!!!! India lost in the semifinal." He attached a picture of  Dhoni with the tweet, which he later deleted. 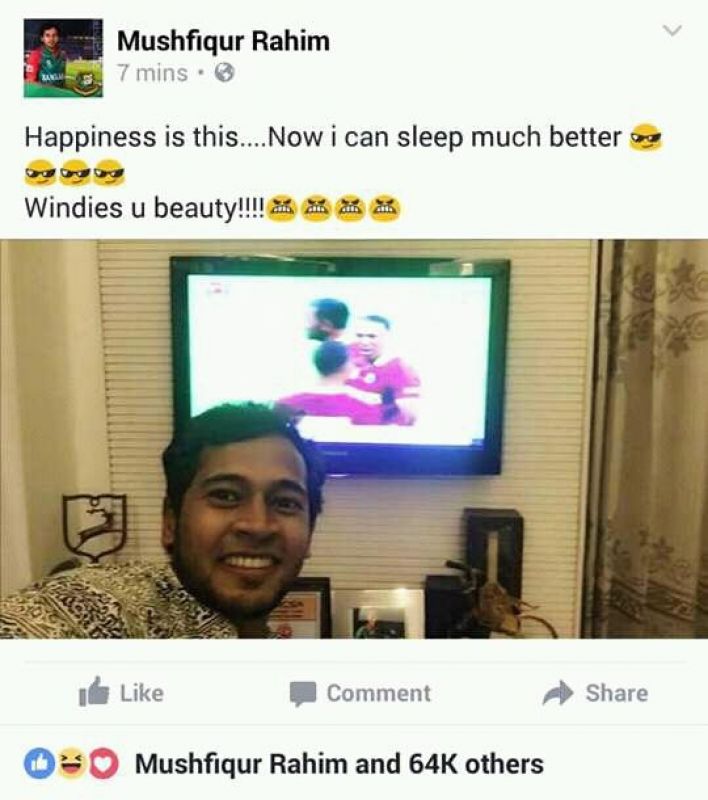 Bangladesh had lost the group stage tie against India by one run in a dramatic innings.

Indian fans did not take Rahim’s words too kindly and took the opportunity to troll him back.

Mushfiqur I thought always looked a 10-year old. Now he tweets like one too. https://t.co/pNBqq83PuG

Mushfiqur celebrating India's loss. Being a Bangladeshi this is the only way he can celebrate in a World Cup. https://t.co/nJ9taCCoAr

I did puke right before the last ball. Should have left some for Mushfiqur Rahim.

Sorry to all of you guys...as i am a big West Indies supporter but anyway sorry again for some harsh words...!!!!