Former Australia spin wizard Shane Warne is open to the opportunity to coach Team India and understands the ‘pressure’ tagged along with the position. (Photo: AFP)

Mumbai: It almost came as a shocker how a euphoric West Indies, minus Chris Gayle storm side left Wankhede in tatters on Thursday night as they crushed India’s hopes of making it to their third summit clash of the ICC World T20. Lendl Simmons was the long-lived enemy during the match.

Simmons, who landed in the city on Monday as replacement for injured Andre Fletcher, was right on the money, his unbeaten 51-ball 82 being the cherry on the cake for a Caribbean win.

According to reliable sources, its learnt skipper Mahendra Singh Dhoni may now be seen donning India colour only sometime in September when India tour Zimbabwe or Bangladesh.

Now that the World T20 has ended for Team India, talks about the next coach are floating around after BCCI announced it will finalise on its team management post the magnum opus.

Former Australia spin wizard Shane Warne is open to the opportunity to coach Team India and understands the ‘pressure’ tagged along with the position.

“I would love to work with the Indian team. They are a very talented, wonderful team to work for. There’s a lot of pressure (working with them). There are about a billion plus people supporting the Indian cricket team. If you make a mistake you cop it. I have copped plenty of times on many different things,” Warne said here during a ‘Monarch Cruise’ event in the city on Friday.

“I’ve never said never in my life to anything. I’ve always been open to anything so when it comes to coaching India, coaching an IPL (Indian Premier League) team, coaching England, maybe not,” he added rather cheekily.

The 46-year-old along with his Aussie teammate Brett Lee are onboard as brand ambassadors for a luxurious cruise that will see cricket legends and Bollywood star share the stage.

Cricket’s second-highest Test wicket-taker with 708 wickets, Warne admits he has his plate full at the moment but hinted that he might be willing to put that aside to coach India.

Also Read: Not in a position to take up India coach’s job, says Ganguly

“I definitely want to stay involved with cricket. I love my commentary. I am also a professional poker player playing around the world. I’ve got the cruise, Cricket All Stars with Sachin (Sachin Tendulkar), work for three different TV networks. I’ve got a few bit of other sponsorship work as well. So after all this there’s not many days left. If I’ve to put myself in the ring to coach India or any other team, it means other things will be left out.

Also Read: Asking Dhoni when he would retire was fair, says journo at centre of media storm

Former Australian speedster Brett Lee on the other hand, passed off the ‘India coach’ question and had other plans in the subcontinent. “My dream through India in terms of cricket is to find India’s fastest bowler, that’s something which is work in progress at the moment. In terms of a coach, am not sure,” he said. 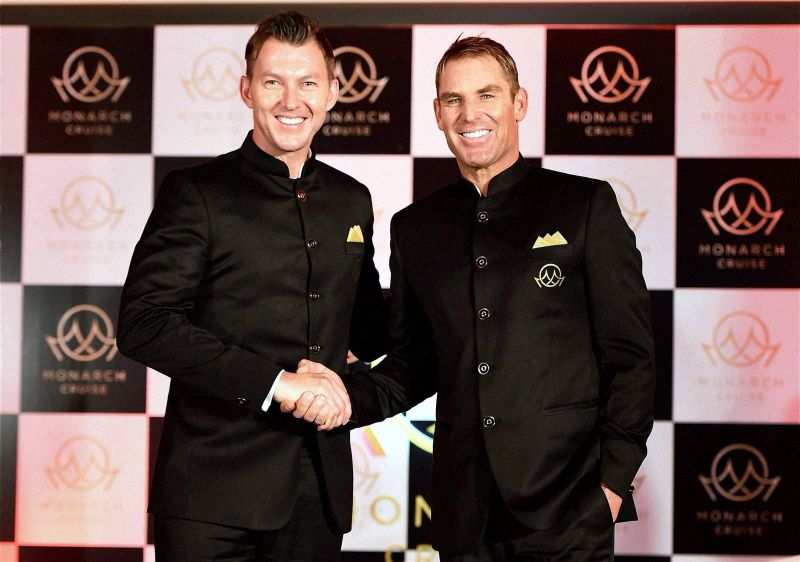 “I had the pleasure of being the bowling mentor of KKR (Kolkata Knight Riders) in the last season. I was wearing two hats which was a lot of fun. Like Shane I’ve got stuff. I am very busy, working for Star as a commentator which I love. India is my second home. I love coming here. The way we get treated here is unbelievable,” Lee added.

Both the Baggy Green legends were disappointed with an India loss. Warne, who looked dapper with his tuxedo, pitted an India win before the tournament but on the day pointed out Dhoni and Co didn’t get their basics right.

Also Read: Afridi skips PCB inquiry meeting to be with daughter in hospital

“192 was a good score, India didn’t bowl well enough. The couple of no balls really cost them, the dew cost them. Ashwin (Ravichandran Ashwin) bowled only two overs. Jadeja’s (Ravindra Jadeja) tactics of bowling wide outside off stump, he went for 48 for his four. Don’t think that was quite right. Anything can happen in 20-20 on the day. Bangladesh could have beaten India. They needed 1 run of 3 balls.

“In 20-20 if you do the basics better than the opposition you win the game. That is put your foot behind the line, hold your catches, rotate strike, hit boundaries when you have to. India didn’t quite the basics right. They bowled few no balls,” Warne asserted. 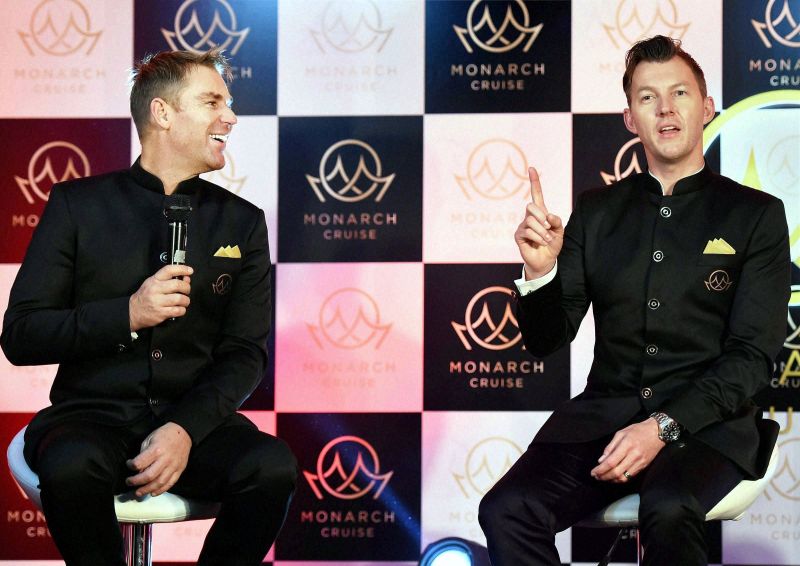 Shane Warne and Brett Lee snapped during a candid moment during the event. (Photo: PTI)

Although criticising the Indian performance after the penultimate encounter, Warne was all praise for Windies but thought an India versus England final would be ‘good’.

“We said it was an upset, but then some guys had a go and said West Indies have been pretty good in this format of the game. They were outstanding yesterday. Not getting the combination right and West Indies’ fantastic performance was why India got knocked out,” he said.

If there was one Indian player the Aussies were awe-inspired, it had to be the warrior Virat Kohli. Kohli notched up his third half-century in five games and was boasting of a strike rate of 189.36 going into the semifinals. His gallant 89 not out and crucial wicket of Johnson Charles went in vain.

With such a stupendous form backing him, Kohli made it to Warne’s first choice in his playing XI for the shortest format. However Warne denied that India were relying too much on Kohli.

“If you have blank piece of paper and asked who is your first pick in World T20 I would say Virat Kohli. I am pencilling him at No 3, that’s my first selection. Second would probably be Chris Gayle in the opening position. To have Virat Kohli in your side, I don’t think India are relying on him too much at all. He’s done so well, he batted beautifully last night,” Warne said.

“Kohli is a world class player, simple as that. The way he played last night was brilliant,” Lee was quick to add.

Darren Sammy-led West Indies will now face England in the final at Eden Gardens in Kolkata on Sunday. Windies lead the head-to-head record winning nine games out of the 13 T20Is played between the two sides. Asked to pick their favourites, Warne wished to have a look at the pitch before coming to a conclusion while Lee had Windies on his side hands down.

“I want to see the conditions on the ground first. I want to get to Kolkata, have a look at the wicket and then you can have a better assessment, a better judge about who you think will win,” Warne, who strongly wished Dhoni could join him on board the plush cruise asserted.

“It will be pretty hard to get past West Indies. They will be really tough to beat,” Lee said as he expressed his deepest thoughts and prayers for the victims and the families affected in the Kolkata flyover tragedy.