The revamped support staff joined office on Monday for the first day of a training camp at the TERI ground in Gurgaon.

“We are privileged to have Rahul joining Delhi Daredevils as a mentor. His deeds as a player are legendary. Now in his post-retirement phase Rahul has taken up the arduous tasks of guiding India A and India Under-19 squads. He has made an instant impact in his new avatar too. We are very lucky to have a player of his stature in our midst. He brings in calm and experience to the dressing room and with a young looking Daredevils squad he will bring an immediate impact,” said Delhi Daredevils Business Chairman Kiran Kumar Grandhi in a release.

The trio earlier worked for the now-defunct Rajasthan Royals.

“Paddy has had a successful career as head coach for T20 franchises around the world. This was most visible in the recently concluded Big Bash League, as he guided Sydney Thunder to their maiden title. He has grown in stature from starting as a trainer to being the mental conditioning coach of the Indian squad and eventually the Head Coach. Zubin, on the other hand, with his years of technical experience brings in his strategic inputs and an eye for spotting young talent,” added Mr Grandhi.

Live from the Press Conference, Rahul Dravid has been appointed as the team mentor #DWall #RahulDravid pic.twitter.com/bwp9eXhvp4

Dravid lauded the Delhi team for their energy.

Rahul Dravid: "DD has a good mix of young and established players" - Live from the Press conference. #DWall pic.twitter.com/IpT1uIH4ex

“I am very excited by the challenge of taking Delhi Daredevils on to the next level. From what I have seen I have been impressed by the ambition and energy demonstrated by the team and I look forward to working with a group of players that I believe have what it takes to succeed. Along with the rest of the support staff, I am fully aware of what this franchise means to its supporters and I intend to do everything possible to help build a team that the fans can be proud of.”

We welcome Paddy Upton to the #DD family as the Head Coach pic.twitter.com/VTPePe7mki

“I relish the privilege to work again with Rahul and Zubin, and to have the opportunity to do so at a franchise like Delhi Daredevils. I am constantly learning about the Twenty20 format as I move around the world, and look forward to applying and furthering this knowledge at the coming IPL season with Delhi,” said Upton. 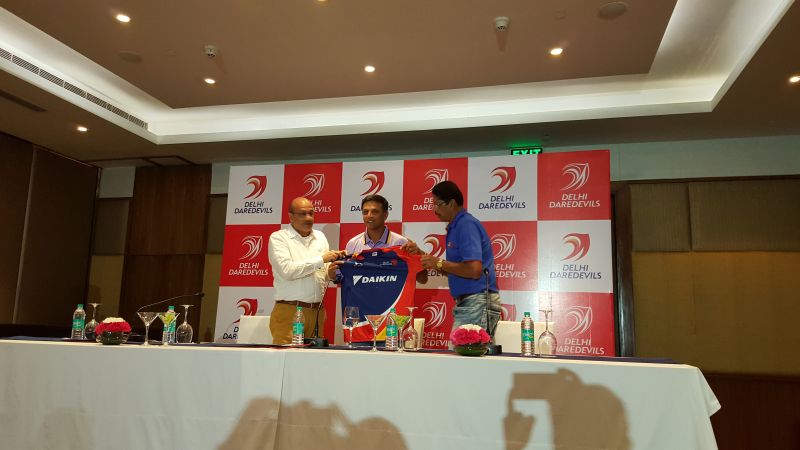