Ramiz Raja was at the receiving end of Twitter trolls after he expressed his disappointment of no TV channels showing Roger Federer versus Rafael Nadal Australian Open final. (Photo: Pakistan Cricket Board)

Check out: Ahmed Shehzad compares himself with Virat Kohli, gets trolled mercilessly

As the tennis fans across the globe were enthralled by a scintillating final showdown between two of the tennis greats, Raja lamented the fact no TV channel telecast the match live in Pakistan.

While Raja – the former cricketer-turned-commentator – is often targeted for his faux pas and at times, incomprehensible comments about cricket during commentary, he was once again at the receiving end after his tweet hit the social media space.

Following his tweet, Raja, who played 57 Tests and 198 ODIs for Pakistan, was poked fun at. 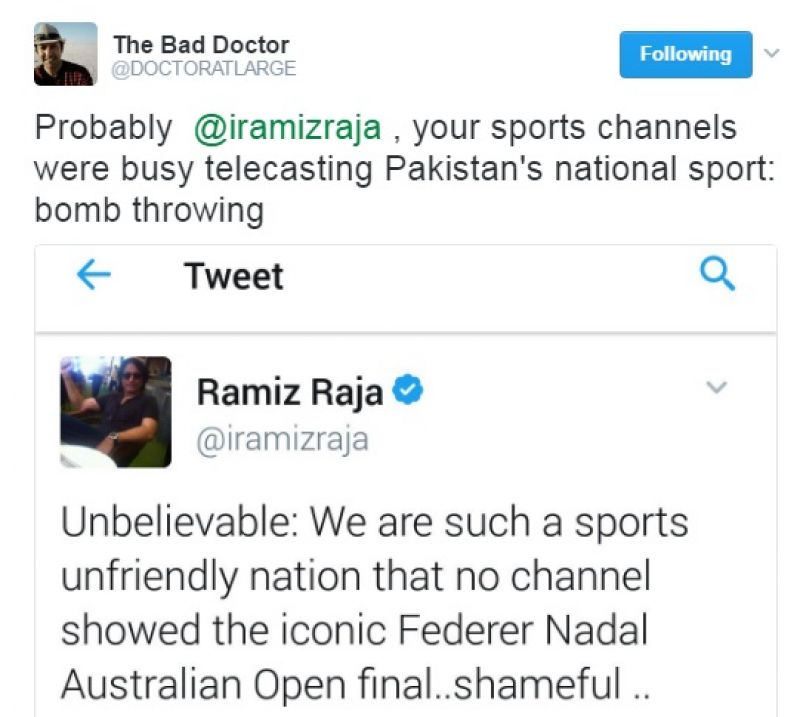 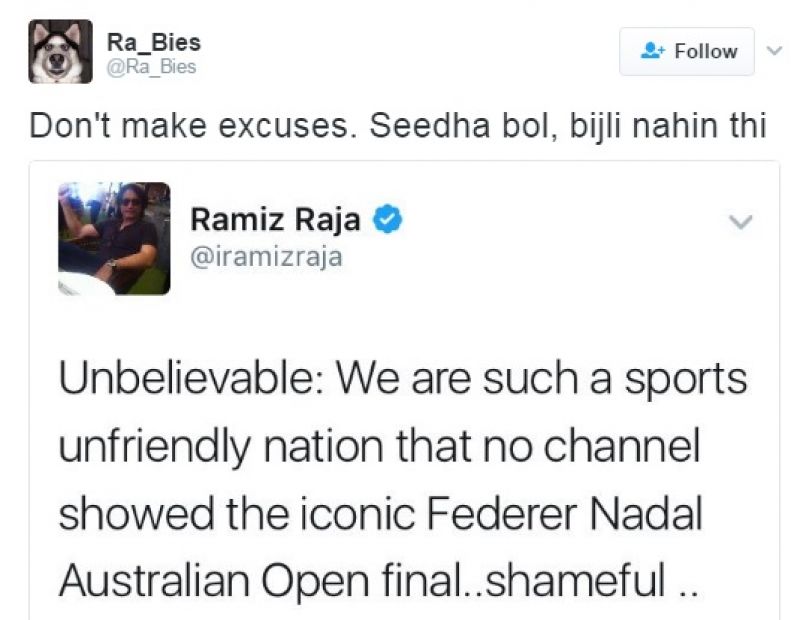 In pics: The best of Australian Open 2017