P Gopichand was also the coach of Saina Nehwal when she won the women’s singles bronze medal at the London Olympics, four years back. (Photo: AP/ DC)

Hyderabad: While the entire nation is crediting coach Pullela Gopichand for PV Sindhu's spectacular performance at Rio 2016, Telangana deputy chief minister, Mahmood Ali seemed to have a different view. In a major gaffe, Ali promised to offer 'better coaching' to Sindhu for a gold medal at the 2020 Tokyo Olympics.

On Monday, Sindhu and her coach Gopichand received a grand felicitation at the Gachibowli stadium in her home town of Hyderabad, after winning a silver medal in the women’s singles badminton event at the recently concluded Rio Olympics in Brazil.

Read: Olympics was just a glimpse of what Sindhu is capable of: Coach Gopichand

“We are planning to give PV Sindhu proper coaching so that she can get gold medal next time,” Ali said ahead of the felicitation, at the Gachibowli stadium.

“The coach that she has right now (Gopichand) is also good but beyond that, we wish for her to get a gold from the next tournament,” he further said.

However, Ali's offer of a better coach for Sindhu did not do well with people who took to Twitter to express their opinion. 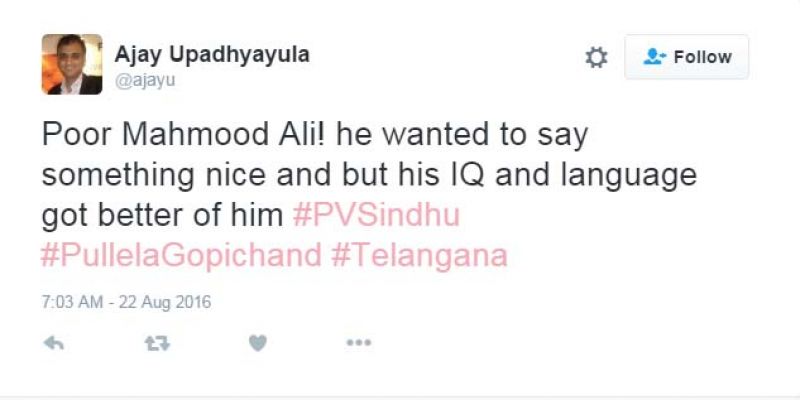 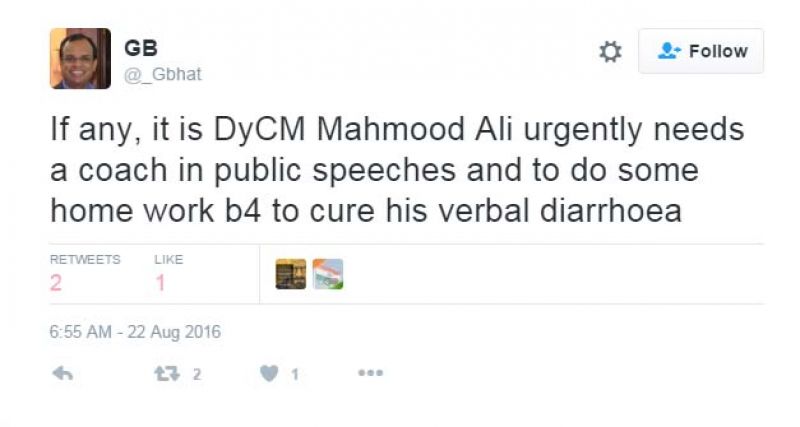 Ironically, the Telangana government has announced a cash reward of Rs1 crore for Gopichand who has mentored many other star Indian shuttlers like Saina Nehwal, Kidambi Srikanth, HS Prannoy, and so on.

The former All England champions was also the coach of Nehwal when she won the women’s singles bronze medal at the London Olympics, four years back.

■Olympics was just a glimpse of what Sindhu is capable of: Coach Gopichand
■PV Sindhu, Dipa Karmakar, Sakshi Malik and Jitu Rai to get Khel Ratna award
■Sindhu can now eat ice-cream, use her phone: elated coach Gopichand

PV Sindhu named ambassador for BWF's 'i am badminton' campaign

Chirag Shetty, Rankireddy hope to get a new foreign coach after Olympic postponement