Kidambi Srikanth was part of the Indian team which won gold in the mixed team badminton event at the Commonwealth Games in Gold Coast.(Photo: AP)

Srikanth was part of the Indian team which won gold in the mixed team badminton event at the Commonwealth Games in Gold Coast. 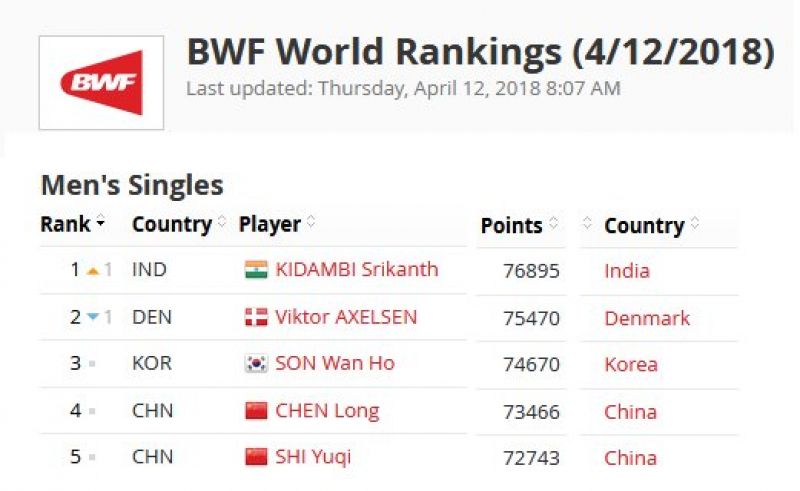 In men's singles clash, ace Indian shuttler Kidambi Srikanth took the final step to the summit of the Badminton World Federation's (BWF) rankings as he also made it to the last-eight after outplaying Niluka Karunaratne of Sri Lanka in straight games.

Srikanth, who has been in sublime form for quite some time now, clinched an identical 21-10, 21-10 win in two games to storm into the next round.

He will now bid for a semi-final spot when he plays the last-eight clash against yet to be decided opponent.