Mumbai: 15-year-old Indian shuttler Lakshya Sen has overcome all the odds to claim the numero uno spot in the Junior BWF rankings, on Thursday.

Lakshya, who is considered as one of the brightest future prospects in the Indian badminton circuit, moved ahead of Chia Hao Lee of the Chinese Taipei, to attain the World no. 1 ranking. 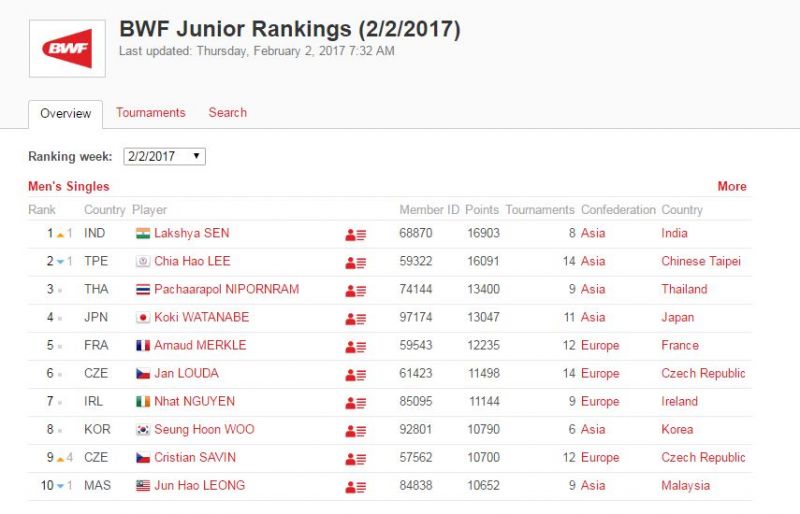 Lakshya Sen jumped to the number one spot in the BWF junior rankings on Thursday. (Photo: BWF)

The 15-year-old has had a brilliant year on the badminton circuit in 2016, winning the singles event at the All India Senior Badminton tournament.

Read: It has been very tough and emotional journey: Saina Nehwal

These victories propelled Lakshya, who was ranked number eight at the end of last year, to the top three sports in 2017, before he finally attained the number one ranking on Thursday.

Lakshya had impressed on the international circuit from a very young age, clinching an international tournament held at the Wimbledon tennis and croquet club.

He had also earned high praise from former All-England Championships winner and Indian badminton legend Prakash Padukone, who believes that Sen was, at the age of 10, better at badminton than what he was in his childhood days.

Srikanth, Sindhu virtually out of knockouts after back-to-back losses

Serving for the next phase of life