Sania Mirza and Martina Hingis lived up their world number one ranking as they clinched their first Australian Open doubles title in Melbourne on Friday. (Photos: AP)

Sania Mirza and Martina Hingis lived up their world number one ranking as they clinched their first Australian Open doubles title in Melbourne on Friday. (Photo: AP)

The duo got the better of Czech pair Andrea Hlavackova and Lucie Hradecka 7-6(1) 6-3. (Photo: AP)

For veteran Hingis, it was the 12th Grand Slam women’s doubles title, third for the Indian ace. (Photo: AP)

The ‘SanTina’ tag scaled greater heights as they have now won 36 successive matches, including Wimbledon and US Open. (Photo: AP)

Going into history and statistics, this happens to be the longest series of wins in women’s doubles since Gigi Fernandez-Natasha Zvereva ruled the roost in 1994. (Photo: AP)

However, the Indo-Swiss pair clinched the game in the tiebreak after 62 minutes. (Photo: AP)

The opponents had enough opportunity to make a comeback but the Indo-Swiss pair took a 4-1 lead in the second set. (Photo: AP) 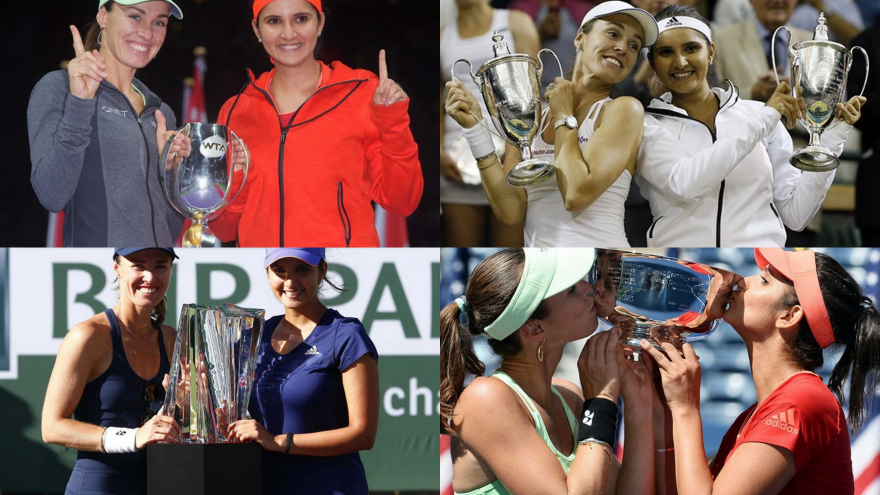