Virat Kohli and Anushka Sharma’s relationship hit rough weather and according to media reports, the star couple are no longer together. While break-ups are not easy to deal with, Team India’s swashbuckling batsman has been able to adopt an optimistic approach sharing updates about his life on social media. So how is Kohli getting over his alleged split? Let’s take a look. (Photo: Instagram/PTI)

Seek the blessings of the Almighty! Recently Kohli, who was rested for the India-Sri Lanka series, decided to pay a visit to the Golden Temple in Amritsar, ahead of the Asia Cup and ICC World T20. (Photo: Facebook)

Virat Kohli along with his family members paying obeisance at Golden Temple in Amritsar. (Photo: PTI)

At the border! After seeking blessings in Amritsar, Kohli, along with his family, proceeded to visit the famous Indo-Pak Wagah border. He posted a couple pictures on Facebook and Instagram. (Photo: Facebook)

Kohli along with his family members watching the Retreat Ceremony at Attari-Wagah border. (Photo: PTI)

Wagah again! Virat and Anushka’s cute chemistry have been spotted on quite a few occasions on Twitter. But off late the two of them have been tight lipped has about their current relationship status. (Photo: Facebook)

Kiddie time! Another form of distraction for Kohli looks to be his very own nephew. Team India’s Test skipper posted a picture on social media where he and the little one were making funny faces. (Photo: Facebook)

Vroom vroom! If not with family, then Kohli's busy attending to his media activities, like shooting for a leading motorcycle brand (Photo: Facebook)

Time out! Kohli was recently announced the brand ambassador of a leading watch company. During the event, he was asked a question about the status of his relationship. Kohli fumed at the journalist saying, "I'm not a relationship counsellor. (Photo: Facebook)

Food food! Research has proven how cuisine can be a major distraction. Kohli seems to have adopted the strategy when he visited Townhall Khan market to gobble up delicious sushi. (Photo: Facebook)

Serious time! Cricket has to be given time in his daily schedule and Kohli makes it a point to ensure a session of net practice is included. (Photo: Facebook)

Common boys! Kohli posted a picture where he was cheering the lads from home while they were in action during the recently completed India-Sri Lanka series. (Photo: Facebook)

Buddy buddy baatein! And then there are his friends who make sure the adrenaline always keeps pumping. (Photo: Facebook)

Shoe off! While breaks-ups completely take over your body, both mentally and physically, India's star batsman Kohli has shown how to avoid it. Just having a positive attitude can shoe the problems away. (Photo: Facebook)
Tags: virat kohli, anushka sharma, team india, asia cup, icc world t20 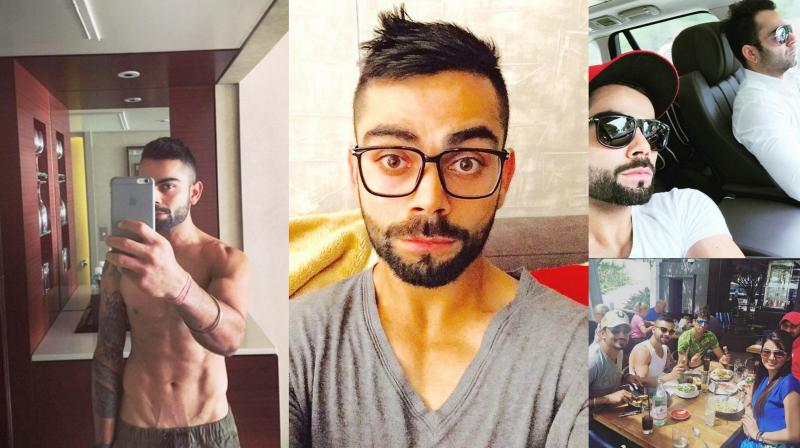 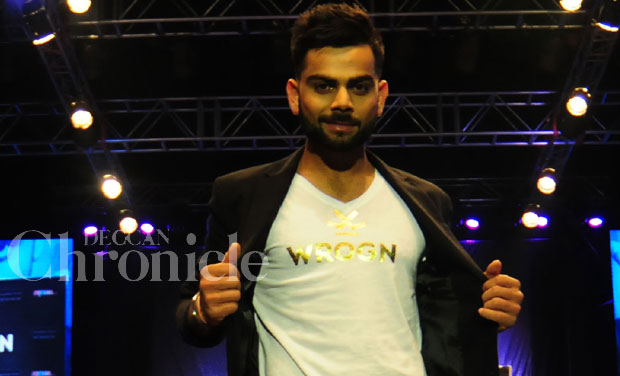