Sri Lanka will look at their pacers to carry their form in the Ranchi encounter. India, on the other hand, will look to mend its top order and fine tune its bowling. (Photo: AP/PTI)

Ranchi: Mahendra Singh Dhoni-led Indian cricket team were stunned by an inexperienced Sri Lankan side as the Men in Blue suffered a major batting collapse to lose the opening T20I of the three-match series by five wickets in Pune. (Photo: AP)

After facing a not-so bouncy Australian wicket, Dhoni and the Indian top order were unable to adjust to the ‘English’ wicket provided by the Maharashtra Cricket Association (MCA). (Photo: BCCI)

Dhoni and his men vaulted to the No 1 position in ICC T20 rankings after their recent series win in Australia and have to win the series to ensure they retain the numero uno position. Another loss would plummet Team India to No 3 with 117 points while Sri Lanka will rule the roost with 121 points. (Photo: AP)

Sri Lanka snatched victory from the hosts and also discovered heroes in their side. Debutant Kasun Rajitha (3-29) and Dasun Shanaka (3-16) provided the visitors will vital breakthroughs for the Graham Ford-coached side. (Photo: AP)

Sri Lanka will look at their pacers to carry their form in the Ranchi encounter. India, on the other hand, will look to mend its top order and fine tune its bowling. (Photo: AP)

Rohit Sharma had a fine outing Down Under with two centuries and three fifties. Although he was unable to score during the Pune encounter, Rohit can be quite a terror in the shortest format of the game, with a healthy 33.66 average backing him. (Photo: AP)

All-rounder Yuvraj Singh’s presence in the side has further given depth to Team India’s batting line-up. Pune saw a glimpse of Yuvi’s ability to smash sixes, which are vital during business end of the innings. Yuvraj has more number of sixes (65) to his name than fours (62) in T20Is. (Photo: AP)

If there’s one player who will make the most out of this match, it will be India skipper MS Dhoni. Playing in front of his home crowd, Dhoni will ensure that his fans are not left disappointed. Raw power and sheer timing, Ranchi might see the helicopter shot take off! (Photo: AP)

When Sri Lanka touched Indian soil, veteran Tillakaratne Dilshan was missing from the squad after he picked up a minor flare during a domestic match. Dilshan is all set to feature for the second match, and can be quite a handful in all the three departments. With Sri Lanka lacking experience, Dilshan can further boost the team with his presence. (Photo: AFP)

Rohit Sharma was Kasun Rajitha’s prized first international wicket. After a fine debut, Rajitha will look to spearhead the bowling attack and will not only aim for Rohit but other Indian batsmen as well. (Photo: BCCI)

Sri Lankan skipper Dinesh Chandimal admitted that his best in T20 is yet to come. Chandimal was seen sending the ball out of the ground on many occasions while practicing in the nets ahead of the first T20. During the Sri Lankan run-chase, his aggressive knock of 35 runs partnering Chamara Kapugedera (25) played a significant role in scripting his side’s win. (Photo: AP)
Tags: india vs sri lanka, ms dhoni, yuvraj singh, tillakaratne dilshan 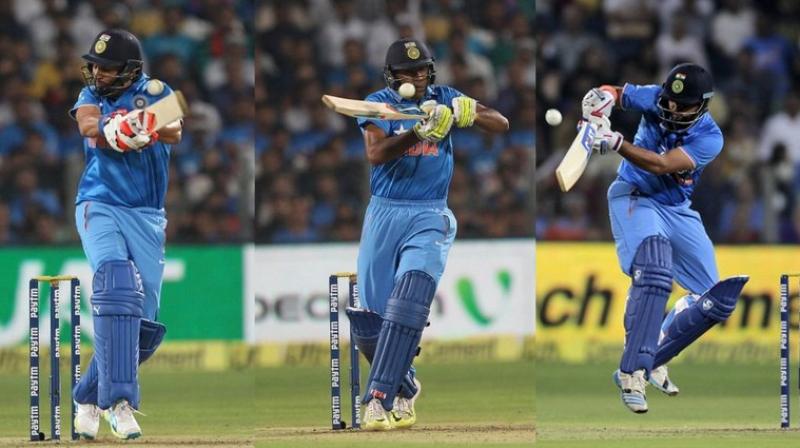 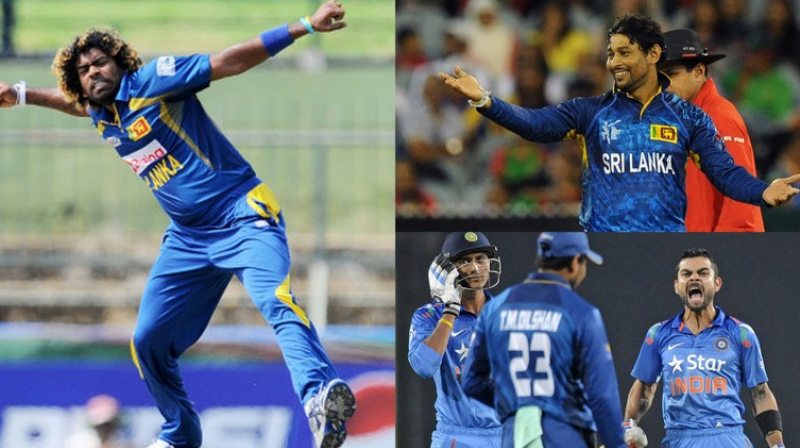 Historic moments from India-Sri Lanka clashes over the years