Sanath Jayasuriya was a menace to the Indians during the 90s and early 2000. Both with bat and ball, he kept troubling India. (Photo: AP)

During those days, Sri Lanka had the upper hand when it came to matches against India. They beat the Men in Blue twice in World Cup 1996 (including the semifinal). A dejected Indian team (L to R) - with Sachin Tendulkar, Sanjay Manjrekar, Dr Ali Irani (physio) and Ashish Kapoor. (Photo: AP)

India's modern day hero Virat Kohli made his debut against Sri Lanka in 2008. He scored 12 off 22 balls. (Photo: AFP)

India turned the tide when they beat Sri Lanka in the ICC World Cup final in 2011. Yuvraj Singh was adjudged player of the tournament. (Photo: AFP)

The Wankhede Stadium in Mumbai erupted after MS Dhoni hit a six off the last ball. (Photo: AFP)

The iconic Sachin Tendulkar was carried by teammates in the victory lap. (Photo: AFP) 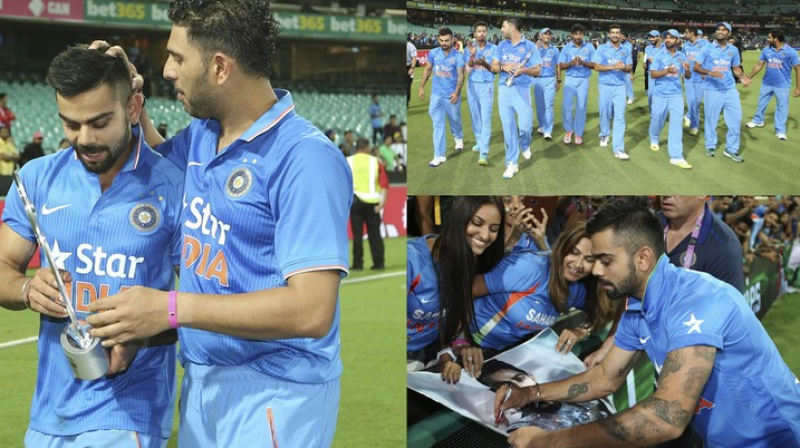