France on Thursday inaugurated the world's first "solar highway", a road paved with solar panels providing enough energy to power the street lights of the small Normandy town of Tourouvre.

The one-kilometre (half-mile) "Wattway" covered with 2,800 square metres (30,000 square feet) of resin-coated solar panels was hooked up to the local power grid as Environment Minister Segolene Royal looked on. 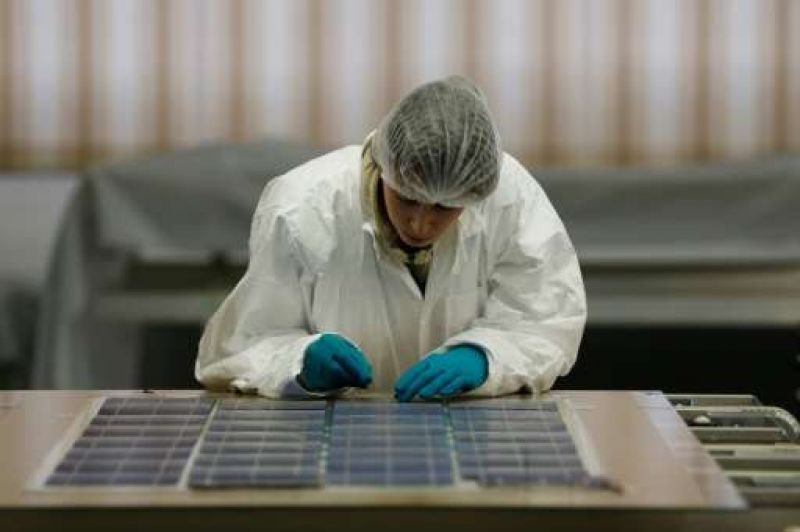 "This new use of solar energy takes advantage of large swathes of road infrastructure already in use... to produce electricity without taking up new real estate," Royal said in a statement.

The minister announced a four-year "plan for the national deployment of solar highways" with initial projects in western Brittany and southern Marseille.

An average of 2,000 cars use the road in Tourouvre each day, testing the resistance of the panels for the project carried out by French civil engineering firm Colas, a subsidiary of construction giant Bouygues. 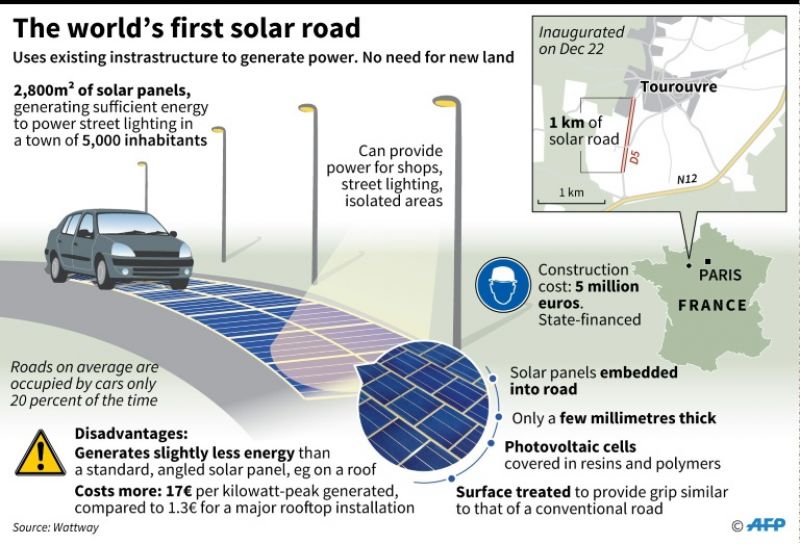 The idea, which is also under exploration in Germany, the Netherlands and the United States, is that roadways are occupied by cars only around 20 per cent of the time, providing vast expanses of surface to soak up the sun's rays.

Colas says that in theory France could become energy independent by paving only a quarter of its million kilometres of roads with solar panels.

Sceptics are waiting to see whether the panels can withstand the ravages of time and weather, as well as the beating they will take from big trucks.

Solar panels installed on a 70-metre stretch of a cycling lane north of Amsterdam experienced some damage last winter but the problem has been resolved, the project's company TNO said.

The Wattway project, which has received a state subsidy of five million euros (dollars), began with four pilot sites around France, in parking lots or in front of public buildings, on much smaller surfaces of between 50 and 100 square metres each.

One drawback of the system is that solar panels are more effective when angled towards the sun, typically on slanted rooftops, than when they are laid flat.

And the cost question is far from being resolved. Each kilowatt-peak — the unit of measure for solar energy — generated by Wattway currently costs 17 euros, compared with 1.30 euros for a major rooftop installation.

But Colas hopes to make the cost competitive by 2020, noting that the cost of producing solar energy decreased by 60 per cent between 2009 and 2015 according to a French renewable energy association, SER.