ISRO's workhorse rocket PSLV-38 today blasted off from the spaceport carrying the Cartosat-2 series satellite -  a dedicated satellite for the defence forces - along with 30 co-passenger satellites from Satish Dhawan Space Centre in Sriharikota, Andhra Pradesh.

The 28-hour countdown for the launch began at 5.29 am yesterday.

India's 'eye in the sky' is set to become sharper and wider with the launch of a third spacecraft in Cartosat-2 series.

The previous satellite in the series had a resolution of 0.8 metres and the images it took on India's neighbourhood had helped New Delhi carry out surgical strikes on seven terror launch pads across the Line of Control last year, ISRO sources said.

The latest remote sensing satellite has a resolution of 0.6 metres, which means it can spot even smaller objects. This is the 40th flight of PSLV and 17th flight of PSLV in 'XL' configuration (with the use of solid strap-on motors). 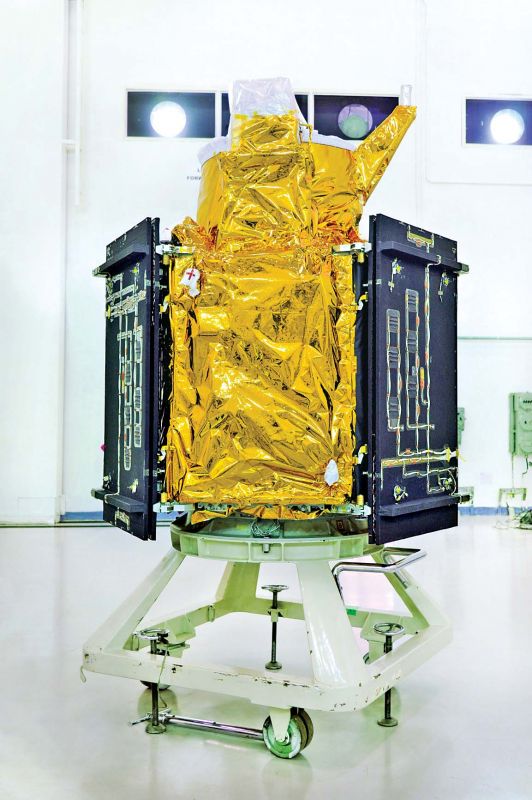 In it’s 40th flight, the PSLV rocket, will carry the 712 kg Cartosat-2 series satellite and co-passenger satellites together weighing about 243 kg into a 505 km polar Sun Synchronous Orbit (SSO).

Cartosat-2 series satellite, the primary satellite of the mission is a remote sensing satellite. It is similar in configuration to earlier satellites in the series with the objective of providing high-resolution scene-specific spot imagery.

Apart from taking pictures, it can also record videos from the sky. The pictures and videos would be helpful in a wide range of activities including military and civil planning.