They will see now the next sunrise only after six months

March 20 marked the start of the austral autumn on March 20, 2016 where researchers in the Northern Hemisphere saw the Sun set for the last time before a really long night. (Photo credit: NOAA's South Pole Atmospheric Baseline Observatory)

The observatory is part of the US Amundsen-Scott South Pole Station. Hardly a handful of people visit the place in summer and in winter, it’s so cold that even aircrafts can’t fly and scientists are marooned until late October.

The Atmospheric Research Observatory is the third-generation “clean air” facility that is located at the South Pole. It maintains one of the longest atmospheric carbon dioxide [greenhouse gas] record on earth.

Continuous long-term atmospheric records show how factories, households and cars thousands of miles away are changing the chemistry and composition of “cleanest air on earth.”

Ozone measurements have been instrumental for researchers studying the annual South Pole “Ozone Hole” offsite link.  Although the 9,305-foot altitude and temperatures dipping below -100°F make this one of the most inhospitable research sites on Earth, there are benefits.

The vast, flat polar plateau offers remarkable and unobscured views of the southern constellations, streaking satellites, and the fluttering, evanescent, Aurora Australis … from a vantage that few other humans have ever seen.

Watch the long night settle over the South Pole on NOAA/ESRL’s live web camera. Click on the photo below to see it live. The photo is updated every 15 minutes. 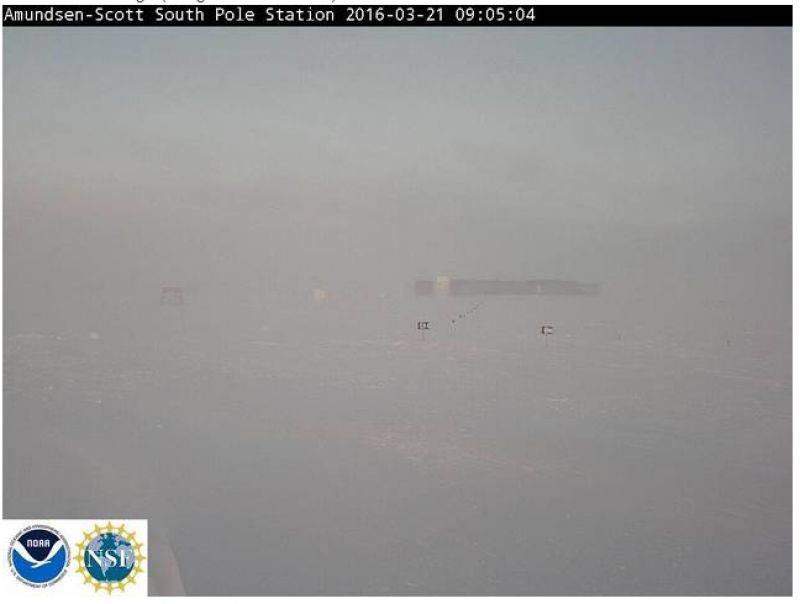 You can also view time lapse videos for each month from the camera. Click the photo below: 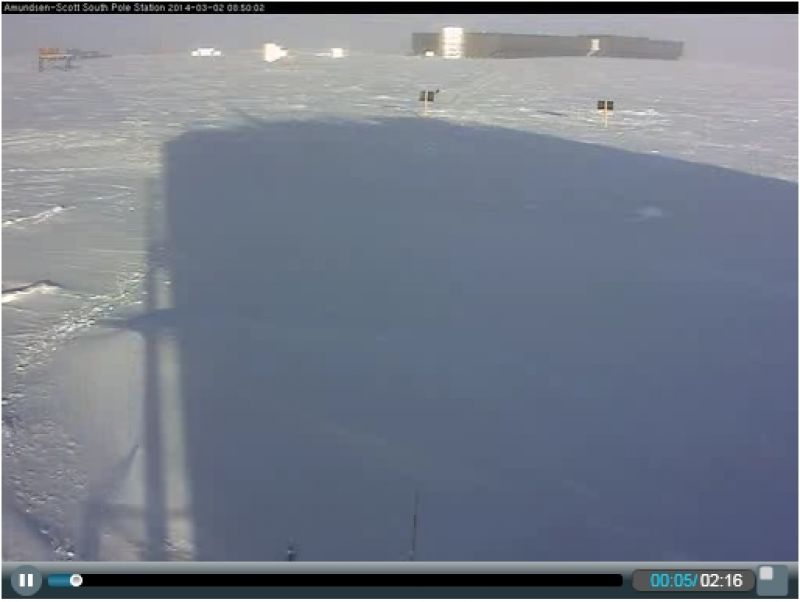 Celestial excitement in store for sky gazers this month