The photo shows medieval Saxonian, Ottoman, Danish and Byzantine coins after a medieval silver treasure had been found near Schaprode on the northern German island of Ruegen in the Baltic Sea. (Photo: AP)

Hundreds of 1,000-year-old silver coins, rings, pearls and bracelets linked to the era of Danish King Harald Gormsson have been found on the eastern German island of Ruegen in the Baltic Sea. 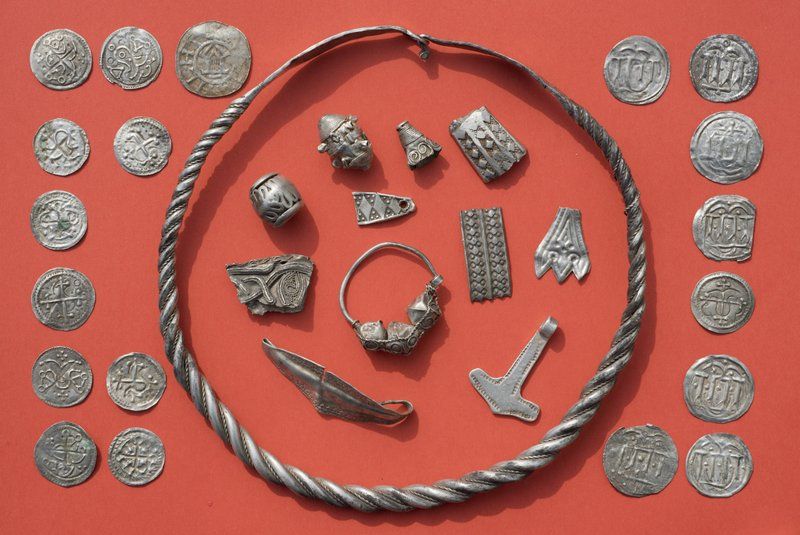 “It’s the biggest trove of such coins in the southeastern Baltic region,” the statement said. The office said the two amateur archaeologists were asked to keep quiet about their discovery to give professionals time to plan the dig and were then invited to participate in the recovery.

“This was the (biggest) discovery of my life,” hobby archaeologist Rene Schoen told the German news agency DPA. 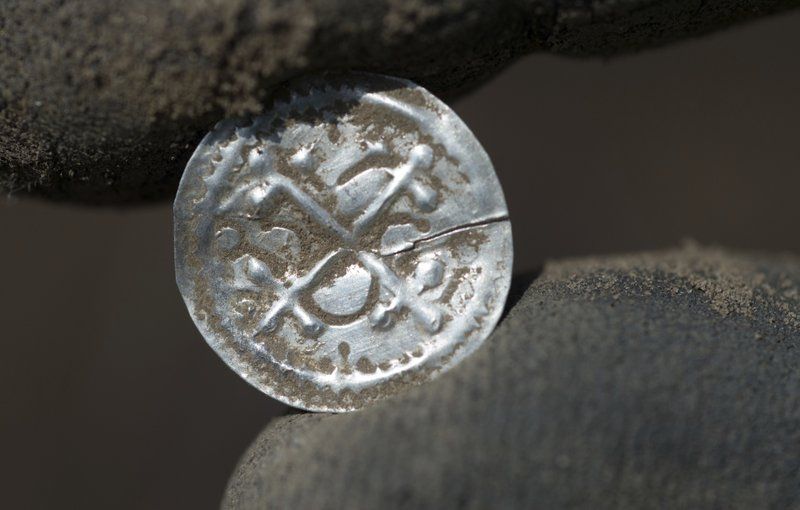 Schoen said he and 13-year-old Luca Malaschnitschenko were using metal detectors on the field near Schaprode when Luca found a little piece that he initially thought was only aluminium garbage. But when they cleaned it, they understood it was more precious.

Archaeologists said about 100 of the silver coins are probably from the reign of Harald Gormsson, better known as “Harald Bluetooth,” who lived in the 10th century and introduced Christianity to Denmark.

He was one of the last Viking kings of what is now Denmark, northern Germany, southern Sweden and parts of Norway.

His nickname came from the fact he had a dead tooth that looked bluish, but it’s now best known for the wireless Bluetooth technology invented by Swedish telecom company Ericsson. The company named the technology, developed to wirelessly unite computers with cellular devices, after him for his ability to unite ancient Scandinavia. The technology logo carries the runic letters for his initials HB.