How to watch this year’s biggest meteor shower from India?

Two options available at the moment – watch them in person or watch them online. (Photo: Pixabay)

The Perseid meteor shower which can feature more than 100 meteors per hour is set to peak for August 12, on Monday night. NASA noted that the shower is also known to produce fireballs, which are way larger and brighter than an average meteor shower.

The Perseid meteor shower displays fast and bright meteors leaving a long trail of light behind, which is clearly visible by the naked eye. Bill Cooke of NASA's Meteoroid Environment Office said to Thrillist that on the night of August 12, we'll have a waxing gibbous moon. The nearly full moon will wash out fainter meteors, but the fireballs and brighter streaks will still be visible.

The peak time of the meteor shower

August 12 midnight to the next early morning of August 13. During this time, between 60 and 80 meteors will dash across the night sky in India.

However, Space-India.com says, “Every year between July 17 to August 24, Earth crosses the orbital path of comet Swift-Tuttle, So, this year it will peak on 11 to 13 August but it will be difficult to observe as bright Waxing Gibbous Moon will be there in the sky.” 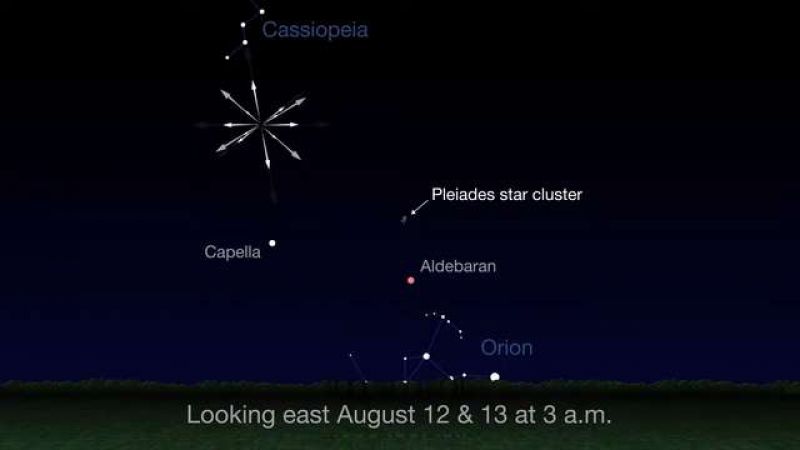 How to watch the meteor shower in India?

Two options available at the moment – watch them in person or watch them online.

If you are opting for the first choice, we recommend you to find a dark and quiet spot from where you’ll be able to watch the whole sky.

Online, Robotic telescope service Slooh will broadcast the meteor shower online on the night of August 12. The live stream will kick off at 6.30 am IST or 2 am BST. You will need a Slooh membership to watch the stream but you can sign up for a free 14-day trial.