The revelations have pointed towards the pattern galaxies form while developing into old age and also shed light on the huge black holes at their center. (Representative Image)

Some huge galaxies that are over a billion years old have been hidden from the human eye since we’ve looked up at the sky. According to a study by astronomers from the University of Tokyo, there are 39 such galaxies out there.

The astronomers discovered these galaxies by combining results obtained from various telescopes around the world. The galaxies were previously undiscovered because their distance makes their light very faint and hard to detect.

The ALMA array, a powerful satellite was required to detect the light, the wavelength of which sometimes is on sub-millimeter levels. 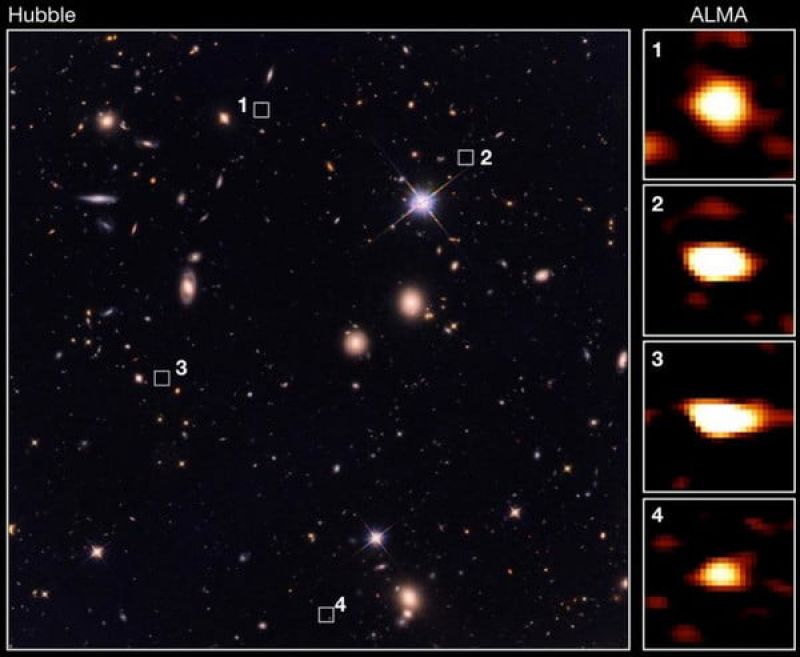 “It was tough to convince our peers these galaxies were as old as we suspected them to be. Our initial suspicions about their existence came from the Spitzer Space Telescope’s infrared data,” researcher Tao Wang said in a statement.

“But ALMA has sharp eyes and revealed details at submillimeter wavelengths, the best wavelength to peer through dust present in the early universe. Even so, it took further data from the imaginatively named Very Large Telescope in Chile to really prove we were seeing ancient massive galaxies where none had been seen before.”

“This is the first time that such a large population of massive galaxies was confirmed during the first 2 billion years of the 13.7-billion-year life of the universe. These were previously invisible to us,” Wang said. “This finding contravenes current models for that period of cosmic evolution and will help to add some details, which have been missing until now.”

The revelations have pointed towards the pattern galaxies form while developing into old age and also shed light on the huge black holes at their center. It is believed that the size of Black Holes at the center of a galaxy is directly proportional to the size of the universe.

The findings also link to the reserves of dark matter in every galaxy, which affects its shape and structure. “Researchers will need to update their theories now,” said Kohno.

COVID-19: Gap of six weeks ideal for vaccination after recovery

Single vaccine dose can reduce household COVID-19 transmission by up to half: Study

Paddy and other cultivation in saline soil possible, say scientists at KVK