Einstein was right! Here's a lowdown on gravitational waves, LIGO

The gravitational waves were detected on September 14, 2015 at 5:51 a.m. Eastern Daylight Time (09:51 UTC) by both of the twin Laser Interferometer Gravitational-wave Observatory (LIGO) detectors, located in Livingston, Louisiana, and Hanford, Washington, USA. The LIGO Observatories are funded by the National Science Foundation (NSF), and were conceived, built, and are operated by Caltech and MIT.

In a landmark discovery for physics and astronomy, international scientists have finally announced that they have glimpsed the first direct evidence of gravitational waves, or ripples in space-time. This was first predicted by Albert Einstein almost a century ago.

Two black holes collided some 1.3 billion years ago. Subsequently, the joining of those two great masses sent forth a wobble that hurtled through space and arrived at Earth on September 14, 2015. This was when it was picked up by sophisticated instruments back at earth and the phenomenon was observed by two US-based underground detectors. The instrument (detector) is designed to spot tiny vibrations from passing gravitational waves, and is a project known as the Laser Interferometer Gravitational-wave Observatory, or LIGO.

First of all, let’s talk about Gravitational Waves. What are they?

Gravitational waves are a measure of strain in space, an effect of the motion of large masses that stretches the fabric of space-time -- a way of viewing space and time as a single, interweaved continuum. They travel at the speed of light and cannot be stopped or blocked by anything.

Gravitational Waves are ripples in the curvature of space-time which propagate as waves, travelling outward from the source. It was first predicted in 1916 by Albert Einstein. The theory was about general relativity, where gravitational waves transport energy as gravitational radiation.

Gravitational waves carry information about their dramatic origins and about the nature of gravity that cannot otherwise be obtained. Physicists have concluded that the detected gravitational waves were produced during the final fraction of a second of the merger of two black holes to produce a single, more massive spinning black hole. This collision of two black holes had been predicted but never observed.

The gravitational waves were detected on September 14, 2015 at 5:51 a.m. Eastern Daylight Time (09:51 UTC) by both of the twin Laser Interferometer Gravitational-wave Observatory (LIGO) detectors, located in Livingston, Louisiana, and Hanford, Washington, USA. The LIGO Observatories are funded by the National Science Foundation (NSF), and were conceived, built, and are operated by Caltech and MIT.

So what is the LIGO?

LIGO, or Laser Interferometer Gravitational-wave Observatory, is the world's largest gravitational wave observatory and a cutting edge physics experiment. Comprised of two enormous laser interferometers located thousands of kilometers apart, LIGO exploits the physical properties of light and of space itself to detect and understand the origins of gravitational waves.

Though it's called an observatory, LIGO is unlike any other observatory on Earth. Ask someone to draw a picture of an observatory and odds are it will look something like the photo shown below: a typical telescope dome on a mountain-top. 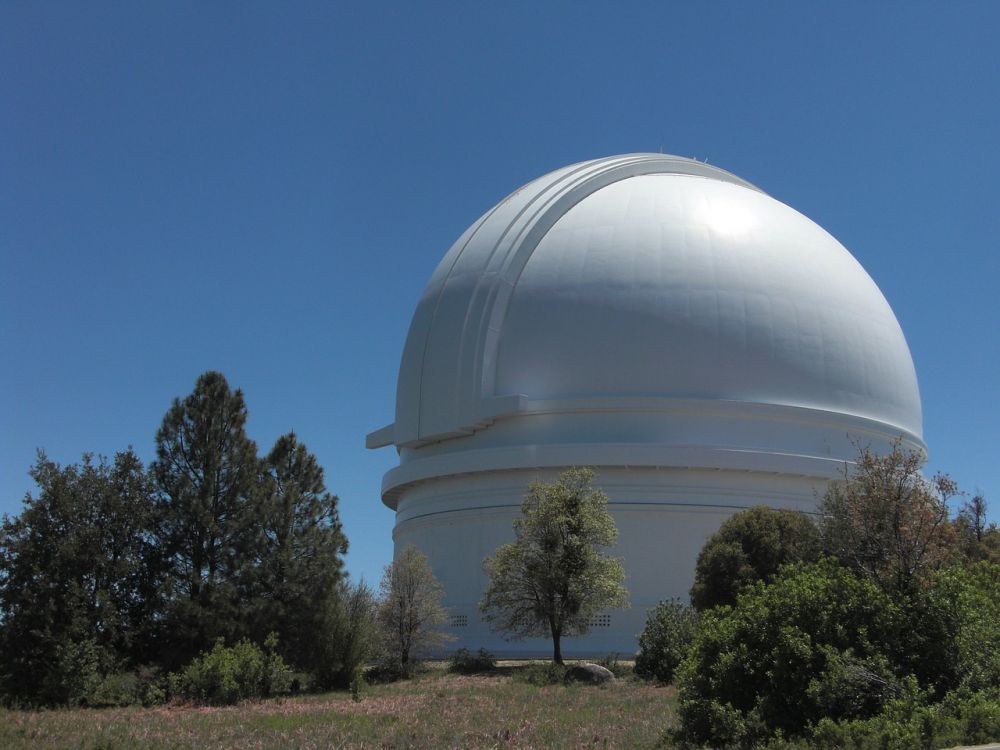 Although LIGO will search for gravitational waves from space, and it is called an "Observatory", LIGO is not, strictly speaking, an astronomical facility. LIGO is truly a physics experiment on the scale and complexity of some of the world's giant particle accelerators and nuclear physics laboratories. Though its mission is to detect gravitational waves from some of the most violent and energetic processes in the Universe, the data it will collect will have far-reaching effects on many areas of physics including gravitation, relativity, astrophysics, cosmology, particle physics, and nuclear physics.

LIGO is blind: Unlike optical or radio telescopes, LIGO cannot see electromagnetic radiation, for example visible light, radio waves, microwaves, etc. It does not need to detect any of the above, simply because it is Gravitational Waves are not part of the electromagnetic spectrum. In short, it cannot see or detect, but can only ‘feel’ it. 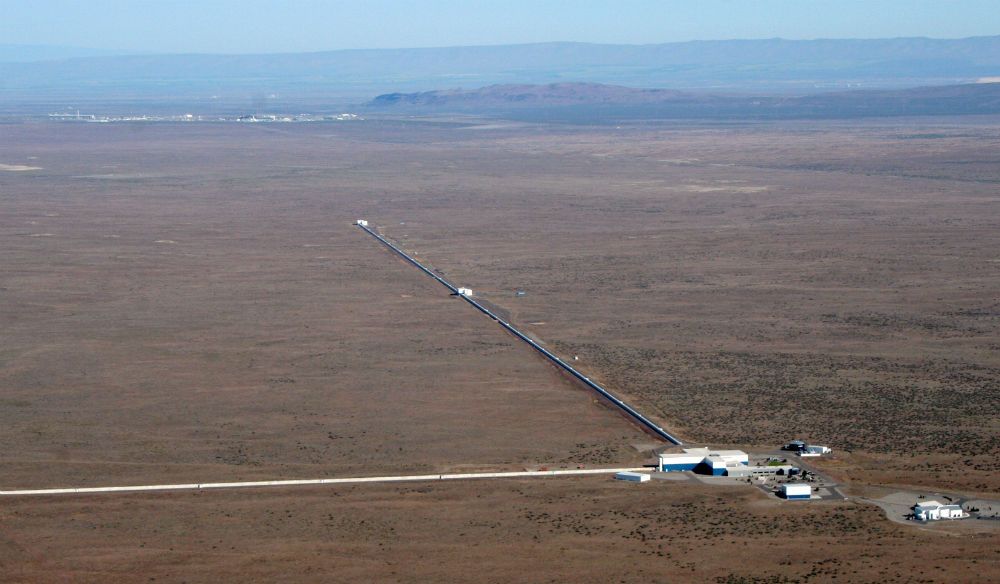 LIGO is deaf: Since LIGO doesn’t need to focus light or radio waves from stars or other objects in the Universe, it doesn't need to be dish-shaped like telescope mirrors or radio dishes, which focus electromagnetic radiation into images. Instead, LIGO’s eyes on the sky are more like ears. LIGO’s ears consist of two perfectly straight and level 4 km (2.5 mi.) long steel vacuum tubes, 1.2 m in diameter, arranged in the shape of an “L”, and protected by a 10-foot wide, 12-foot tall concrete enclosure that protects the vacuum tubes from the outside world.

LIGO cannot work alone: While an astronomical observatory can function and collect data just fine on its own (some don’t by choice), gravitational wave observatories like LIGO cannot operate solo. The only way to definitively detect a gravitational wave is by operating in unison with a distant twin so that local vibrations are not mistaken for signals from gravitational waves. There are some very good reasons for this, which you can learn about in LIGO’s Dual Detectors. LIGO's detector is a laser interferometer. To learn more about LIGO and interferometers, you can log on to the LIGO website. 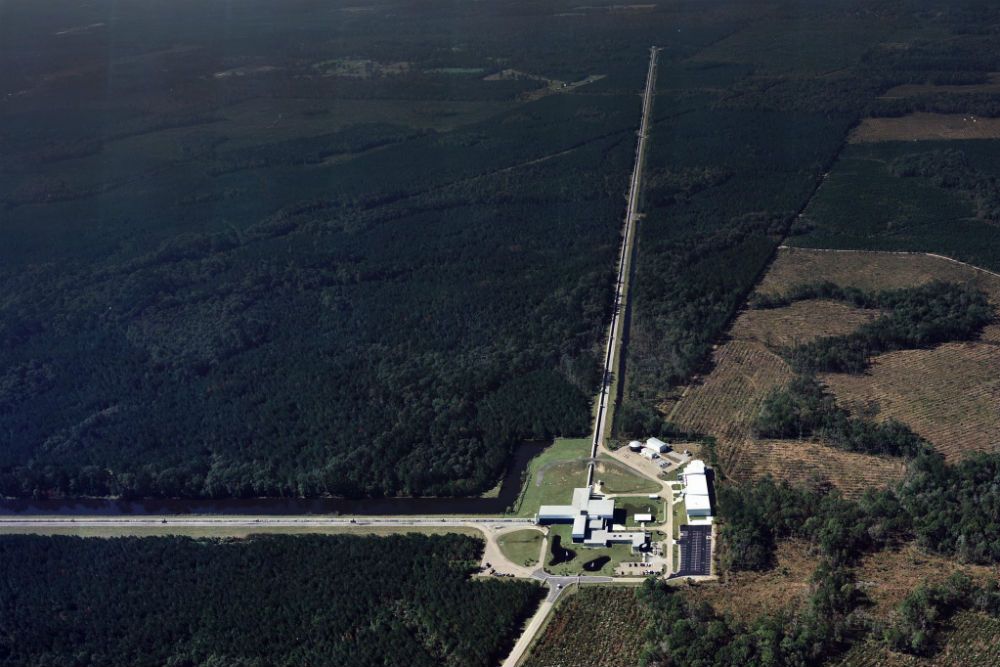 LIGO is the most advanced detectors ever built for sensing tiny vibrations in the universe. The two US-based underground detectors are known as the Laser Interferometer Gravitational-wave Observatory, or LIGO for short. One is located in Hanford, Washington; the other 1,800 miles (3,000 kilometers) away in Livingston, Louisiana.

Construction began in 1999, and observations were taken from 2001 to 2007. Then they underwent a major upgrade to make them 10 times more powerful. The advanced LIGO detectors became fully operational for the first time in September 2015.

With inputs from agencies, Wikipedia and LIGO Caltech.