Washington: NASA's New Horizons spacecraft has captured images of frozen nitrogen glaciers on Pluto carrying numerous 'floating' hills that may be fragments of water ice, giving an insight into the dwarf planet's fascinating and abundant geological activity. These hills individually measure one to several kilometres across, according to images and data from New Horizons. 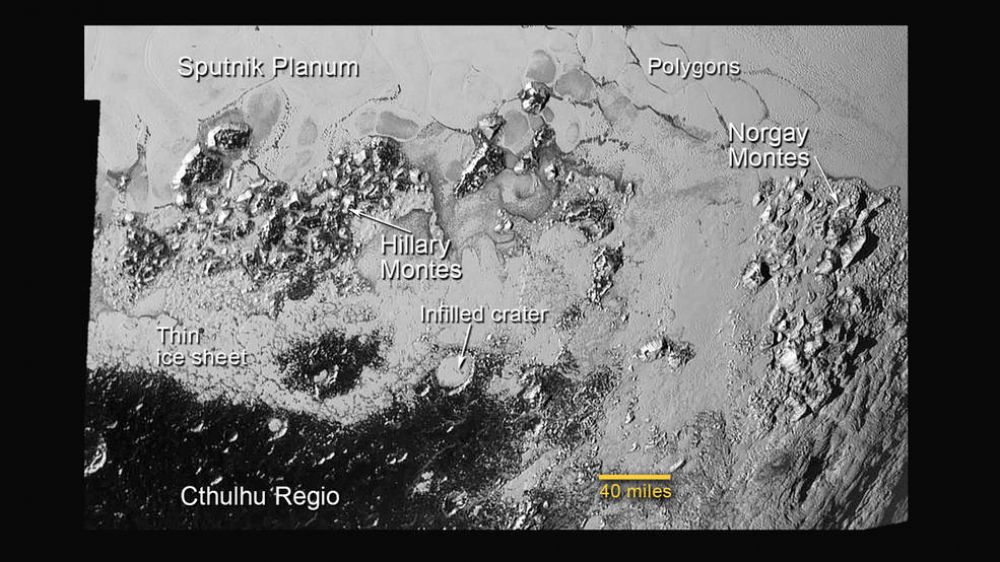 This annotated image of the southern region of Sputnik Planum illustrates its complexity, including the polygonal shapes of Pluto’s icy plains, its two mountain ranges, and a region where it appears that ancient, heavily-cratered terrain has been invaded by much newer icy deposits (Photo: NASA)

The hills, which are in the vast ice plain informally named Sputnik Planum within Pluto's 'heart,' are likely miniature versions of the larger, jumbled mountains on Sputnik Planum's western border. They are yet another example of Pluto's fascinating and abundant geological activity, NASA said. 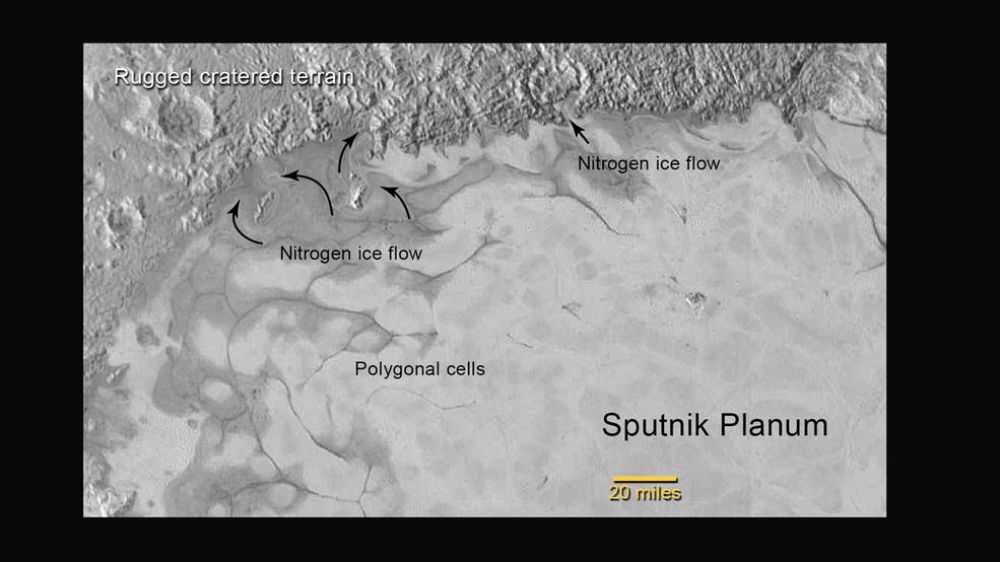 In the northern region of Pluto’s Sputnik Planum, swirl-shaped patterns of light and dark suggest that a surface layer of exotic ices has flowed around obstacles and into depressions, much like glaciers on Earth (Photo: NASA)

Since water ice is less dense than nitrogen-dominated ice, scientists believe these water ice hills are floating in a sea of frozen nitrogen and move over time like icebergs in Earth's Arctic Ocean. The hills are likely fragments of the rugged uplands that have broken away and are being carried by the nitrogen glaciers into Sputnik Planum. 'Chains' of the drifting hills are formed along the flow paths of the glaciers.

When the hills enter the cellular terrain of central Sputnik Planum, they become subject to the convective motions of the nitrogen ice, and are pushed to the edges of the cells, where the hills cluster in groups reaching up to 20 kilometres across. At the northern end of the image, the feature informally named Challenger Colles - honouring the crew of the lost space shuttle Challenger - appears to be an especially large accumulation of these hills, measuring 60 by 35 kilometres.

This feature is located near the boundary with the uplands, away from the cellular terrain, and may represent a location where hills have been 'beached' due to the nitrogen ice being especially shallow. The new image was captured using New Horizons' Multispectral Visible Imaging Camera (MVIC) instrument. 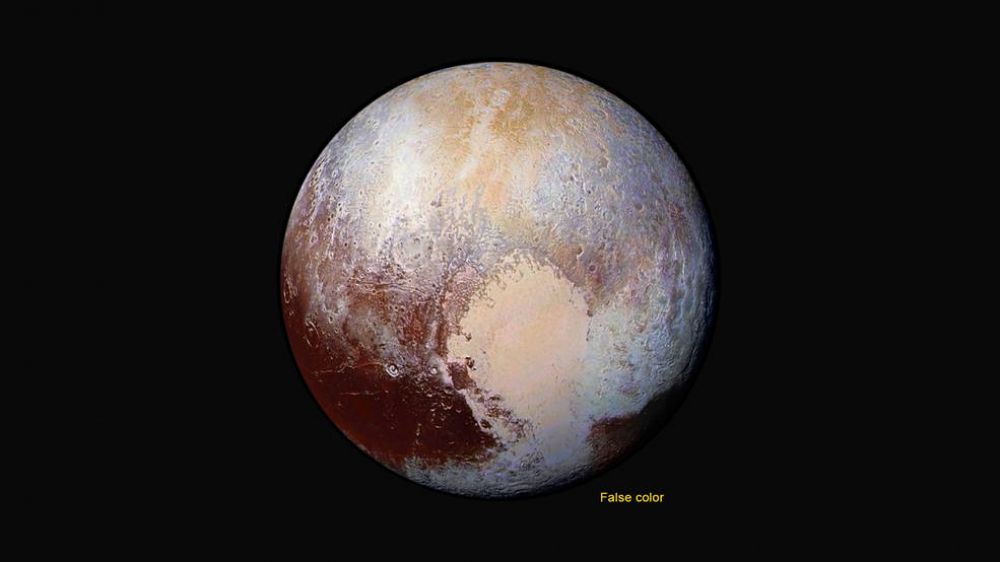 The image resolution is about 320 metres per pixel. The image measures a little over almost 500 kilometres long and about 340 kilometres wide. It was obtained at a range of approximately 16,000 kilometres from Pluto, about 12 minutes before New Horizons' closest approach to Pluto on July 14, last year.

Delta variant is dangerous and is continuing to evolve and mutate: WHO chief

Chandrayaan-3 likely to be launched during third quarter of 2022: Jitendra Singh