The nearest thing to Martian terrain is a place in Kutch, Gujarat

Prof Saibal Gupta of IIT-Kharagpur says a site in Kutch district of Gujarat could be the nearest thing to a clone of the Martian terrain.

Bengaluru: Could climate change have eliminated water from Mars many million years ago? To best study that intriguing question, we earthlings would need to go to the planet. But a mission to Mars is years away if not decades.

The next best thing to being on Mars is to find a spot on Earth that resembles it the most. Just such a place is situated around 86 km northwest of Bhuj in Gujarat. The site is called Matanumadh (also spelt Matanamadh).

Scientists from IIT-Kharagpur, Space Applications Centre (SAC-ISRO), Ahmedabad, and the National Geophysical Research Institute (NGRI), Hyderabad, have found that this rocky region in Kutch is closest to being a terrestrial clone of the red planet. 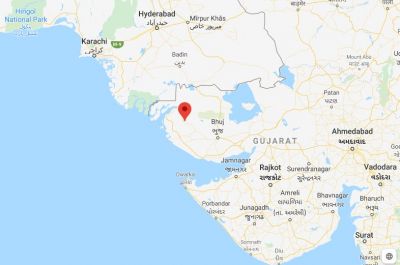 And now NASA-funded experts are bidding to study the site to find an answer to questions relating to water on the Martian surface and what other changes were wrought by climate change on the planet billions of years ago.

The study will also help scientists decide on potential landing sites for future missions of NASA and ISRO to Mars, according to Prof Saibal Gupta, head of geology and geophysics at IIT-Kharagpur.

“There’s nothing official as yet about the collaborative mission but we will write our proposal soon, and they (experts funded by NASA) will write theirs,” Prof Gupta told Deccan Chronicle.

If the mission comes off, potential landing sites on Mars for future exploratory missions could be picked on the basis of work by this team.

These experts, from the Washington University in St Louis, agreed that Matanumadh is ‘possibly the best mineralogical analogue of Mars’, he added.

It took scientists -- working with a modest budget of Rs 10 lakh as compared with the millions of dollars spent on robotic missions to the Mars -- three and a half years of research to discover Matanumadh and to spot there a rare mineral called Jarosite.

With the help of detailed spectroscopic studies supplemented with x-ray diffraction patterns, the researchers identified the presence of Jarosite, which is a key mineralogical indicator of the hydrous, acidic and oxidizing conditions on the surface of early Mars.

Matanumadh is the sole place on earth where Jarosite exists in a basalt terrain. Further, the Jarosite there was formed bereft of any volcanic activity in the region.

“That makes it even more interesting,” said Prof Saibal Gupta.

The presence of rare mineral Jarosite was reported from various parts of the surface of the Red Planet by NASA’s Mars exploration rover Opportunity in 2004. Since then, other rovers have detected Jarosite at several localities on the planet’s surface. 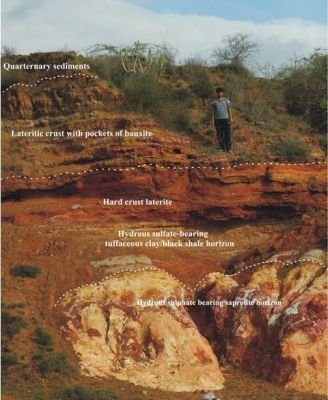 The red-orange appearance of the Martian surface is due to the presence of iron oxide or rust. It could look like butterscotch. Other common surface colours include golden brown, tan, and green, depending on the minerals present.

DCGI extends shelf life of Covishield from 6 to 9 months

Hyderabad male nurse develops COVID-19 a second time. Is that even possible?