Could it be aliens visiting our solar system? Or could it just be a work of the planet’s atmosphere?

Well, the theory could be a rumour that aliens are around in our solar system. However, it’s definitely not them. NASA recently spotted a weird glowing patch on Pluto and the glow is over 10 miles across. 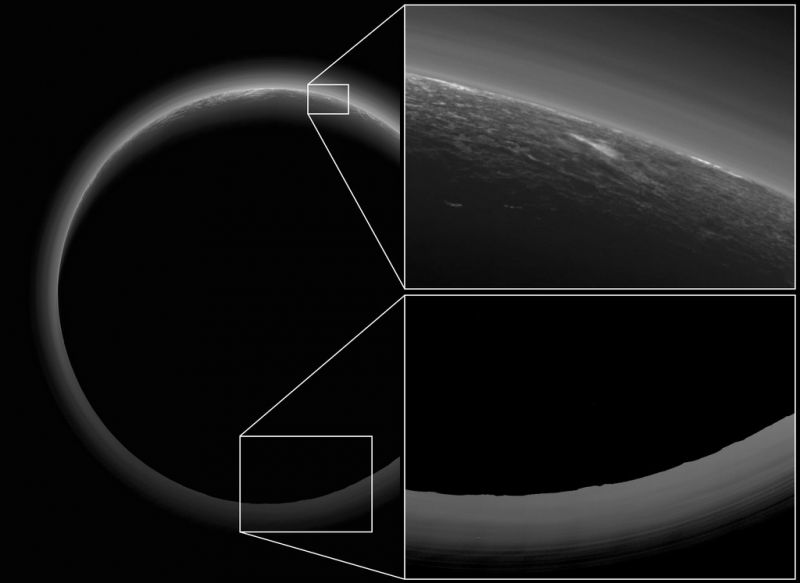 On July 2014, NASA’s New Horizons spacecraft was approaching Pluto and managed to send some photos back to Earth. The photos were stunning, but what surprised the people back home was a significant glowing spot that was seen below the lower atmosphere of Pluto. The glow was over 10 miles across and looks like a possible alien city or a large spacecraft in the area.

The alien theory can be ruled out as researchers think that it is a possible cloud reflecting the sunlight. However, Pluto having clouds is a little exceptional for now and if it is, then it would be the first time that clouds are spotted in photos sent back from the New Horizons. Long suggestions by models of Pluto have always predicted that conditions on Pluto would be acquiescent to formation of methane clouds. NASA’s photo also predicts a possibility to this hypothesis.