Kishwar Desai
Kishwar Desai, is the chair of the Arts and Cultural Heritage Trust, which is setting up the Partition Museum at Town Hall, Amritsar.

Undoubtedly the highlight of the past few weeks was the visit by the Prime Minister of India, Narendra Modi — who despite his hectic schedule, swept everyone away with his interaction at Westminster Hall, in London. It was very ably anchored by Prasoon Joshi, who wears many hats as a brilliant poet, screenplay writer, adman, and head of the censor board. One could not but help appreciate the thought to detail which had gone behind the interaction, so that all queries from NRIs in the UK were amply covered.

The interaction was cleverly meshed together with quick presentations of an emerging, strong India — and to the disappointment of critics — it gave a very positive image. (As always, the disappointment is puzzling — why should we not celebrate progress and credit the work that is being done? After all, we want the country to be synonymous with positive change.)

Everyone commented later at how “electric” the atmosphere was. And how engaged the PM had been. There is little doubt that he does genuinely enjoy interacting with people.

And I would also like to add my own personal sense of relief that it all went so smoothly. I have attended enough events before in the UK where things are shambolic and the Brits love to laugh about “Indian Stretchable Time” because events rarely start on time and there are constant glitches. And it was also devoid of bling and bluster.

The audience had a deep sense of satisfaction at having genuinely interacted with a Prime Minister who tackled every question with equal sincerity — whether it was on personal, political or economic matter.

Let’s appreciate that the British politicians watching would have felt a twinge of envy: now if only they could get the same response — even from their most ardent admirers!

And for those forlorn protesters, standing outside Westminster Square, I would sincerely advise them to return to India and face the music: get out there and do some genuine work to improve the social parameters instead of the constant, meaningless India-bashing.

It’s just as well that the Duchess of Cambridge times her babies so well. She politely waited to produce the latest till CHOGM was over and the Queen, Prince Charles and other royalty could focus on little Louis. As always Kate Middleton emerged from the hospital ward within seven hours — impeccably dressed, we learnt from the tabloids, in a Jenny Packham outfit, and with baby, William, heels and earrings all in their rightful places. As we have queried before when George and Charlotte were born ... can this ever be considered normal behaviour? Is this a slightly exaggerated version of the proverbial “stiff upper lip”? If there was even the tiniest bit of discomfort — she has never shown it. Baby Louis was as perfect as her, asleep while the world’s photographers clicked away. I have to admit that I did not care too much for his name as it reminded me of Louis Mountbatten — the man who Partitioned India, in such haste.

The name cannot be too popular in the UK, either, as it sounds far too French. Records show that for close to two centuries, every king of France was called Louis (between 1610 and 1798): at least 18 of them. Some critics call it a “Remainer” not a “Brexit” name. But let’s remember the Bard… “What’s in a name?” 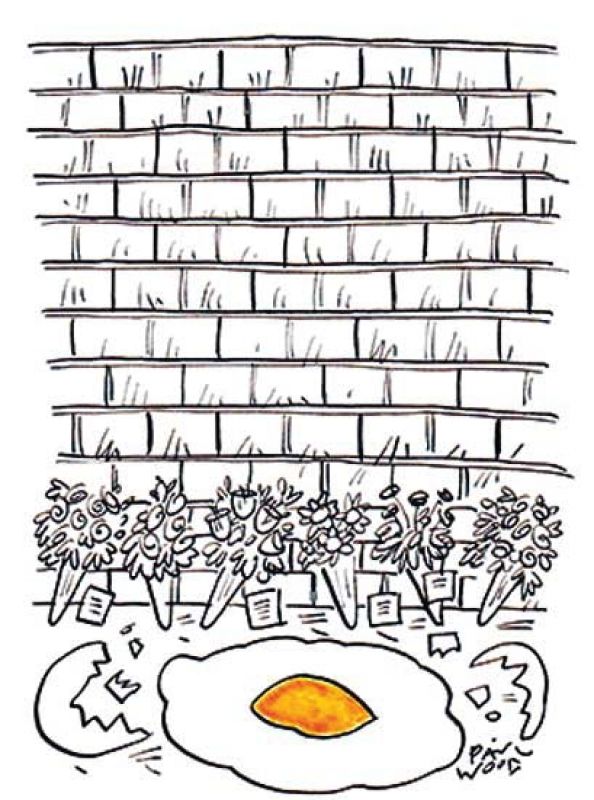 Nor would many be pleased with “Indo-Pak” origin author Aatish Taseer’s latest revelations in a magazine, either, in which he has claimed that he and his ex-girlfriend Lady Gabriella Windsor (50th in the line to the throne) took ecstasy and swam naked in the swimming pool at Buckingham Palace. Frankly these revelations sound a bit odd as he takes the lid off the Royals a little before Meghan Markle’s wedding to Prince Harry, when interest in the Royals would be at an all time high!

Taseer is an author (with an Indian mother and a Pakistani father) who has also written detailed accounts of his personal life before. So we should not be surprised.

However,the real shock would be to his ex girlfriend, Gabriella, the daughter of Prince Michael of Kent. Apart from that, the British public has been inured over the years about the indiscretions of some of the Royals (remember the toe-sucking incident, and Princess Margaret’s so-called involvement with the Mafia?). Thus I doubt if anyone is much bothered what Gabriella and her former boyfriend had been up to. Perhaps even the guards may have thought that swimming naked in the pool was a course in naturopathy!

Many believe that kiss and tell is bad form — but who cares in this world of social media where twitter tattle is all the rage.

And we are all infinitely pleased that finally the canopies surrounding the latest statue next to that of Mahatma Gandhi at Parliament Square have finally come down — revealing, at last a woman on this very male dominated square! This is much required.... we should celebrate many many iconic women every day and every week, and not just once a year on “women’s day”. The statue of Millicent Fawcett by award winning sculptor Gillian Wearing marked 100 years of the suffragette movement. Fawcett is depicted with a banner inscribed with words from one of her speeches, “Courage Calls to Courage Everywhere”. The wonderful thing is that the plinth on which she stands also bears the images of 55 women who had struggled to get the women the right to vote. This includes four men as well…

A very important installation for women in front of the mother of all Parliaments! Mahatma Gandhi, would approve!

Abhijit Bhattacharyya | China is many things, but it’s definitely not ‘lovable’

Jagan Reddy has spoilt all the good work we did