Anand K Sahay
Anand Sahay is a senior journalist based in Delhi.

The Chinese way or highway

For all practical purposes Beijing has criticised India for keeping away from OBOR which, it says, will be a significant factor for stability and meta-regional development, and therefore peace and prosperity.

The Chinese are playing their One Belt One Road (OBOR) move, a massive once-in-a-lifetime geopolitical lunge in multiple domains, as a benign attempt at infrastructure-building and economic connectivity. For all practical purposes Beijing has criticised India for keeping away from OBOR which, it says, will be a significant factor for stability and meta-regional development, and therefore peace and prosperity.

This is a bit rich. Since when did Beijing care for infrastructure and regional connectivity unless it was in the driver’s seat? It is evident that China is upset with India for calling a spade a spade and making it clear that it wasn't ready to bless its strategic quests.

For those who are not blind, Afghanistan to Dhaka would have been a seamless journey for road traffic by now — in the process transforming lives through billions of dollars of trade and investments —  if Pakistan had not played mischief and prevented the flow of goods from Bangladesh and India through its territory into Afghanistan.

Kabul’s and New Delhi’s pleadings fell on deaf ears in Islamabad. It is hard to recall a single instance when the politburo in Beijing urged its all-weather friends, Pakistan’s top-shots in olive green, to think of connectivity, stability and development and letting Afghanistan prosper by trading as far afield as Bangladesh.

We should go back further. Pakistan placed roadblocks in every SAARC forum dedicated to the expansion of trade, investments and connectivity within the grouping. China, which at one stage desired to participate in SAARC, did not see it fit to advise the generals in Rawalpindi to reflect on the virtuous cycle that would be generated if their “nyet” mentality was forsaken in the context of SAARC connectivity. It can be argued that what China, along with Pakistan, want to see most dearly is the closing down of SAARC and luring of SAARC members into the OBOR network. In that way they envisage the loosening of India’s commercial, financial, infrastructure and economic linkages with the sub-continent (minus Pakistan). This is an impossibility, of course.

Among most SAARC countries, it is not just capital and finance that move, but also labour and culture, and there are no inimical distances and harsh terrains to traverse, as in the OBOR case, against which Jia Qingguo, a Beijing university scholar and member of the Study Committee of the People’s Political Consult-ative Conference, had cautioned. And much of the labour force moves to take advantage of the markets in India.

Jia had worried about the “wishful thinking” aspect of OBOR, which (in its maritime as well as land avatars) would touch the eastern regions of Africa, besides the Maldives, Sri Lanka, Nepal, Bangladesh, Myanmar and the wholly unpredictable regions of Central and West Asia, to say nothing of the territories from the Karakoram to Balochistan in Pakistan that are ripe with upheavals of many kinds and degrees.

But Beijing still thinks the iron is hot, although some of its lead thinkers on geopolitical affairs worry. Xi Jinping is lord and master and his word is law as he is already sitting in the pantheon which has only two other occupants, Mao and Deng Xiaoping. In his lifetime Xi hopes to transcend beyond mere economic influence to seek to radiate extensive geopolitical po-wer.

In this effort China’s investible surpluses are indispensable. These can’t travel eastward. South Korea and Japan can do without Chinese infrastructure support. Therefore, it is desperate to go westward, a much poorer part of the world for a long stretch.

The real focus, in the foreseeable future is, of course, Pakistan, which is China’s gateway to Gwadar port on the Makran coast and the Arabian Sea, where a major naval facility to harbour nuclear-powered submarines is envisioned as another useful check on India. The vehicle for this is the China-Pakistan Economic Corridor (CPEC) on which the Pakistanis placed a value of $46 billion (over an undefined period).

In the event, Beijing has little choice, but to ride roughshod on India’s sovereignty concerns in PoK. People’s Liberation Army (PLA) West Zone troops moved into PoK in the guise of workers on infrastructure projects some time ago- not only in Gilgit-Baltistan, but also in the Jhelum and Neelum River valleys, just across from Baramullah on the Indian side. (It is not unlikely that a Chinese trooper might be hit if the Indian Army shells with medium artillery in that area!)

Since early 2015, when Xi Jinping, first made a reference to  CPEC and OBOR on a visit to Pakistan, colonies of Chinese labourers and supervisors, PLA’s sappers and miners in effect, have proliferated. They are already thought to be a division-strong, although it is hard to be certain about figures.

The Indians raised red flags in 2009-10. The point made was that a Chinese road cannot be built through Indian territory (even if it is under Pakistan’s occupation). In Gilgit-Baltistan, the ADB had declined to finance power projects unless a no-objection certificate was obtained from India, but the “social imperialists” sitting in Beijing have had no qualms about the same projects. Spreading strategic influence has trumped theory and morality.

On this and related issues, India has practically been silent on the diplomatic front since Xi’s 2015 visit to Pakistan, the effective date for announcing OBOR to the world. It is extraordinary that New Delhi kept its thoughts to itself until the very last minute even on the issue of attending the two-day Belt Road Forum conclave in Beijing last Sunday and Monday. This is the lowest ebb that pusillanimity can reach.

New Delhi should have been out campaigning long before that — telling all concerned that the social imperialists were trying to spread their wings, and that eventually not much was likely to accrue to the smaller nations that look to be taken in. Look at the example of Sri Lanka, they might have been told, where every dollar supposedly invested as soft loan by China was taken out with neat profit. India evidently has some way to go in its geopolitical positioning. 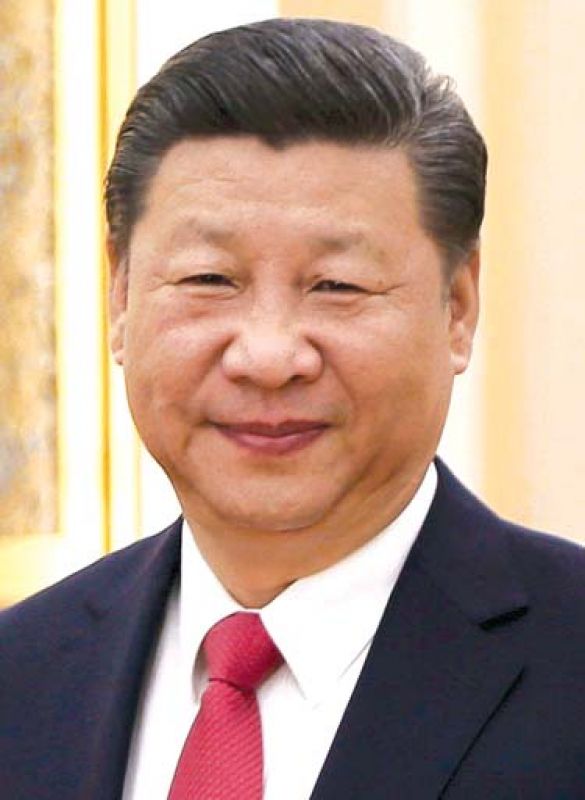 Mohan Guruswamy | Check India’s corruption, or insurgencies will go up

Jagan Reddy has spoilt all the good work we did