The road that caved in created a 20-feet-deep pit and prevented Mr Yadav from moving out of his bungalow.

The road right in front of Samajwadi patriarch Mulayam Singh Yadav’s bungalow on Lucknow’s Vikramaditya Marg has caved in for the third time in recent weeks. The road that caved in created a 20-feet-deep pit and prevented Mr Yadav from moving out of his bungalow. PWD officials rush in to fill up the gaping hole but the road keeps caving in again and again. While the PWD department says that the sewer line running beneath the road needs to be replaced, the estimated cost for this is Rs 28 crores, which the Yogi Adityanath government has not yet sanctioned.

SP leaders, on the other hand, are coming up with their own theories — depending on their loyalties — over the caving in of the road. Akhilesh loyalists claim that unless the Samajwadi patriarch stops speaking against Akhilesh Yadav, the road would not allow him to travel smoothly. The Shivpal faction sees this as a bad omen for netaji.  “He will not be able to travel f ar if he continues to play politics in the family,” said one leader. Either way, the road in politics and the one outside his house, does not seem to be in good condition for Mulayam Singh Yadav right now.

Admit card for Lord Ganesh
Education has been under the lens ever since the toppers’ scam rocked Bihar. The state’s education system once again became the subject of ridicule after a university released an admit card bearing a picture of Lord Ganesh. A student of J.N. College, which comes under Lalit Narayan Mithila University (LNMU) in Darbhanga district, Krishna Kumar Roy, was shocked to see the photograph and signature of Lord Ganesh on the admit card that was issued to him by the university. 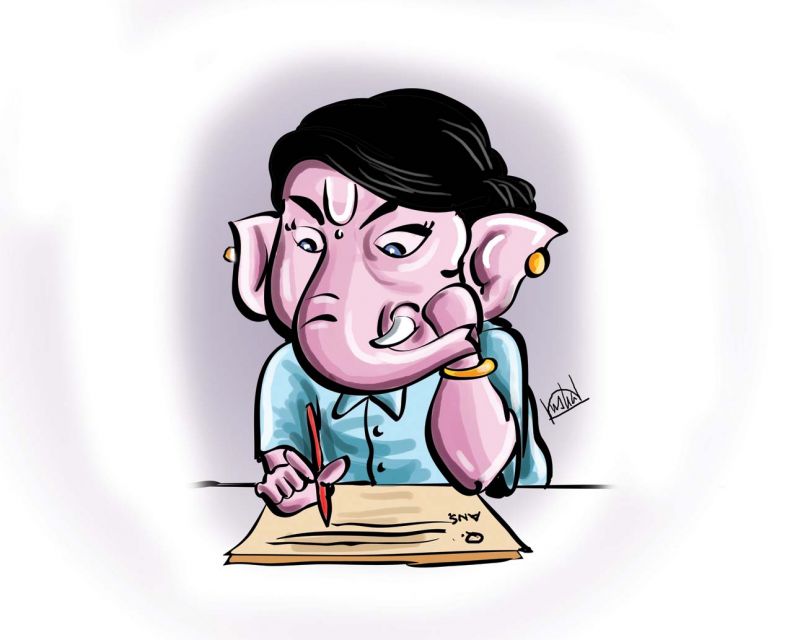 Miffed by this, Roy, a first-year B.Com student, said he had to submit all the documents again to get the faulty admit card fixed. “After I got the admit card I was shocked to see the picture of Lord Ganesh. After I urged the authorities to fix the mistake they asked me to submit all the documents once again. I had to suffer due to the carelessness of the university,” Roy told reporters. The university, however, distanced itself from the controversy and blamed the cyber café from where the student got the admit card printed. The student had downloaded the admit card from the official website of the university after they released it.

Conversations by women, about women…

When resistance becomes a people’s protest, only the people will prevail

Mystic Mantra: Can one be drunk and still get enlightened?

Brexit is past: We are now divided by Megxit

Think tanks’ role growing: Is that a good thing?