Anand K Sahay
Anand Sahay is a senior journalist based in Delhi.

It’s always so sad and also unbelievable when an old colleague passes on. Sudhir Tailang was someone I had known for a very long time, from about the time he began drawing for the NavBharat Times. From there Sudhir moved on to a number of publications which were rather well-known and catered to English readers. Among them I worked with him at Hindustan Times and The Asian Age and Deccan Chronicle (Here and Now).

This itself show the range he had travelled in his thinking and in his work. It’s not every day that we see journalists and cartoonists switch from not-so-well-known Hindi publications to extremely well-known English ones because there is both a sociology and a class gap here. Sudhir made that transition without effort and without consciously thinking that he was moving from one kind of pasture to another. 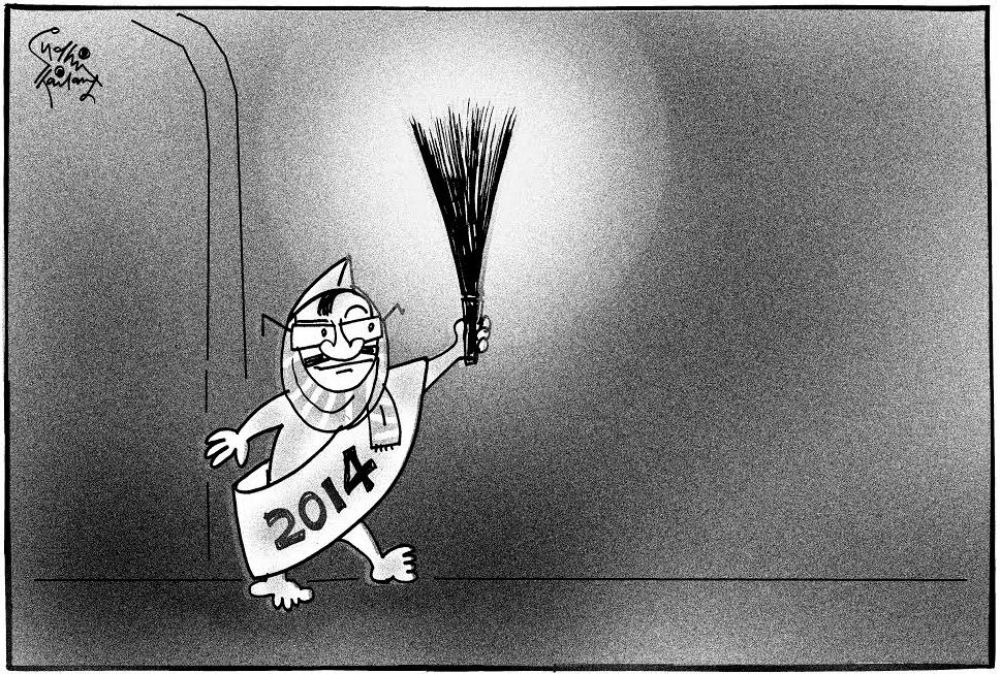 It was evident from the nature of his art and drawing that Sudhir was at ease in quite disparate worlds. And perhaps this comes through most clearly in his choice of subjects. 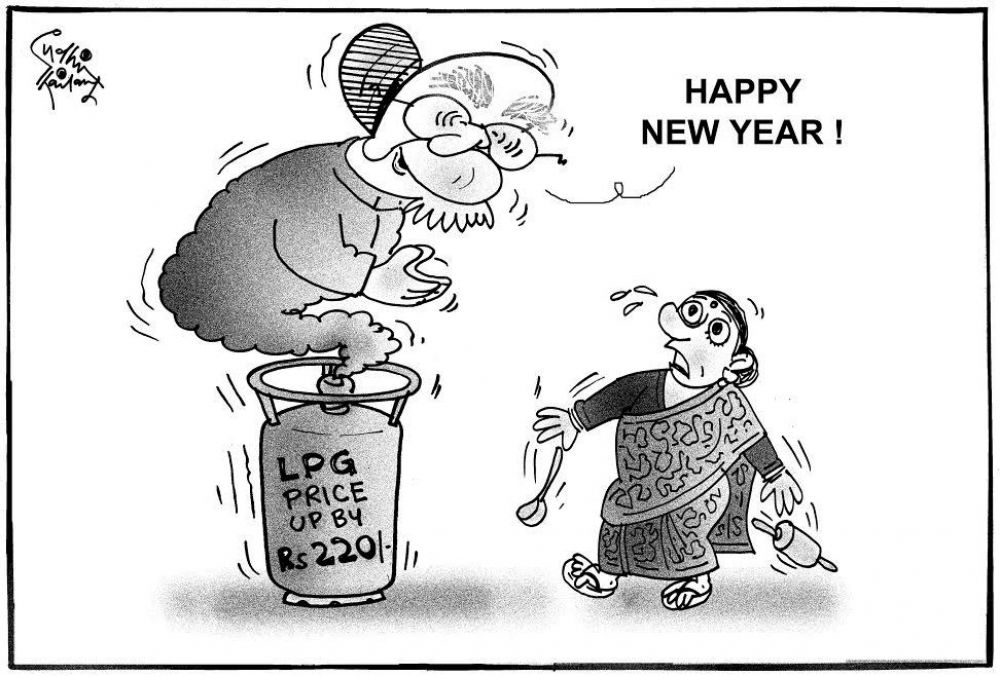 He did not necessarily choose the big talking points of the political spectrum on a given day but would surprise with subjects that concern ordinary people as they negotiate the turns of life. 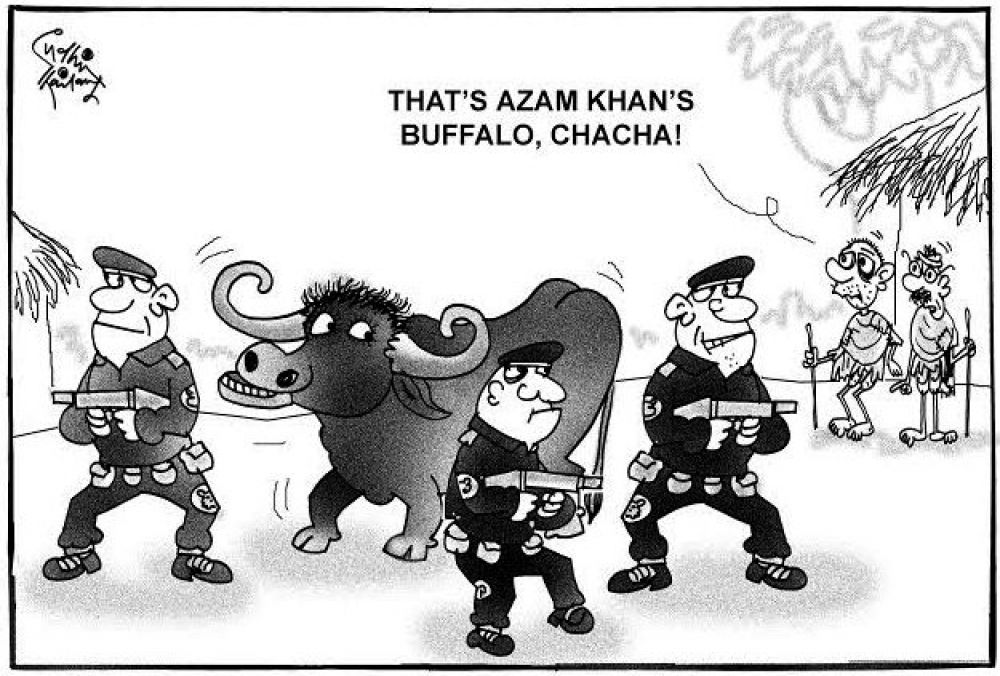 At a major English newspaper I knew him quite closely as a member of the editorial team. Our edit meetings were usually focused as all kinds of topics that fill newspapers were discussed in order to find edit-worthy subjects. 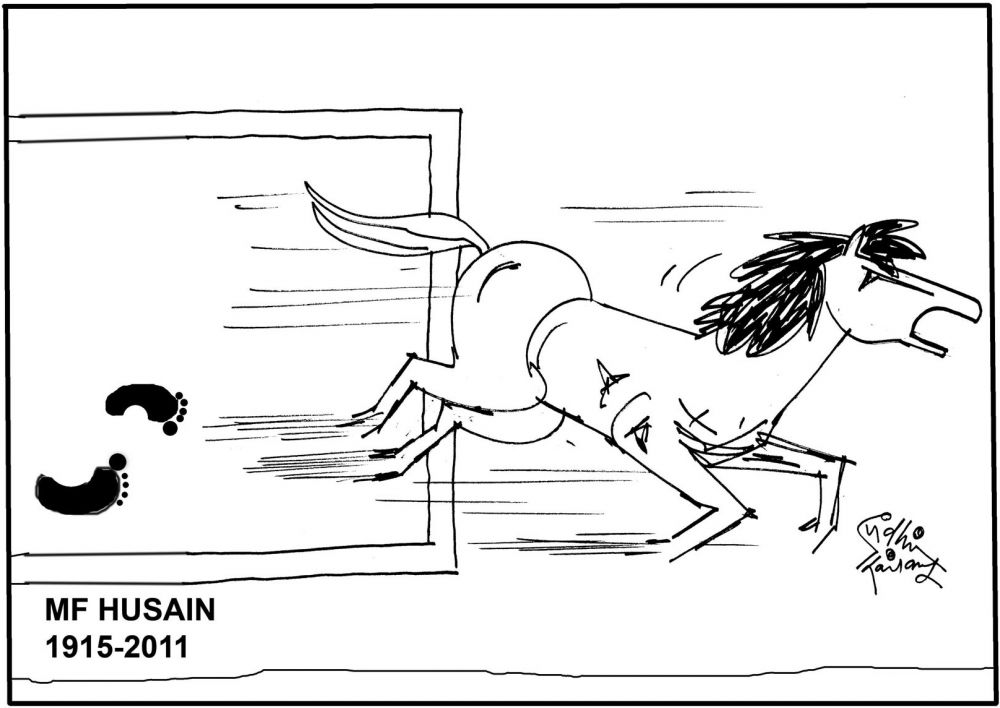 Sudhir’s observations were inevitably serious but conveyed in a light manner and even if we did not choose to write editorials on some of his ideas, we knew that his contributions to the discussions could not be easily brushed aside.

Sometimes he would choose to draw those things and the cartoons would play back to us the seriousness of the points he was making in the edit meetings. Typically those in the business of writing editorials have advanced degrees or great interest in reading and sometimes acute journalists come through to this side of newspapering on the strength of their observations and experience. 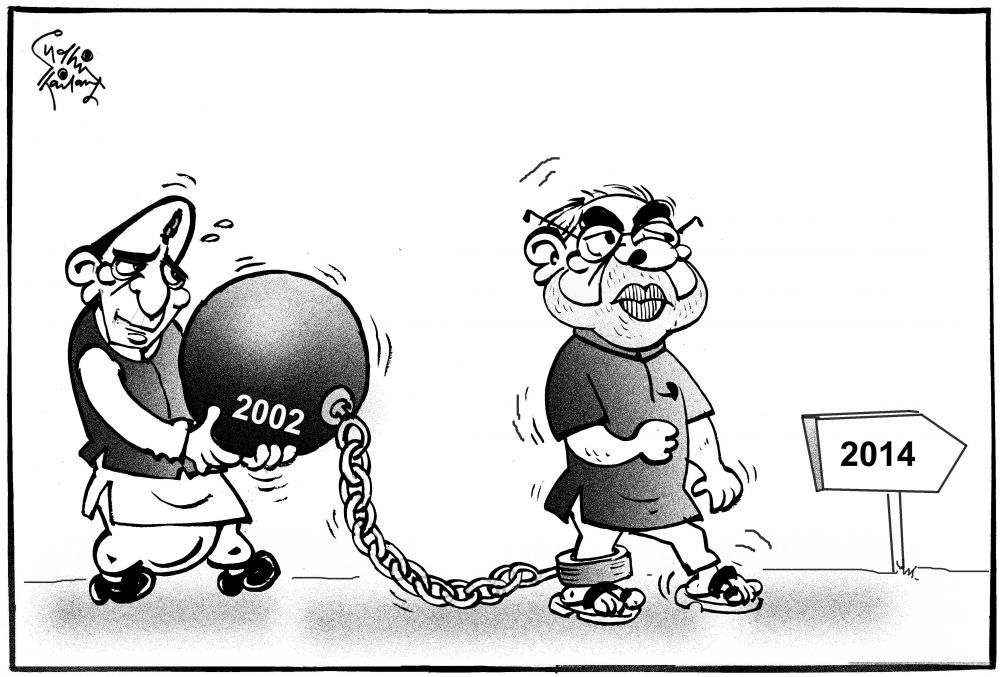 In our country this is usually taken up a great deal with looking at those who direct politics and policies and forms the staple of news reports, editorials and also cartooning. Sudhir was a little bit different. He seemed to bring to his everyday work his observations of everyday people and their everyday lives. He was, of course, not unaware of politics or policy. 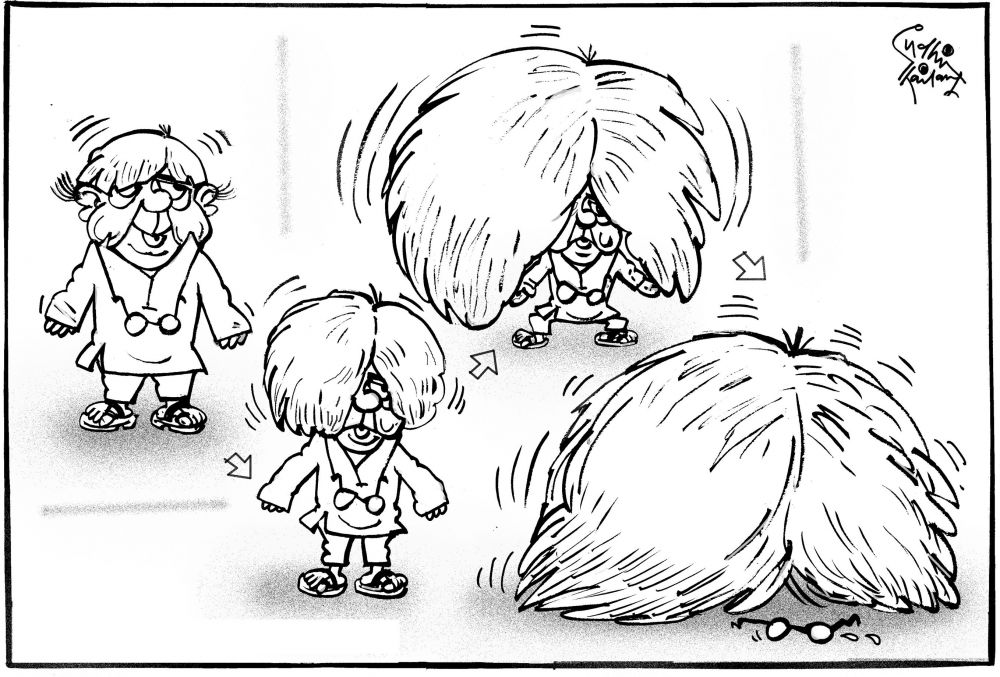 But perhaps he gave these aspects secondary importance. Maybe it is this which was the reason for his great admiration for R.K. Laxman among the cartoonists of our generation grew up with. Sudhir was a deadly serious fellow who worked hard through the day on his drawings, but he liked to meet people and he liked parties. 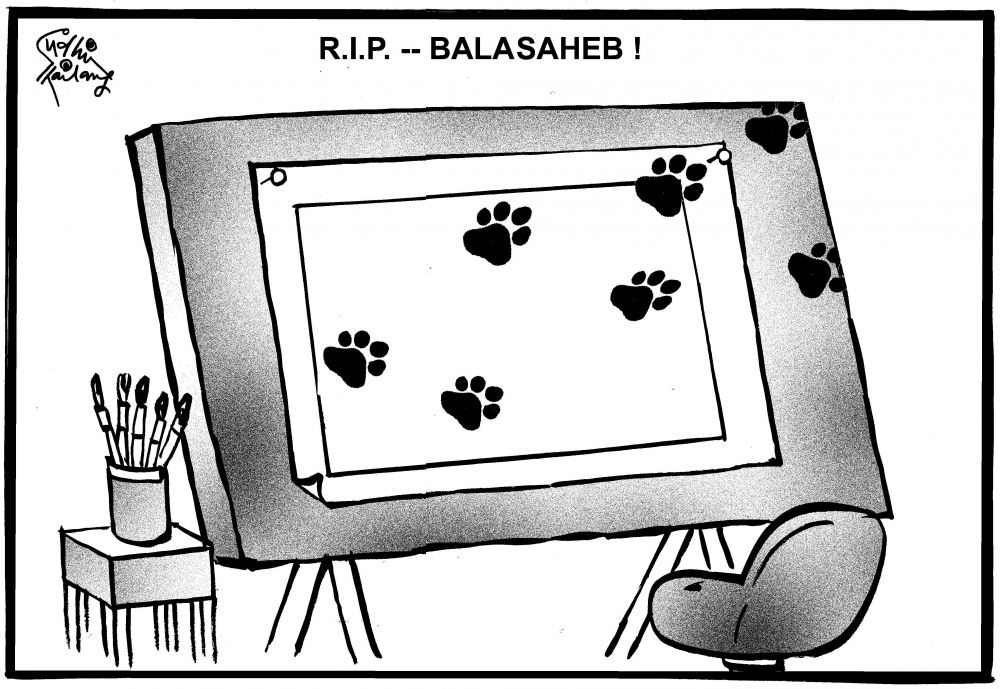 He had numerous friends and acquaintances among the movers and shakers it is hard to say whether he necessarily saw them as friends. Perhaps they were more objects of reflection, especially when they were their non-official selves. He was a very sober and a very accessible senior journalist. He was extremely well-known. I remember when he was given a Padma Shri. So when we met we congratulated him and just laughed about the award and that was that. He carried these things lightly on his shoulders.

He spoke with all manner of people easily and he was unfazed in most situations. Cancer caught him a few years ago and took him in the end. It was certainly a very premature death. He had enough in him to go on for much longer.

Personally, on hearing of his demise I felt sad. We had not been in touch for some time. This was possibly also for the reason that I’d have liked to hear his take on the arrival and progress of this government, which is distinctly different in its style and flavour from any of its predecessors. Out of curiosity I want to ask him what’s going on today. His replies may not be reassuring but I’m sure they would be balanced. Rest in peace, old friend.

Sudhir Tailang was the link between the legendary cartoonists of Indira-Rajiv era and the emerging cartoonists of PVN-Lalu-Manmohan Singh era. He represented the best of both eras. He was traditional but not orthodox, subtle yet never afraid to land a strong punch. His fascination for the art of political cartooning inspired him to make documentaries on cartoonists. He held cartoon shows, gave talks on cartooning and helped spread this art beyond the newsroom. He was indeed the superstar of the Indian cartooning world. There’s a huge shortage of political cartoonists in India. With Sudhir’s demise, we’re poorer today.

Sudhir Tailang created a cartooning genre of his own which remained completely uninfluenced by anyone from within or outside the country. He is a textbook for all budding aspirants of the craft who wish to take lessons in irreverence, originality and humour.

Anand K. Sahay | The idea behind capturing power in any kind of way: fair or foul

Sanjaya Baru | Ideology or competence: What do the voters want?

Imagining a safe India, after coronavirus