Knowing well that he has to tread a middle path for his political sustenance, Odisha chief minister and Biju Janata Dal president Naveen Patnaik, who is maintaining equidistance from the BJP and Congress, reacted with caution to the Union Budget.

A bitter rival of the BJP, Mr Patnaik appreciated a portion of the Budget and criticised some of its provisions, ostensibly to defuse the boiling anger of the saffron party against him, especially for his government’s alleged “inaction” to punish the accused involved in the gangrape of a 14-year-old dalit girl in Kunduli, Odisha.

The BJP leaders, however, read his statement between the lines. The saffron brigade, which has been trying hard to take advantage of the Kunduli gangrape issue, mounted more heat on the Naveen Patnaik government. In a public meeting addressed by Union minister and BJP’s CM face Dharmendra Pradhan in Cuttack, the BJP played the voice of the gangrape victim who before committing suicide had narrated before the media the horrible crime perpetrated on her by three security personnel.

With the plot lost, the BJD strategists changed their stand and all its spokespersons switched their gear to reverse mode. They, in unison, lambasted the Budget dubbing it as “anti-poor” and “anti-farmer”. 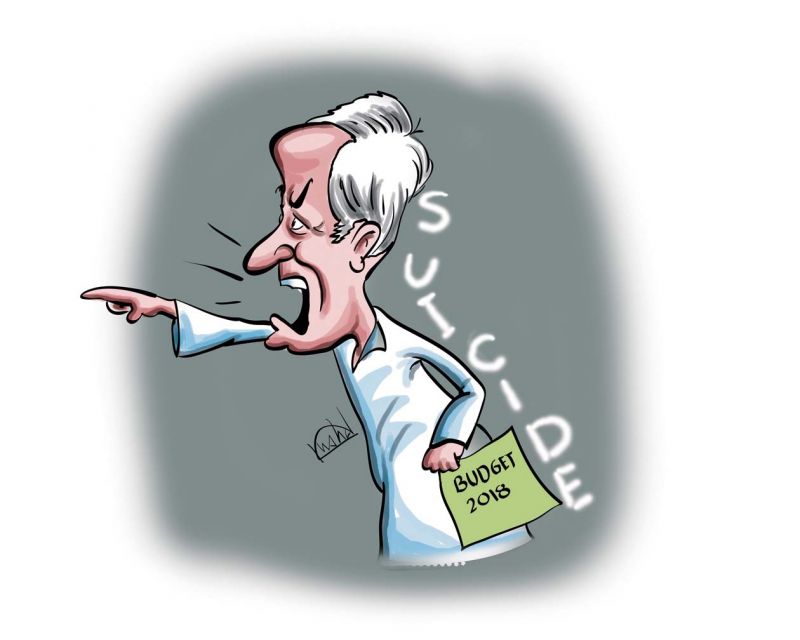 Pakoda trouble in UP
Ever since Prime Minister Narendra Modi made that now-famous remark about “pakoda sellers” in a television interview, trouble is brewing for all roadside pakoda sellers in Uttar Pradesh.

While political parties are trying to drive home a point by setting up “pakoda” kiosks, the police is cracking down on those who sell pakodas for a living.

Recently the Aam Aadmi Party set up a stall to sell pakodas in Lucknow when the cops chased them away. Two pakoda sellers stationed outside the Samajwadi Party office were also shooed away by the municipal authorities.

Sensing the political mileage that pakodas seem to be getting, a group of unemployed youths, including two lawyers, have started a “Pakoda Chai Service” in the state capital. Since these are educated youth, they demand reasons from the cops before they are bundled off.

The cops, meanwhile, term this as pakoda trouble. “We are fed up with this pakoda business. We cannot shut it off without a reason and the netas will not let it run,” said an exasperated cop. The pakodas sure are frying in hot waters…

Mohan Guruswamy | India’s agriculture: The failure of the success…

A ‘thug’ army meets ‘Made in India’ steel